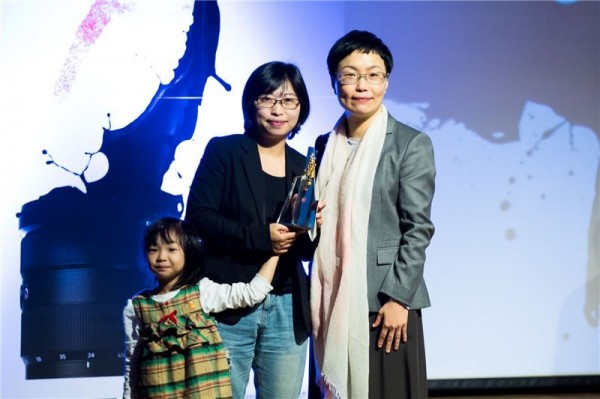 Huang Hui-chen is a filmmaker and a social worker who expresses her concerns over issues such as migrant and aboriginal rights through documentaries. Her first full-length feature "Small Talk,” a documentary unveiling her story and her closeted mother's painful past, won the Teddy Award for best LGBTQ documentary at the 2017 Berlinale.

Born to a lesbian mother and an abusive father, Huang's mother ran away with Huang and her sibling to escape from the forced marriage when Huang was ten. Since then, Huang had been performing as a "leader of parade” and other folk rituals with her mother to make a living.

Though they lived under the same roof, Huang and her mother barely interacted as her mother kept almost everything to herself. Her mother's sexual orientation and social values and judgments made Huang suffer and question her mother for twenty years.

The turning point in Huang's life was when filmmaker Yang Li-chou (楊力州) came to her to make a documentary on girls who performed death folk rituals. The experience opened Huang's eyes to documentary filmmaking and made her realize that she can interpret and define herself through this manner.

After studying how to make films at a community university, Huang decided to repair her mother-daughter relationship through camera. For the first time, Huang was able to approach, get close, and speak to her mother with the help of the lens.

"Small Talk,” the full-length version of her short film "The Priestess Walks Alone (我和我的T媽媽),” is Huang's attempts to understand and connect with her mother. During her personal journey, she explores sexuality - which was not openly discussed in Taiwan during her mother's time - through simple questions and scenes from their daily life.

In addition, the film shows Huang's courage in revealing her own secrets - a woman who didn't finish elementary school, a single mother with a daughter, and a daughter ashamed of her mother, who brought female lovers home.

In the last interview of the film, Huang confronts her mother on the table by asking her direct questions that she had refused to face in the past. The one-cut scene powerfully shows the tension and distance between Huang and her mother, as well as Huang's longing for her mother's love.

Huang hopes that by telling her story, she could help those faced with similar experiences or situations. As for the Huang family, the mother-daughter has begun to change for the first time after the mother saw their own story from a different perspective via cinema.