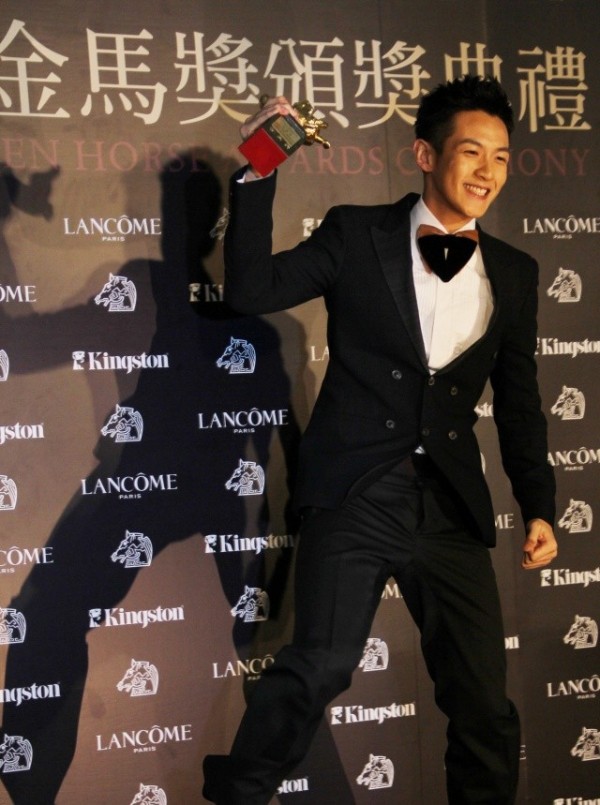 Kai Ko emerged as a new teen idol after shooting his debut film "You Are the Apple of My Eye” in 2011. He played a high school student named Ko Chin-teng in the blockbuster adapted from Taiwanese novelist Giddens Ko's semi-autobiographical work of the same title.

Taiwanese singer Harlem Yu, a good friend of Ko's father, introduced him to the film's producer Angie Chai, who later became his agent. Ko, who had had no experience in acting at all, admitted he felt great pressure after being picked as the leading actor.

The retro high school boy-meets-girl story in the late 1990s successfully reminded many audiences, both young and old, of their bittersweet memories from high schooland their first romantic rash. Both Kai Ko and the leading actress Michelle Chen became popular stars among local audiences as well as those in China, Hong Kong and other Chinese-speaking countries.

The film directed by the novelist himself was a huge box-office hit. In Taiwan, it becomes the third best-selling film of all time, raking in more than NT$400 million (US$13.5 million). It is also the top-selling Taiwanese film in mainland China and highest-grossing Chinese-language movie in Hong Kong.

Ko's natural flair for the troublemaker role also earned him a Golden Horse Award, Asia's equivalent of the Oscars, for Best New Performer in late 2011. The judges said his performance exceededthe expectations for the role and that his eloquence was exceptional.

Following his success in acting, Ko also released one music album in 2011. His latest cinematic release is the highly anticipated 'Road to Mandalay' by noted director Midi Z, in which he co-stars with actress Patty Wu (吳可熙). "The Road to Mandalay” tells the story of two illegal immigrants who fall in love in Thailand.