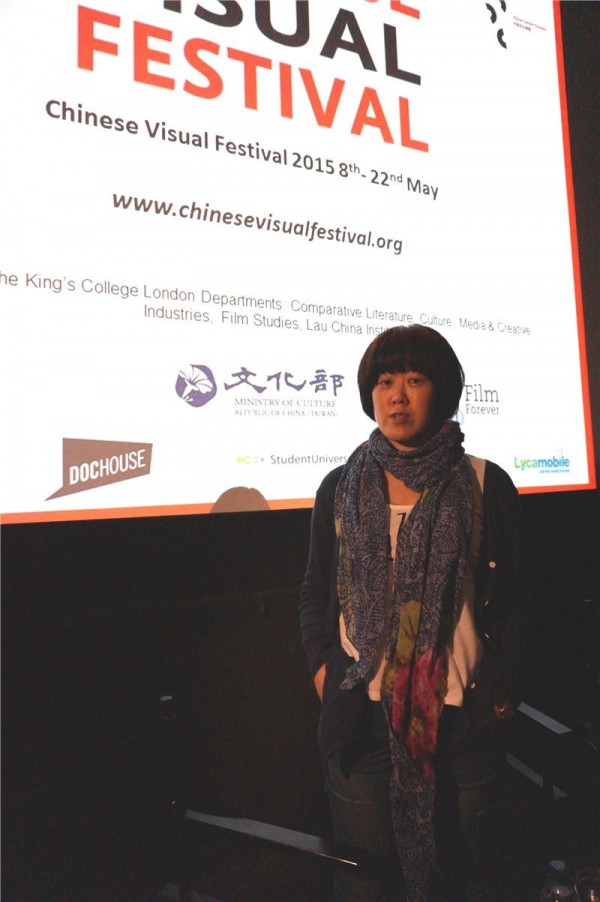 Singing Chen is an award-winning screenwriter and director whose works focus on the human side of arts and culture. Her ability to depict the most subtle of details has earned her several accolades, including the awards for Best Narrative Feature and Most Promising Director for "Bundled (我叫阿銘啦)” at the 2001 Taipei Film Festival.

Chen started to make films when she was studying mass communications at Fu Jen Catholic University. She began exploring social issues and conducting field studies on homeless people across Taiwan, which later became the source materials for many of her works after she graduated in 1997.

"Bundled,” Chen's debut feature film in 1999, revolves around a homeless man who used to be a prize-winning writer. The film expresses Chen's concern over Taiwan's society and reflects the relatable lives of ordinary people. The film was selected to be screened at numerous international film festivals and won several awards.

In 2000, Chen released the documentary "Who Is Fishing (誰來釣魚),” which explores the relationship between mankind and land. It captures the territorial and sovereignty issues over the Diaoyu Islands from a human angle instead of a nation's perspective. The documentary was nominated for the prestigious Golden Horse Awards under the Best Documentary category.

In 2007, Chen again highlighted the blind spots and underlying problems in Taiwan's society through the film "God Man Dog (流浪神狗人).” It presents three independent storylines that eventually intertwine, touching upon the issues of religion, homelessness, and hypocrisy with a pleasant and humorous approach.

Upon facing a lack of inspiration in 2004, Chen accepted a request from the National Culture and Arts Foundation to make an in-depth documentary about Lin Li-chen (林麗珍), one of Taiwan's top choreographers and the artistic director of Legend Lin Dance Theatre.

"The Walkers,” which was completed a decade later in 2014, presents how Lin and her troupe members find art in daily life by training in forests to become more in tune with nature. Their tranquil state of mind, which helps to refine performance techniques by identifying only the essential elements of life, was aptly captured by Lin.

During filming, the troupe was working on a production called "Song of Pensive Beholding (觀),” thus the entire trial-and-error process was thus recorded in the film. The production went on to become one of the troupe's largest successes.

By capturing Legend Lin's overall determination and persistence and delivering a different side of the nation's spirit, the Chen-Lin collaboration successfully demonstrates the strength of Taiwan's cultural creativity through the combination of their arts.