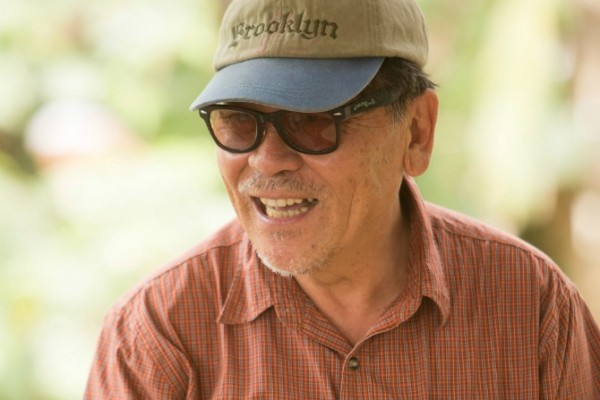 As one of the filmmakers of the Taiwanese New Wave Cinema movement in the 1980s, Wang Toon specializes in depicting the nuances of human emotion from a historical context. His arts education also bestows a different set of aesthetics upon his films. Having directed twelve films in the past three decades, Wang has won a number of accolades, including three Golden Horse Awards for Best Feature Film.

Born in the Chinese province of Anhui, Wang relocated to Taiwan in 1949. He studied fine arts at the National Taiwan University of Arts and upon graduation he worked as an art designer for the Central Pictures Corporation from 1966 to 1970.

In 1981, Wang made hisdirectorial debut with "If I Were for Real (假如我是真的).” Adapted from the novel of the same title by Sha Ye-xin (沙葉新), the dark comedy mocks the society and politics of mainland China after the Cultural Revolution. The film won Best Feature Film and Best Adapted Screenplay at the 18th Golden Horse Awards.

Wang went on to make several more critically acclaimed films in the 1980s. Among his works, "Straw Man (稻草人),” "Banana Paradise (香蕉天堂),” and "Hill of No Return (無言的山丘)” reflect Taiwanese history through the depiction of great hardships and misery. For their honesty and humanitarianism, the three films are dubbed "the trilogy of contemporary Taiwan.”

In 1995 came along "Red Persimmon (紅柿子),” an autobiographical film based on Wang's childhood memories. Set in a time when the Nationalist government retreated to Taiwan, the film expressed the fear and anxiousness of those who resettled in Taiwan and reflected contemporary history through Wang's own story.

In 2015, Wang switched tracks and released an epic romance film called "Where the Wind Settles (風中家族).” Taking place amidst the Second Chinese Civil War, Wang's latest film presents the turbulent times of Taiwan and life-changing events of the common people.

Despite that for-profile commercial films are now trending in Taiwan, Wang still remains true to his original objective of making films - to touch the heart of the audience. Made with this intent, "Where the Wind Settles” is both heartwarming and painfully empathetic in its depiction of families permanently separated by the Taiwan Strait.

After working in the film industry for three decades, Wang has now shifted his focus from making films to fostering film professionals, as he believes that what the Taiwanese film industry needs today is new film talent to become truly sustainable.