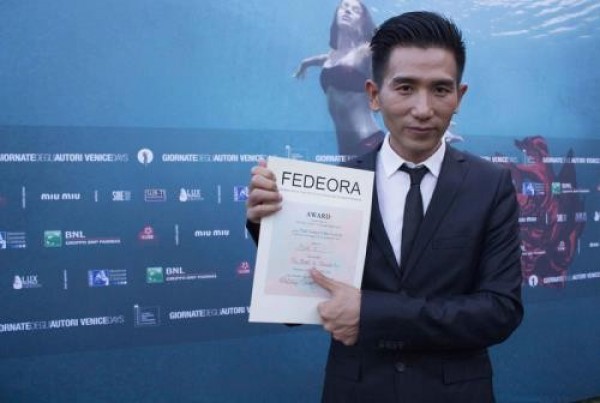 Midi Z is a Myanmar-born Taiwanese director whose 2013 feature film "Ice Poison (冰毒)” made him the youngest filmmaker ever to be featured in the "Discovery” section of the Festival International du Film de La Rochelle. As a filmmaker who mainly tells stories about Burmese-Chinese heritage and history, Zhao was named Outstanding Taiwanese Filmmaker of the Year by the Golden Horse Awards in 2016.

Born to a poor family in Myanmar, Zhao's family spent one month's worth of living expenses and saved up for another half an year - 80% of which was provided by his older sister working in Thailand - to help him attend high school in Taiwan and seek a better life.

Living in Taiwan alone since 1998, Zhao earned his degree in design at the National Taiwan University of Science and Technology. He decided to step into the film industry after his graduation film project "Paloma Blanca (白鴿)” was widely screened at international festivals based in Australia, South Korea, Denmark, France, and Spain.

Zhao's Burmese background and the personal experiences of his family are sources of inspiration, and he strives to bring the situation of Myanmar migrants to the big screen. "Ice Poison,” his third full-length feature, portrays how poverty forces a couple to become drug smugglers and eventually drug users due to hardships in life. The realistic film was screened at the 64th Berlin International Film Festival, and went on to win the best foreign film award at the 2014 Edinburgh International Film Festival.

In 2016, Zhao took inspiration from his older sister's real-life experiences to make the film "The Road to Mandalay (再見瓦城).” Like many Burmese people, his sister smuggled herself into Thailand and hoped to one day make it to Taiwan. Starring actor Kai Ko (柯震東) and actress Patty Wu (吳可熙), the film unveils the plight of Burmese migrants by detailing the lives of a young migrant couple in Thailand and how their different ambitions drove them apart.