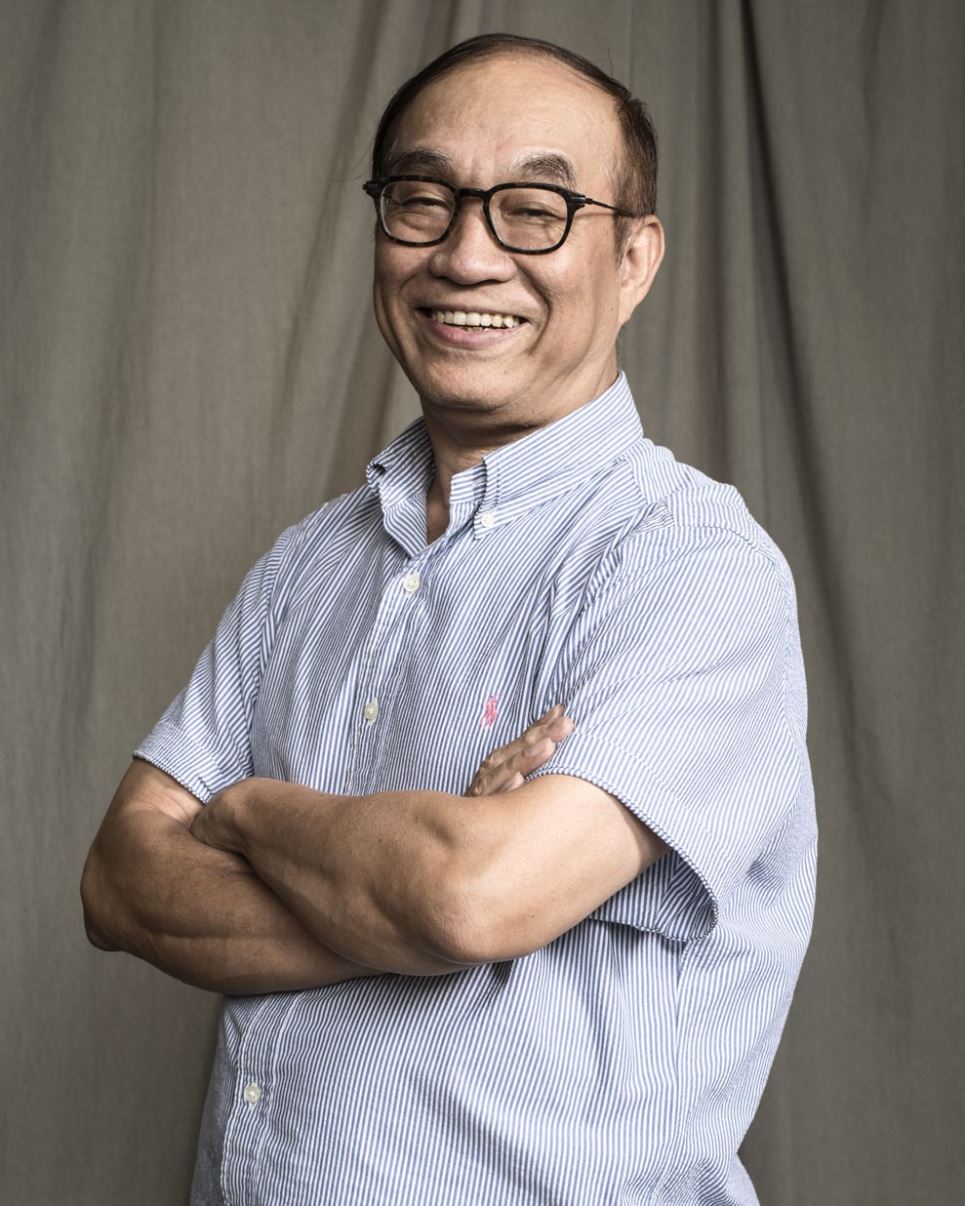 Widely addressed as "Uncle Liao," Liao Ching-sung is a veteran of the film industry as a producer, a screenwriter, and particularly an editor. Hailed for his exquisite editing skills, Liao has worked with many of Taiwan's most outstanding filmmakers, earning the unique sobriquet of "nanny to Taiwan New Cinema." In recent years, he has taken to cultivating a new generation of filmmaking talent, having seen a growing gap in that regard, by working to pass on his practical experience in virtually every aspect of the silverscreen arts, from editing to production.

Liao graduated from the Central Motion Picture Corporation's first class of cinema technicians in 1973, and took up work with the company as an editor in the following year. Thirteen years later, in 1987, he directed his first film, "Be My Lovely Child Again (期待你長大)." With three decades of experience in the editing booth, and over 50 films in his portfolio, Liao has become one of the industry's most famous editors.

During the 1980s, Liao edited films for a number of Taiwan New Cinema directors, including Edward Yang (楊德昌), Hou Hsiao-hsien (侯孝賢), and Chang Yi (張毅), earning a reputation for "nannying" such films through their tumultuous "infancy." At the same time, he also became one of the new Central Motion Picture Corporation directors, and the films of the Taiwan New Cinema directors he had worked with had a profound impact on his own approach and attitude toward editing.

Among those directors, Liao was particularly close with Hou. The two first met when Liao was an editor's assistant at the CMPC working on the documentary "A Little Military Recreation (陸軍小型康樂)." That would mark the start of a partnership that would span three decades. More recently, given a serious rift in generations of film talent, Hou and others founded the Taiwan Film & Culture Association. The association began holding "apprenticeship" activities, with Liao tapped to pass his editing skills on to the next generation.

Liao's 30-plus years of editing work have spanned across the CMPC's military propaganda policy period and the Taiwan New Cinema movement. He served on the executive committee of the 38th Golden Horse Awards in 2001, and the following year won the Golden Horse Award for Taiwanese Filmmaker of the Year.

The film world is already well familiar with Liao's superlative accomplishments in feature films, but a number of documentaries, short films, and even student films have benefited from his talents. It could be said that he has a genuine soft spot for aspiring filmmakers who lack resources but not passion, as well as for facilitating the exchange of cinematic skills. Currently, Liao works for Bafang Video Broadcasting.

The years of effort this master has put in behind-the-scenes work eventually saw the Golden Horse Executive Committee rewarding him with the Special Contribution Award at the 55th Golden Horse Awards in late 2018. The chair of the committee, director Ang Lee (李安), remarked that the award was "well deserved."

Amazed to receive the award, Liao humbly responded that "What I do is simple, I just help the films be seen," adding, "as long as I can help, I will help." Already 68 years old when he received the award, Liao also joked that he still has plenty of films left in him: "Just wait, maybe when I'm 80 or 90 I'll be back for my Lifetime Achievement Award."