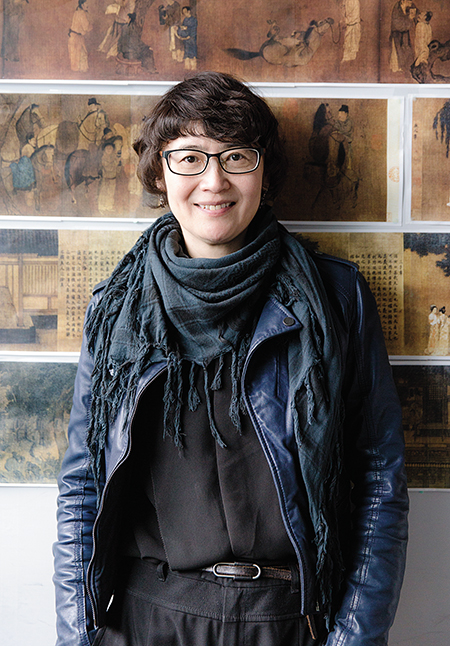 Hwarng Wern-ying (also credited as "Huang Wen-ying") is a veteran production designer who has served as the long-term art director of auteur Hou Hsiao-hsien as well as the supervising art director for "Silence" by filmmaker Martin Scorsese. In 2018, she became a member of the US Academy of Motion Picture Arts and Sciences upon invitation.

When Huang was a university student, several outstanding playwrights and theater directors such as Stan Lai (賴聲川) and Jade Y. Chen (陳玉慧) all returned to Taiwan to develop new plays. Being influenced by them, Huang went on to study theater at the University of Pittsburgh and art at Carnegie Mellon University after graduating from the National Tsing Hua University with a degree in Chinese literature in 1986.

Her partnership with Hou began in 1994, with Huang's aesthetic aptitude and strong capabilities creating visual design of different styles for Hou’s improvised and diversified settings. Over the two past decades, they have created six films together, including "Good Men, Good Women (好男好女)," "Millennium Mambo (千喜漫波)," and "Three Times (最好的時光)."

Her collaboration with Hou on "Flowers of Shanghai (海上花)" and "The Assassin (刺客聶隱娘)" has earned her accolades from Taiwan’s Golden Horse Awards for best art direction and best makeup and costume design, respectively.

In 2015, Huang served as supervising artistic director for Hollywood director Martin Scorsese's feature film "Silence," which was shot in Taiwan. Her talent in telling the story through visual means earned recognition from the film's production designer Dante Ferretti, who later recommended Huang to become a member of the Academy of Motion Picture Arts and Sciences in 2018.

In recent years, Huang has branched out from the motion pictures industry and began engaging in design and production work for Taiwanese theater troupes such as Lanlin Theatre Troupe (蘭陵劇坊), Godot Theatre Company (果陀劇場), and GuoGuang Opera Company (國光劇團).

To Huang, the visual context used for stage plays should be eye-catching and exaggerated as there is a greater distance between performers and the audience. Films, on the other hand, are played on high-definition screens, so the visual design should be exquisitely detailed and well-researched.