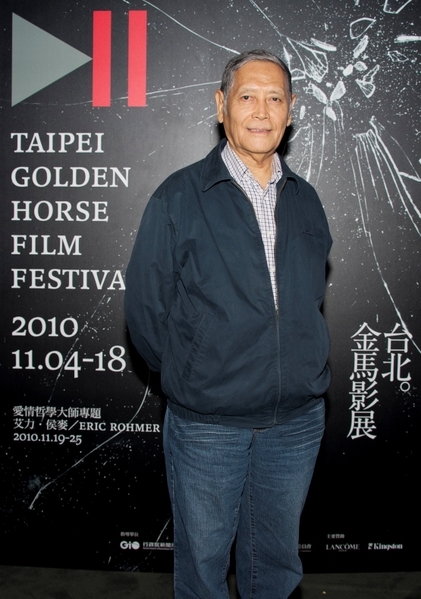 "Shih Chun" is the stage name of Chang Shih-hua (張石華), a graduate of National Taiwan University's Department of Livestock Science. In 1965, he was invited to join director King Hu's Union Film Company (聯邦影業公司) and play the leading actor in "Dragon Gate Inn (龍門客棧)," the first movie of Shih's acting career. Ever since then, Shih became an indispensable staff member in Hu's wuxia, or martial arts, films and one of Hu's close friends.

With "Dragon Gate Inn" of 1967, Shih successfully created an unprecedented model for chivalrous-style Confucian roles in contemporary wuxia movies. He then created an inimitable place for himself with his excellent interpretation of the elegancy of a traditional Chinese academic in "A Touch of Zen (俠女)" during 1970.

In "Legend of the Mountain (山中傳奇)" of 1979, he superbly interpreted the complicated psyche of a Buddhist sutras translator who fell in love with a creature disguised with a beautiful womanly appearance, thereby winning a nomination for Best Leading Actor at the 16th Golden Horse Awards.

In "The Wheel of Life (大輪迴)," co-directed by Hu, Lee Hsing (李行), and Pai Ching-jui (白景瑞) in 1983, Shih vividly and skillfully interpreted three evil roles — a general of the secret imperial guards of the Ming dynasty, the head of a performance troupe in the 1900s, and an evil shaman in the modern world. The three roles were in sharp contrast to the morally decent characters he had long played in previous movies. With great success in this latest movie, he became named the Best Leading Actor by the 28th Asia Pacific Film Festival.

Shih acted sparsely in TV shows when he served as a director of the Taipei Film and Drama Union. But now, as chief executive of the King Hu Arts and Cultural Foundation, he is dedicated to preserving and promoting Hu's works.

In 2012, the 49th Golden Horse Awards bestowed its Lifetime Achievement Award to Shih in recognition of his performance achievements and extraordinary contributions. In May 2014, he was invited to take part in the 67th Festival de Cannes to celebrate the restored edition of "Dragon Gate Inn" as a heritage film under the Cannes Classics segment, which aims to highlight works of the past by presenting new or restored prints.

In a career spanning nearly half a century, Shih has been a dedicated and professional actor, who insisted on acting in no more than one project at a time. He mostly played roles featuring calm, unique personalities and usually selected screenplays very thoughtfully — except for the ones directed by Hu — resulting in only a handful of movies that starred him as lead throughout his career.

In addition to his excellent acting skills and outstanding cinematic presence, Shih remains highly praised by his peers for his modesty and grace outside the silverscreen. Director Hou Hsiao-hsien (侯孝賢) also addressed Shih as a chivalrous scholar-warrior at the 49th Golden Horse Awards ceremony.

Throughout his career, Shih has accumulated many glowing achievements. He is always respected as a role model by his younger peers for his dedicated professionalism, deep respect for mentors and ethics, and self-restraint. Whether in the public eye or private life, Shih is hailed as the best archetype of gentlemanly wuxia stars.