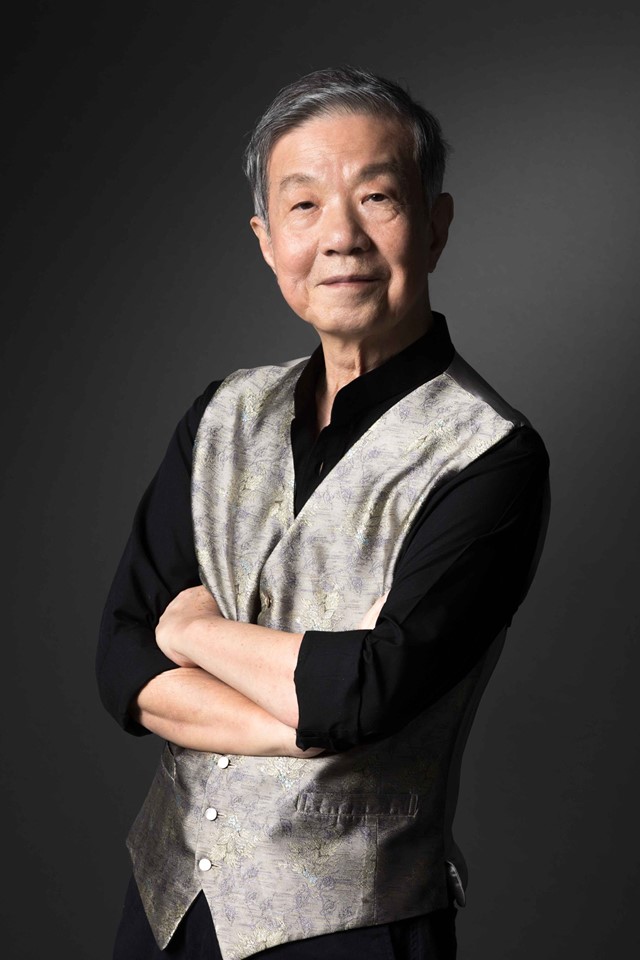 Wen Lung-hsin is a world-renowned composer, ensemble and orchestra founder, and painter. His rich portfolio encompasses music for ensemble, chorus, symphony orchestra, and concerto, as well as ballet, musicals, and children’s opera performances. His representative pieces include "Phenomena Series," "Digital World," and "Budaixi Fantasy A, B." Nearly half of his compositions have incorporated Hakka and indigenous music elements to present Taiwan's diverse cultures.

Wen started learning to play the violin and piano when he was seven, and at the age of thirteen, he began to study composing music as well as painting. In 1964, he was admitted by the National School of Art, predecessor of the National Taiwan University of Arts, as a violin music performance major. During his academic years, he was mentored by Hsu Tsang-houei (許常惠), a pioneering musician in Taiwan's modern music history. He also joined the Sunflower Music Society formed by composer Chen Mau-liang (陳懋良) to create fresh music with other members.

In his junior year, Wen started engaging in space notation, a score-reading system that utilizes spatial position of tones to represent notes. This system later became one of the composition methods he excels at most. In addition to studying classical music, Wen also took courses on analog circuit and loop circuit design respectively at the National Taiwan University and the National Taipei University of Technology, which paved the way for his creation of electronic music later on.

In 1975, Wen secured the second prize for "Phenomena II" at the International Guadeamus Composer Competition, marking the first time that a composer from Asia won a Guadeamus prize. In 1989, Wen established Taiwan's first academic center on electronic music at Fu Jen Catholic University. Through organizing electronic music workshops for participants to develop and create music, he helped pave the foundation for this particular music genre to blossom in Taiwan.

After relocating to the United States in 1995, Wen was invited by New York University to serve as a resident composer in 1997. Upon retirement, Wen was often commissioned to compose music and perform in music events held across the world. Despite living overseas, Wen always remembers his roots – Taiwan, the place where his inspirations come from. Therefore, he has been dedicated to sharing his experiences and creations to give back to the music community in Taiwan.