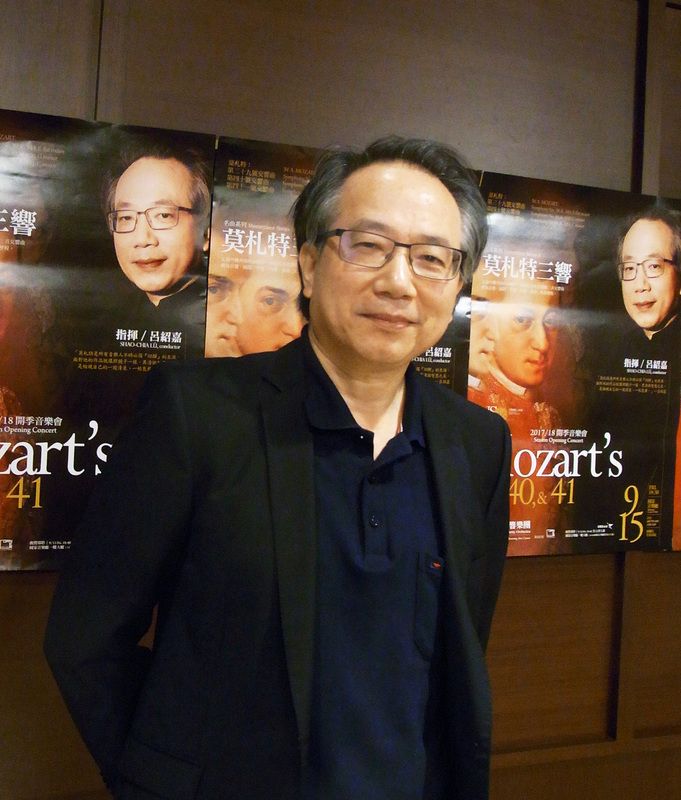 Lu Shao-chia is a Taiwanese conductor who excels at directing concerts and operas. He rose to prominence after winning top prizes at three prestigious conducting competitions — Besancon (France), Pedrotti (Italy), and Kondrashin (the Netherlands). In 2004, he received the Peter-Cornelius-Plakette, the highest cultural award of the Rhineland-Palatinate region.

Lu studied music at the National Taiwan University and was mentored by Felix Chen (陳秋盛), former director of the Taipei Symphony Orchestra. Later he went on to study at the University of Music and Performing Arts Vienna, and started his career in Germany. From 1995 to 2006, he served as the principal conductor of Komische Oper Berlinand as well as music director of Koblenz Theatre, Staatsorchester Rheinische Philharmonie Koblenz, and Staatsoper Hannover.

After becoming an established conductor, Lu returned to Taiwan in 2010 to serve as music director of the National Symphony Orchestra (NSO, also known as Taiwan Philharmonic). With an eye on long-term growth, he led the troupe to try different repertoires and styles, bringing lesser-known pieces onto the stage and developing comprehensive programs.

He also collaborated with theaters in other countries and held tours across the United States and Europe to introduce the Taipei-based orchestra as well as Taiwanese compositions to foreign audiences. Under his leadership, the National Symphony Orchestra's performances were widely received by audiences at home and abroad. The orchestra also succeeded in elevating its status in the international arena.

Lu's term as music director of NSO will end in 2020. After amply fulfilling his responsibilities to the national orchestra, Lu will remain active in Taiwan's classical music scene as an independent and revered conductor.

"The 2019/20 season is my last season as the music director of the NSO. With all my heart, I wish to thank you for your constant support and love for the NSO. Since the first day I took office, the establishment of our identity and self-awareness in the world of music has been my calling," he stated in the season brochure.