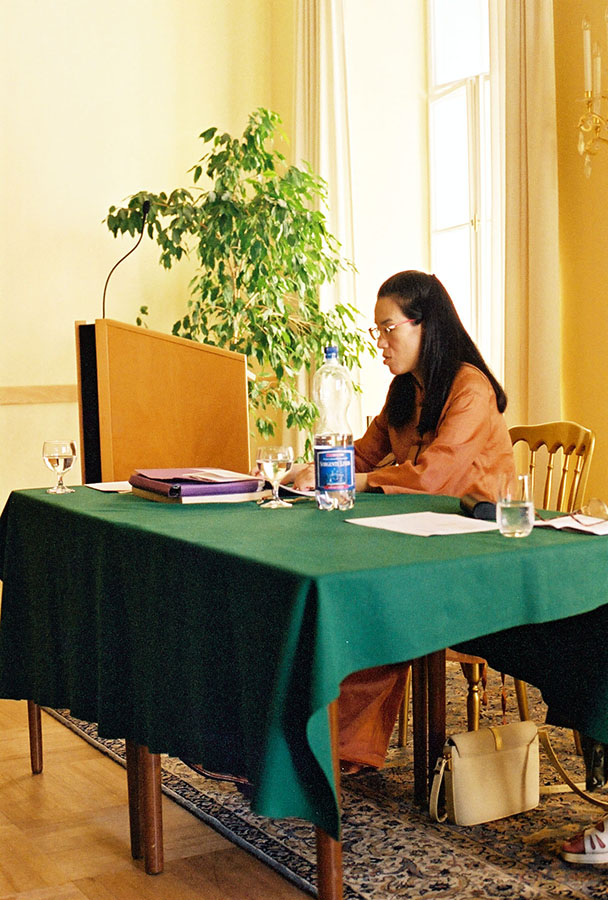 Based on her study of traditional European musicology, Lo Kii-ming has launched groundbreaking studies of opera production and opera video recording. Also, her interdisciplinary researches involving literature and music have drawn a great deal of attention from Taiwan's literary and musical professionals, who have noticed both her studies that make art music the center of musicology, and her role in the vanguard of cross-disciplinary studies.

Lo is one of a handful of Taiwanese musicologists who have gained international fame. Her study is primarily focused on opera, the history of music, the aesthetics of music, culture and music, and cross-disciplinary arts.

She has been frequently invited to present papers at prominent academic forums both at home and in Europe, the Americas, and Asia, attesting to her brilliant achievement in her field. In her academic research, literature and music, which are often thought to be irrelevant to each other, are seamlessly tied together and marvelously interpreted from her lively perspective.

Interestingly, Lo is already a world-famous musicological scholar, but her bachelor's degree has nothing to do with music at all. In fact, she earned it from the Department of Textile and Clothing at Fu Jen Catholic University.

When working at a trading company after university, Lo found herself fascinated by music and began studying musical theory and music history by herself. She joined the Taipei Philharmonic Chorus (台北愛樂合唱團) and then decided to study musicology in Germany.

She began studying at Heidelberg University in 1980, majoring in music while minoring in Sinology and ethnology. She did not perceive the importance of music to culture and life until she soaked herself in musical works and studies at the school.

In 1989, Lo received her Ph.D. in musicology from Heidelberg; her research dissertation was titled "Turandot auf der Opernbühne." This was also the result of her studies of ethnology and the start of her interdisciplinary studies covering music, literature, and music-related art subjects.

In 1989, she returned to Taiwan to begin her teaching career at Fu Jen University and National Taiwan Normal University, where she lectured in classical music, and opera in particular, as a general education class. With her unique emotional and academic perspectives, she has always been able to convert the complicated aesthetics of operas into an easy-to-understand subject for students. She is now helping more people learn about and appreciate classical music, thanks to her broad knowledge of music and cross-disciplinary arts.

Lo feels that any research achievement in musicology must begin with the music itself, which she elaborates to mean that only by deeply exploring the innermost nature of music can researchers achieve their goals, whether creating new fields of study or analyzing intriguing new issues. Therefore, she has dedicated much of her time since returning from Germany to writing music critiques, breathing new life into Taiwan's music criticism field.