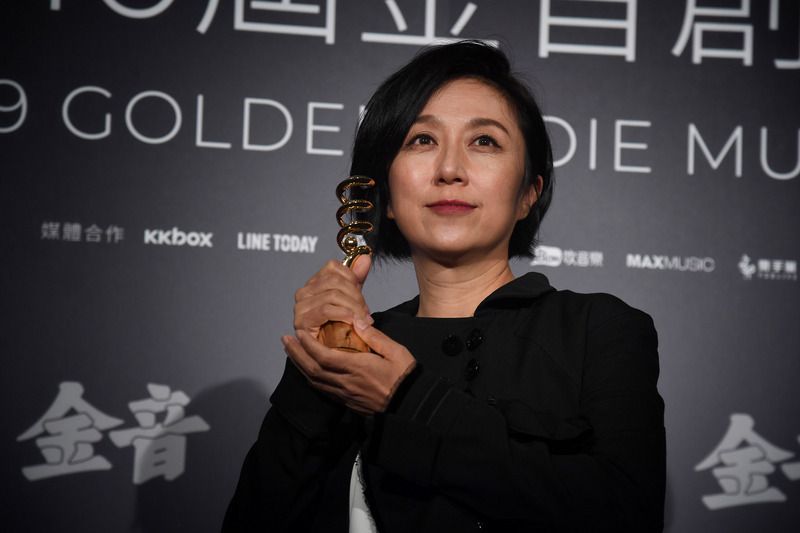 Huang comes from a piano-playing family, starting from her grandmother to her uncle, who is a third-generation piano teacher. Huang remarked that she did not like practicing piano as a child, but out of all the other musical instruments, piano was the only instrument she insisted on. Mainly, she was eager to make her own piano music, and wanted to replicate the lovely songs she heard on television and radio.

In second grade, Huang's mother took her to watch Brigitte Lin's (林青霞) film "Gone with the Cloud (雲飄飄)," and she fell in love with the music score in the film. She repeatedly asked to hear the songs again, and her mother gave her a vinyl record and a record player. This was the moment when she knew that music would become a large influence in her life.

In junior high, at the young age of 14, Huang formed a female singing group together with her three friends, and signed up for a campus folk song competition. They performed so well that they were awarded best prize together with Jonathan Lee’s (李宗盛) Wood Guitar band (木吉他合唱團).

After signing with Rock Records, Huang release her first solo album "Melancholy Boy" in 1986. The album was well-received, but her next album "Blue Beer Sea (藍色啤酒海)" propelled her to stardom. Huang continued to release albums and her integration of metropolis dance, fusion jazz, and classical symphonies in her works made her unique in the Mandopop music of that era.

In addition to her own records, Huang devotes a lot of time and effort in composing lyrics and producing music for other singers. Her fifty-plus song compositions helped create many popular music artists and many of her songs are now classics.

In 2001, Huang was invited to participate in director Wu Nien-jen's (吳念真) stage production "Conditions of World (人間條件)" for Greenray Theatre Company (綠光劇團). Huang thought she was invited to assist with creating the soundtrack for the production, but was instead handed a script for a stage role, and thus Huang added theater acting to her repertoire.

In 2007, Huang became part of a jury panel for popular television singing competition "One Million Star (超級星光大道)," which lasted for seven seasons. In 2011, she was awarded the Golden Melody Best Mandarin Album for her "Good Years (美好歲月)" album, and in 2013, Huang received the Golden Melody Best Instrumental Composition Award. In 2016, Huang was named Best Creative Artist by the 7th Golden Indie Music Awards.

One of her recent transnational collaborations is with contemporary Japanese artist Miwa Komatsu (小松美羽) on HTC VIVE's virtual-reality film "Inori (祈禱)," which was screened at the 2019 Venice Film Festival.

Huang has been in the music industry from the era of "campus folk songs" to the height of Mandopop that was dominated by artists from Rock Records and UFO Records. She has experienced the prosperity of the music industry, the replacement of records by digital mediums, and the rise and fall of the entertainment industry in Taiwan and Asia. Huang remarked that she has always wanted to use music to tell stories, evoke common experiences, and commemorate both sad and happy memories.

Huang was bestowed the Outstanding Contribution Award at the Golden Indie Music Awards in 2019. Accepting the accolade, she declared that she was receiving the award for all the behind-the-scenes crew members including sound engineers, composers, and songwriters, because without their contributions, Huang felt she would never have been able to create all these wonderful works. "Creation is the culmination of life experiences and proof of existence. Use your heart to create music notes, and continue to love and create," she added.