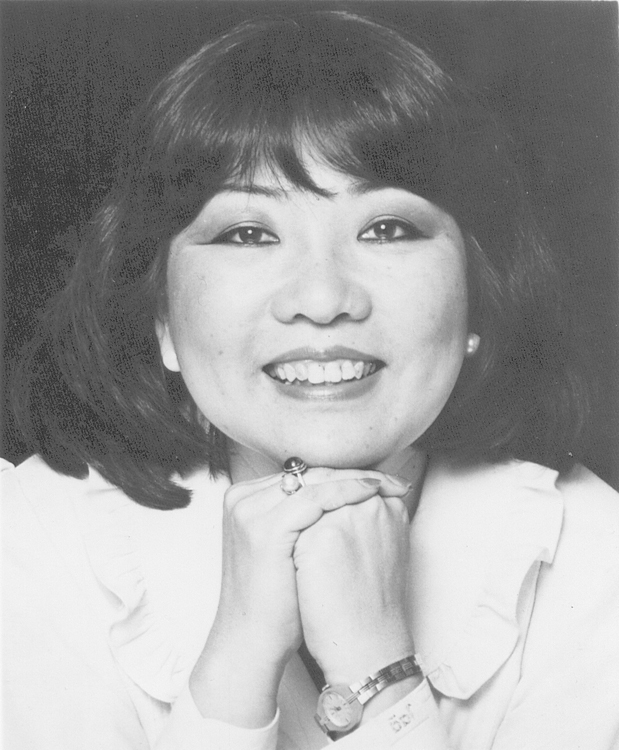 • Name: 席慕德
• Born: March 3, 1938
• Birthplace: Beijing
• Did you Know That …?
Hsi, the older sister of the well-established contemporary poet Hsi Muren (席慕容, also credited as Xi Mu-rong), has spared no effort to perpetuate music education. At the age of 77, Hsi donated a collection of her performance programs, photos, audiovisual materials, and newspaper clippings to the Taiwan Music Institute as part of a national digitization and archival program dedicated to preserving Taiwan's musical heritage.


Acclaimed Mezzo-soprano Phyllis Gomda Hsi is the first non-German artist to tour the countries of Southeast Asia for a total of 23 performances of "lieders," German art songs crafted for showmanship, under the sponsorship of the nonprofit cultural association Goethe-Institut in Munich.

Raised in Hong Kong, the experienced concert performer developed her love for music at a young age. She took vocal lessons with E. Gualdi, an American professor of Italian descent, and later became a vocal performance major at Taipei's National Taiwan Normal University (known as Taiwan Provincial Normal Institute then) from 1958 to 1962.

After graduation, the Beijing-born musician remained in Taiwan as a teaching assistant at her alma mater until she furthered her studies on a scholarship from the German government at Hochschule für Musik und Theater München, one of the most respected vocational universities in the European country.

The revered songstress graduated with honors in 1966 and crafted a distinct career shortly after obtaining a vocalist diploma.

In the spring of 1967, the singer of Mongolian descent passed the examination as a featured soprano at the Theater Regensburg in Germany. In the following year, Hsi held a number of solo concerts in major cities in Austria, Belgium, Germany, and Switzerland.

Upon returning to Taiwan in 1971, Hsi devoted her time to nurturing the next generations of musicians as the instructor of vocals and lieders at her alma mater as well as at Soochow University and China Culture University.

After three years of teaching, Hsi left for New York to study vocal skills with the legendary opera diva Eleanor Steber, as she believed only through further training could she craft truly amazing performances.

Hsi made her New York recital debut at Carnegie Recital Hall in 1977 and made a vinyl album in 1982 covering a variety of music genres including western classical symphonies and Mandarin folk songs. The album, reissued on CD in 2018, is catalogued at the New York Public Library for the Performing Arts at Lincoln Center.

During her time in the United States, apart from touring solo across North America, Hsi had also been invited to perform and give lectures on the lieder art form in Singapore and Hong Kong.

Throughout her seven-year term from 1999 to 2006 as director of the Association of Vocal Artists of R.O.C. (中華民國聲樂家協會), a Taipei-based organization that aims to encourage contemporary vocal compositions, Hsi took a step further to promote Taiwan's vocal arts through designing certification examinations for vocalists and holding singing contests to boost their profiles. With such endeavors undertook by Hsi, the Taipei German Lieder Competition in 2001 and 2008 were both successful.

Joined by celebrated poets and composers, Hsi was also committed to the promotion of contemporary Mandarin art songs. She complied and published three volumes on the art form by introducing several composers in 2000, 2003, and 2009, respectively.

Apart from being a mezzo‐soprano and an extraordinary teacher, she is praised for writing with great fluency and mastering different types of writing styles. Her works span from proses about music to singing performance reviews and lieder translations, which all serve as important reference for voice majors.

Hsi’s relentless efforts and passion for vocal arts did not cease with her retirement from the National Taiwan Normal University in 2003. The 83-year-old artist continues to deepen new generations of vocalists' musicianship and their singing techniques through publications and music events.