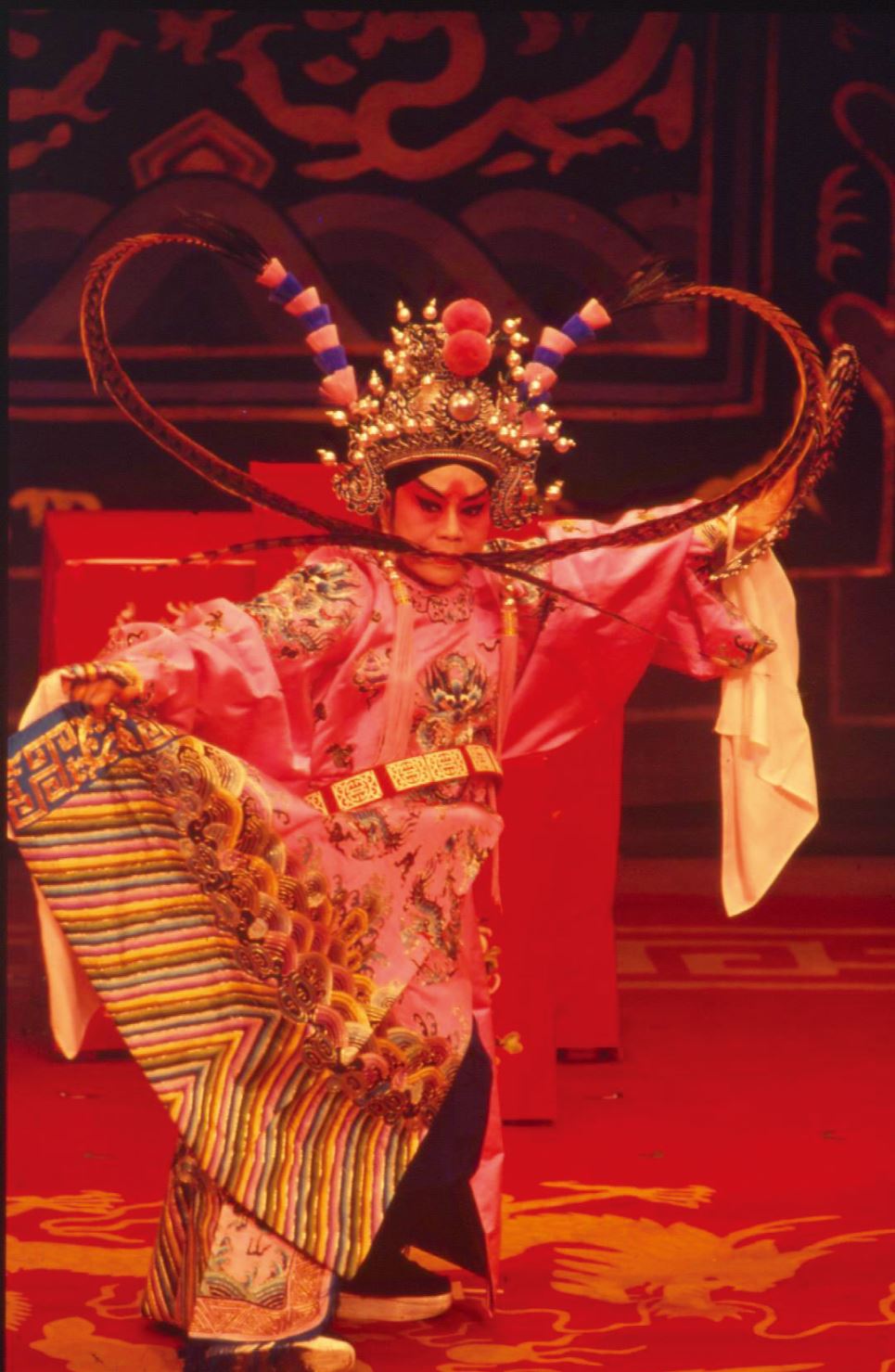 Pan Yu-jiao is a well-acclaimed Luantan opera performer who was given the honorific title of Luantan Jiao (亂彈嬌) by her fans. Luantan is the Taiwanese name for Beiguan music, meaning "Music of the North," and encompasses elements from all forms of traditional Chinese drama and musical theater apart from Kunqu opera.

Pan comes from a family of Luantan performers founded by her grandfather Pan Rong-shun (潘榮順), who was the famous Dong Sheng-yuan (東勝園) troupe's director; her father, uncle, and older brother were also Luantan performers. Unfortunately, Pan's father passed away when she was four years old, and she grew up with her mother, who was a cook for the troupe, and they leaned on each other to survive.

At the age of 11, Pan followed her uncle Zhong A-zhi (鍾阿知), who was well-known for performing rituals with the marionette of deity Zhong Kui (跳鍾馗), and his troupe, as they performed and traveled around the country.

After the Japanese ruling era, the cultivation of this art form changed. There were no more contracts and rigorous training; instead, young artists had to absorb the troupes' shows and learn by imitating the senior performers.

At the age of 15, Pan officially became Luantan performer Wu Shui-mu's (吳水木) apprentice, learning the art of xiao-sheng roles. Pan was a fast and dedicated learner, and quickly absorbed all of Wu's teachings. Therefore, only half a year later, Wu had Pan make her debut on stage, and her acting reputation began to spread.

As Pan performed more frequently with many different troupes, her talent quickly attracted many fans and she became extremely popular in central and northern Taiwan. She was a versatile performer able to play many roles apart from xiao-sheng, including lao-sheng (老生), qing-yi (青衣), and zheng-dan (正旦) to utter perfection.

When Pan was 21 years old, she married the talented Luantan musician Qiu Huo-rong (邱火榮). Qiu came from a family well-established in Beiguan music — his father, Lin Chao-cheng (林朝成), had an outstanding reputation in their community, while his mother, Qiu Hai-mei (邱海妹), had performed in traditional theater since childhood and made a name for herself in xiao-dan (小旦) roles.

In 1990, after four decades of performing on stage, Pan was awarded the "Folk Arts Heritage Award (民族藝術薪傳獎)" by the Ministry of Education for representing Beiguan opera on a national level.

In an effort to help revitalize the flagging Luantan form, Qiu and Pan also founded the Luantan Jiao Beiguan Opera Troupe (亂彈嬌北管劇團) in 1990 and brought in many top-notch Luantan musicians and performers. They began working to get Luantan opera performances into concert halls, and "Yellow Crane Pavilion" became a must-watch performance during Taipei's annual arts season.

Even with the changing of times and Luantan's declining popularity, Pan has kept her motivation and enthusiasm for preserving and pass on this art form by teaching and cultivating new performers, regardless of class, occupation, gender, or age. She is committed to passing down the essence of Luantan performances, in addition to preserving and recording its melodies.

At the age of 80, Pan continues to preserve and promote such opera performances as a "National Living Treasure" of Taiwan upon receiving the title from the Ministry of Culture in 2014.