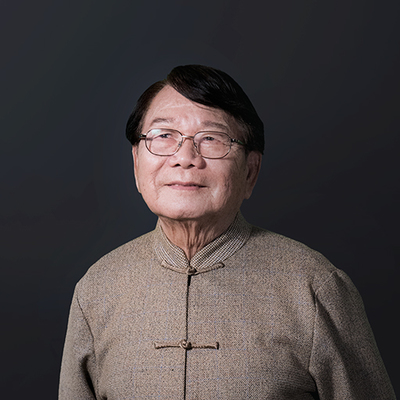 Zhuang Jincai is a musician in the beiguan style. He first joined a troupe at the age of 13, proving proficient at wind, string, and percussion instruments alike, with the veterans in the troupe praising him as someone who could do it all.

Zhuang was born in 1935 in what is now Dongshan Township, Yilan County. His father, Zhuang Mu-tu (莊木土), was a member of a local beiguan troupe, and so he was exposed to this musical form from a young age. At the time, Taiwan was still under Japanese rule, and with the onset of the Kominka (Japanization) Movement and the outbreak of World War II, the Japanese government began to crack down on traditional Taiwanese art forms.

As a result, the elder Zhuang left the troupe and moved to Su'ao to make a living as a carpenter. After Su'ao was bombed by Allied forces, he moved back to Dongshan. After the end of the war, the family moved to Luodong, where the elder Zhuang reformed the old troupe with some old comrades. This time Zhuang Jin-cai, along with his younger brothers Jin-wang (進旺) and Jin-zai (進在), joined in as extras, marking the start of his education in the art.

From on-stage performance to off-stage scriptwriting, Zhuang Jin-cai became known for his comprehensive skill set and earning praise as someone who could do it all. He is also skilled in koa-á-hì music, having completed several adaptations of classic plays.

In 1988, Zhuang founded the Hanyan Beiguan Troupe in Luodong. To satisfy the preferences of different audiences, they took to performing beiguan in the day and koa-á-hì at night. The troupe has performed at events all over Taiwan, as well as at Taipei's prestigious National Theater. Over time, Zhuang slowly turned his attention to providing accompaniment off-stage.

For almost a decade, he has taught beiguan techniques to members of the Luodong-based Fulan Club (福蘭社) free of charge. On top of this, to cultivate a new generation of outstanding beiguan performers, outside of running his troupe, Zhuang also often heads to schools and community groups to teach. At present, he is also employed as an adjunct professor in the Department of Traditional Music at Taipei National University of the Arts.

In 2009, the Yilan County Government named the Hanyan Beiguan Troupe among their first batch of important preservers of traditional arts, in further recognition of the hard work that Zhuang has put into keeping this piece of precious cultural heritage alive for Taiwanese society.