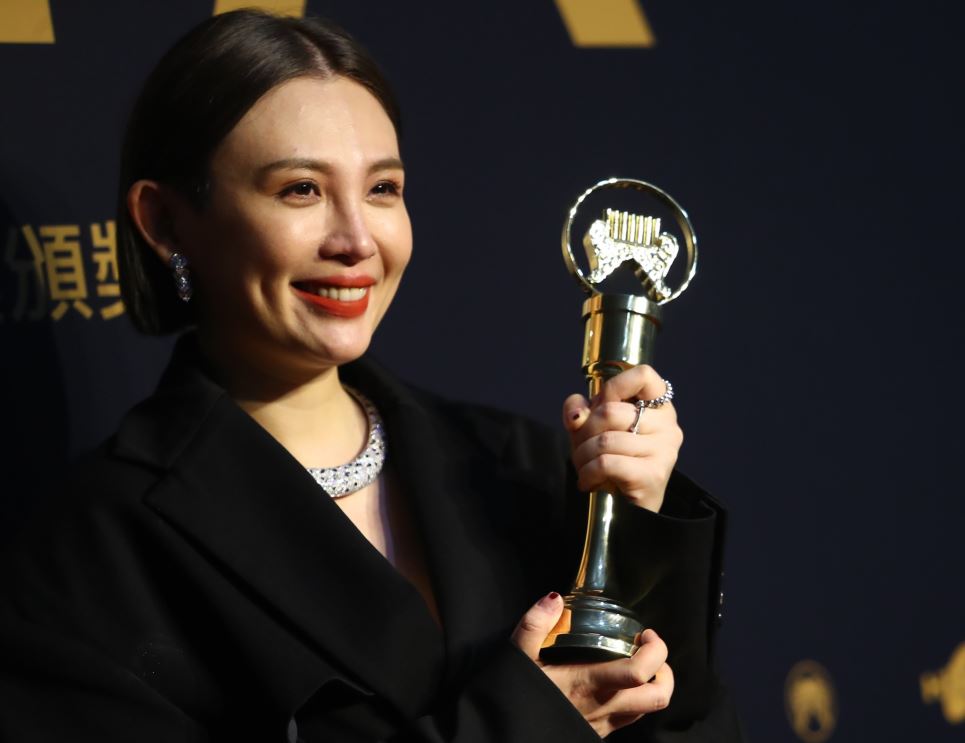 Name: 魏如萱
Date of Birth: Oct. 10, 1982
Birthplace: Hualien County
Did You Know That?
Waa Wei (魏如萱) temporarily left the music scene to live in Hong Kong due to a vocal cord injury in 2006, which was the turning point of her singing career. After resting for nearly a year, she returned with the first solo album. Many fans found that her voice, tone and style have changed considerably as compared to her previous works.

Waa Wei (魏如萱) grew up in Hualien, Taiwan. Her younger sister Queen Wei (魏如昀), who is two years younger than her, is also a singer and songwriter.

Wei loved singing since she was a child and was determined to become a singer. When she was older, she was admitted to the Taipei Hwa Kang Arts School (臺北市華岡藝術學校). In her senior year, she accompanied her classmate to a singing competition and unexpectedly won the first prize. She later scored a record label deal with Mandala Works (真言社, disbanded in 1995, replaced by Magic Stone records), a subsidiary of Rock Records (滾石唱片).

In 2003, Wei recorded the background vocals for the album of Taiwanese Mandopop rock singer Faith Yang (楊乃文), earning her approval. She later began to compose songs with bassist Tsai Kun-chi (蔡坤奇) and formed the band "Natural Q (自然捲樂團)." She made her official debut by releasing the band's first single in the same year. "Natural Q" produced mostly indie music, with simple and clear lyrics describing things that are part of everyone's everyday life.

In 2004, Natural Q released the album "C'est la vie," which, without any marketing budget, set a new sales record for a Mandarin-language band. The album was shortlisted for the 11th Singapore Hit Awards and the 16th Golden Melody Awards (金曲獎).

However, shortly after releasing the second album "C'est la vie Vol. 2 (大捲包小卷)," Wei announced her withdrawal and moved to Hong Kong due to a vocal cord injury.

Having withdrawn from the music scene, Wei hit the lowest point of her life, feeling as though there was no future ahead. She indicated that she was unable to sing loudly because of her vocal cord injury and referred to leaving "Natural Q" as the saddest part of her journey.

After spending a year in recovery, she returned to the music scene and released her first solo album "La Dolce Vita (甜蜜生活)," bewildering fans with a distinctive new voice. Regarding this, Wei explained that the apparent differences in a person, depending on whether he is in the bedroom, in the living room or out in the public, are not changes but rather all part of oneself. The period she is in, the perspectives she has on life and the partners she surrounds herself with can all shape the music style of her works.

She pointed out that everyone had doubts about her works in the beginning, whether it was the change in vocal styles or rendering songs with a distinctive voice, yet these are all the ways in which she expresses her innermost thoughts.

In 2008, Wei was cast in the movie "Candy Rain (花吃了那女孩)," and she met music composer Chen Chien-chi (陳建騏) after that. Together, they created her first solo single "Bubble (泡泡)," in which she details her view on her past and current romance. In addition, she also participated in the musical "Turn Left, Turn Right (向左走向右走)."

In 2010, she released her second solo album "Graceful Porcupine (優雅的刺蝟)."

In 2011, she released her third solo album "No Crying (不允許哭泣的場合)," which earned her the Best Mandarin Female Vocalist Award at the 12th Chinese Music Media Awards (華語音樂傳媒大獎).

In 2014 and 2016, she released her fourth and fifth solo albums, "You Lovely Bastard (還是要相信愛情啊混蛋們)" and "Run! Frantic Flowers (末路狂花)," both of which were nominated in the Best Mandarin Female Vocalist category for the Golden Melody Awards.

Each of her albums contains a different music style such as indie, rock and psychedelia, which won her the names of "hard-to-define non-mainstream musician" and "experimental vocal musician in Mandarin music scene" by music critics.

A new mother in 2019, Wei released her sixth album "Hidden, Not Forgotten (藏著並不等於遺忘)," inspired by a short story by Danish author Hans Christian Andersen. The songs in the album are filled with passion towards life, while at the same time maintaining a fine balance between rigidity and softness.

In 2020, she finally beat out top contenders to take home her first Best Female Mandarin Vocalist Award for "Hidden, Not Forgotten" at the 31st Golden Melody Awards.

Wei once said on stage, "There used to be many things that I couldn't do, yet, since I really wanted to succeed, I have finally overcome them. I want to encourage everyone—when people look down at your dreams and think you are stupid, why persist? Just remember there was a Waa Wei like you."