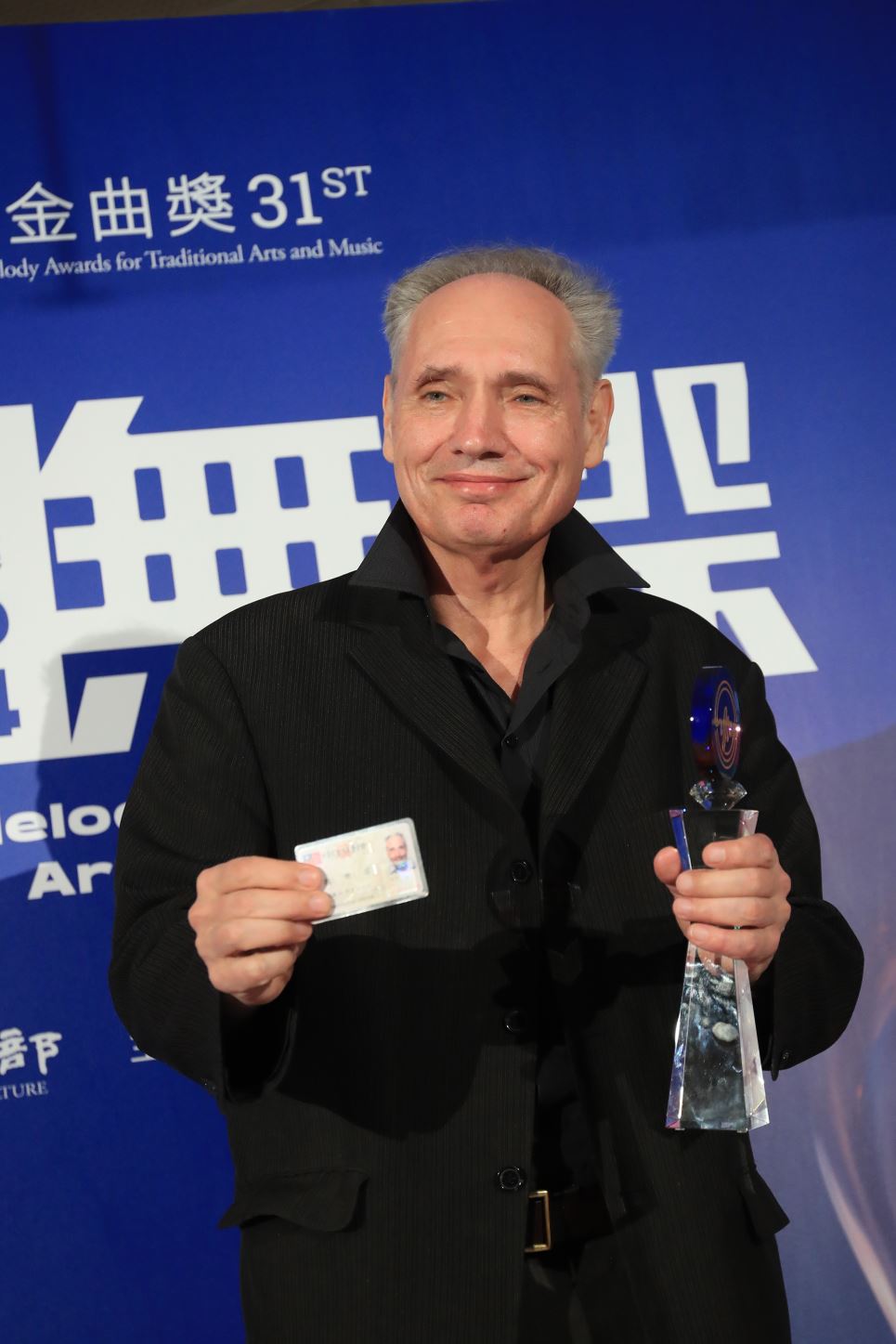 Name: 魏樂富
Year of Birth: 1954
Place of Birth: Brunswick, Germany
Did You Know That...?
Rolf-Peter Wille and his Taiwanese wife Lina Yeh are the most well-known piano duo in Taiwan, who were the first to perform piano duets in Taiwan years ago. In 2018, Wille became the sixth person in Taipei City to be naturalized as a citizen of the Republic of China for his contributions, the first musician in the country to receive this honor.

Originally from Germany, Rolf-Peter Wille performs solo as well as piano duets together with his wife Lina Yeh with an impressive unspoken rapport. As pioneers in performing piano duets in Taiwan, they have given concerts in Taiwan and overseas.

Wille said that he began learning piano at a young age, but he practiced for just 15 to 20 minutes at a time. Initially, music was not his strong point in school, as he did much better in other subjects than he did in music. In interviews, he has shared music learning experience of boys in Germany, saying that most boys who have learned music were under the influence of family tradition. He cited, in particular, the tradition of a special "Music Day” on which families will put on concerts with young and old alike playing or singing. This is, needless to say, quite different from the music culture of Taiwan.

Studying music was once a source of stress for Wille in his teens. "During the years when I was in seventh to ninth grades, the pressure was at its greatest, because my classmates would look down upon those who studied music, deeming that learning music under family influence showed a lack of courage to go against parents."

Wille's journey into music began for real when he took part in a piano competition in his hometown. A piano teacher there praised him for his talent, and this sparked an actual interest in piano in him. From then on, he began to dedicate himself to his piano lessons, learning to play pieces by Chopin, Schumann, and Brahms.

When he was 19, he enrolled in the Musikhochschule Hannover, following in the footsteps of renowned pianists like Russia's Arkady Aronov, Gary Graffman of the United States, Vlado Perlemuter of France (a disciple of Maurice Ravel), and Germany's Karl-Heinz Kaemmerling. He was also taught by two contemporary American composers, John Cage and Elliott Carter.

After graduating at the age of 24, Wille was invited to teach at Soochow University (東吳大學) in Taiwan, and since then, he has made the island his home. In 1979, he and Yeh were married, and they performed as piano duo for the first time that year. Both have deep passion for music and they have built exquisite rapport playing piano duets. The couple has even taken their pianos up Alishan and Yushan to perform, and gave "four-handed" performances on the streets of Taipei. These were all pioneering performances in Taiwan, injecting new ideas into Taiwan's artistic circles.

When he was 30, Wille went to the U.S. with his wife to continue his studies, enrolling in the Doctor of Musical Arts in piano performance program of the Manhattan School of Music in New York, while Yeh studied at the Juilliard School of Music. In 1989, the pair was honored at the 15th National Awards for Arts (國家文藝獎) for their outstanding duo performance.

Prior to his retirement, Wille held piano recitals and together with his wife have participated in various international events. They were invited to attend the Eurasian International Piano Duo Festival in Russia and made performance tours to five countries in South America, including Peru, Chile, Brazil, Argentina and Paraguay, as well as New Zealand and Australia. The couple and piano duo has won recognition at home and abroad.

In addition, they have racked up a considerable number of award-winning works. To commemorate their 30th wedding anniversary, in 2009 they released the album "30 Years of Piano Duo (雙鋼琴30禮讚)," which won the award for Best Classical Music Album and Best Performance at the 21st Golden Melody Awards.

After living in Taiwan for more than 40 years, in 2018, Wille was finally granted the citizenship, becoming the sixth person in Taipei City to be honored with special naturalization from the Republic of China and the first musician in the country to receive this honor. Over the years, he has dedicated to promoting Taiwan through music and advocating for the development of Taiwan's status in the international music scene.

Many students who have been taught by Wille remain active in the music scene at home and abroad and have remarkable achievements. A retired professor at Taipei National University of the Arts, he is one of the musicians in Taiwan who have made the greatest contributions to the field.