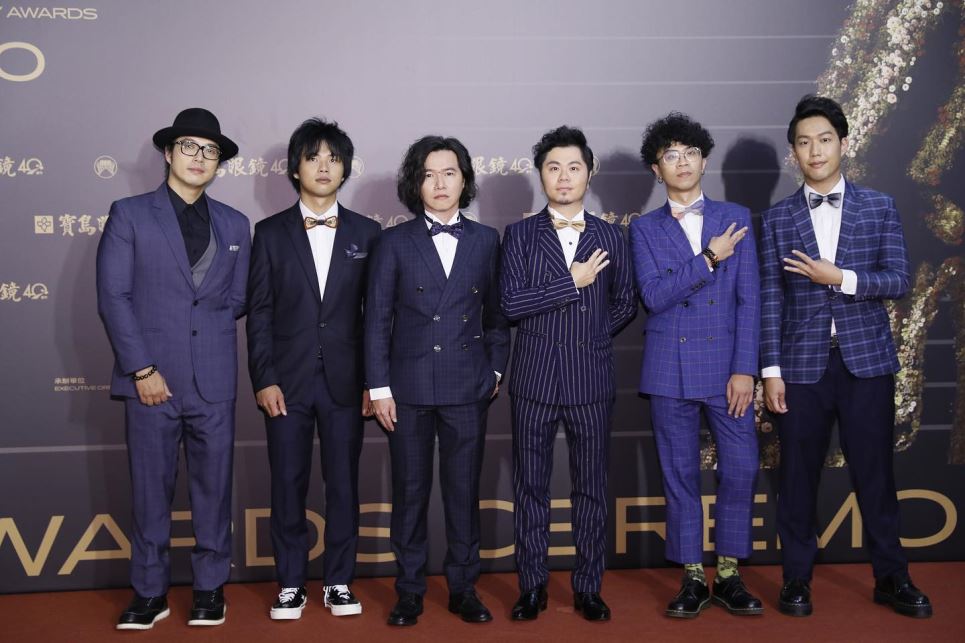 Chinese Name: 黃子軒與山平快樂團
Established: 2011
Location: Taiwan
Did You Know? The band was originally named Dark White Collar and was formed by vocalist Huang Zi-xuan (黃子軒) and guitarist Zhou Yue-cheng (周岳澄), to friends who have been toiling in the Taipei music scene since they met in high school. In 2015, the band officially changed its name to ZiXuan & Slow Train (黃子軒與山平快樂團), with Huang the band leader, Wu Dong-ying (吳東穎) on guitar, and Hu Shi-guo (胡士國) on drums. The band’s tracks are mainly in the Hakka and Taiwanese languages, with their music blending jazz, reggae, soul, and folk music. Together, they are working to promote Hakka culture and music with a mission, sing the songs of their people.

The music of ZiXuan & Slow Train (黃子軒與山平快樂團) has been hailed as the "Hakka music of future generations," bringing many innovative and diverse fusions that are taking Hakka music to a whole new level. After completing compulsory national service, Huang Zi-xuan caught the attention of producer Adia (張健偉) and began working as a musician. Since then, he has continued to be active in bands and soundtrack production with his own creations. Huang grew up in a clan village in Hsinchu and is fluent in Taiwanese and Hakka. He was also the lead singer of the bands Dark White Collar and Clockworkers, as well as the producer of several music TV programs.

The band's guitarist, Wu Dongying (吳東穎), began playing guitar at the age of 16, learning without the guidance of a teacher and developing a talent and passion for the instrument. His first song, "No Recipe for Happiness (快樂無配方)," was the first runner-up in the 2011 Lee Guitar School Singer-Songwriter Group. He has also won the Golden String Award at Soochow University and the Tamkang University Singing Contest Creative Section and Best Musician Awards.

He studied with The Drummers Collective in New York City, where he learned from famous drummers like Tobias Ralph and Flo Mounier. He specializes in rock, metal, and jazz, among other styles.

In the world of music, ZiXuan & Slow Train never limit themselves, crossing language barriers and breaking free from the old ideas and stereotypes around "minority language music," fusing jazz, reggae, soul, and hip-hop. Their lyrics are based on contemporary life and are easy to understand, breaking through the barriers of Hakka language for young listeners and bringing the language’s beauty and rhythm to life in a more relaxed way.

ZiXuan & Slow Train continue to open up new possibilities, pushing Hakka music into a whole new realm. In 2014, they launched the "Slow Train Project (山線平快計畫)," traveled to train stations throughout Taiwan to interact with local people and fans on an impromptu concert tour. Five years later, after nearly nine months of preparation, the band took the project overseas for the first time, launching the "2019 Japan Kansai Mountain Line Slow Train Tour (2019日本關西山線平快巡迴)" and visited Shodoshima, Sannomiya, Nara, and Arashiyama to introduce Taiwan to the world through the medium of Hakka music. That same year, they also participated in the Shodoshima music festival "shima fes SETOUCHI."

In 2020, band leader Huang returned to Hsinchu to continue his creative work, setting up shop at Dongmen Market and finding traces of Hakka culture in his own way, while also trying to meld Hokkien and Malay cultures with Hakka in the form of songs, restructuring them to create a new style. In an interview, he said that returning to Hsinchu was just the start. In addition to creating music, he hopes to use music to help people better understand Hakka culture and Dongmen market. Huang ZiXuan believes that Hakka music is a unique feature of Taiwan, and even a global one-of-a-kind. As a result, he has tried many different things in his native language, from genre crossovers to using a variety of languages in his creative work. One of his songs, "Home Town is Nowhere Else (他鄉變故鄉)," was a collaboration with Indonesian musician Yoseph Marunduri, depicting the heartfelt feelings of new immigrants to Taiwan and interspersed with Bahasa Indonesia, further adding to the exotic atmosphere.

With his years of experience in the music industry, Huang ZiXuan’s music and live performance have been recognized by the Golden Melody Awards, the Taiwan Music Composition and Songwriting Contest, and the Hohaiyan Rock Festival, making him a rising star in the music industry. He won first prize in the 2013 Taiwan Minority Languages Original Composition Competition—Hoklo (Taiwanese) Language Category and was a finalist in the 24th Golden Melody Awards for Best Group and Best Recording Package.