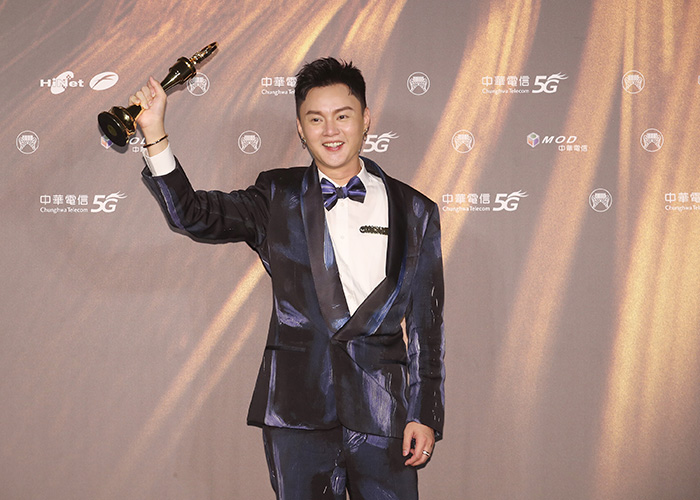 Chinese Name: 許富凱
Date of Birth: September 17, 1987
Place of Birth: Kaohsiung, Taiwan
Did You Know?
Henry Hsu is a Taiwanese language singer who has attracted much attention in recent years. He started his career in 2010 as a competitor on the talent show "Super Star," going on to set a record as the highest-scoring participant. Ten years after his debut, Hsu won the award for Best Male Singer at the 32nd Golden Melody Awards, securing his place as one of the preeminent performers of contemporary Taiwanese-language pop music.

Henry Hsu carved out a niche for himself by performing songs originally by female artists, giving his own interpretation of feminine sorrow and melancholy. He showed a gift for singing from an early age and has demonstrated a particular gift for the songs of Chris Hung and Tsai Hsiao-hu. When he was young, his parents would often put on videotapes of the Taiwanese-language variety show hosted by Chu Ko-liang, and as a result, he was exposed to a lot of old Taiwanese songs. He started on his path toward becoming a singer in third grade, practically spending his whole childhood hanging around karaoke machines. When it came to singing, Hsu’s father was a strict coach, personally monitoring him while he practiced. He would go home every day after school to practice singing, and on weekends and holidays, his parents would take him around to take part in various singing competitions. As a result, he didn’t have much opportunity to play with kids his own age growing up. Although he accumulated a lot of experience as a singer, as a young child he still didn’t particularly want to become a professional singer, and even resisted singing for a while.

Hsu’s family ran a beauty salon, and in senior high he studied hairdressing. After he completed his compulsory national military service, he also wanted to go back and make a career out of this, but a friend helped him get a job as a singer-in-residence at a local club. Later, he took part in the show "Asian New Talent Singing Competition" in 2004, taking first place, which would prove to be a turning point for him. In 2010, he participated in the talent show "Super Star," defending his title for 20 rounds and going on to win NT$1 million, as well as becoming the record holder for the highest score and getting the opportunity to release an album.

In the latter show, Hsu caught the attention of the show’s producer Huang Yi-hsiung (also known as Kou San), as well as received a call from Jody Chiang, who had not yet retired from singing, inviting him to make a guest appearance at her upcoming concert, thus making a name for himself. When Hsu was preparing for his first release, he was asked by Kou San to read all the lyrics in Taiwanese and share the stories and images of the lyrics. Kou San further urged: "The lyrics have to be sung clearly so that the listener can hear them clearly without having to look back at the lyrics if you want to draw them in and convey the emotions you want to express." Hsu took this advice to heart, and it continues to guide his performances today. Under the tutelage of Kou San and Jody Chiang, Hsu not only honed his singing skills, but also learned the need for consistency in dealing with people. He learned that newcomers should be humble and ready to learn, rather than expecting to be loved or noticed as soon as they make their debut.

To date, Henry Hsu has released a total of nine solo albums since his debut, including "Most Loved (最愛)," "Mend the Dreams (縫夢)," and "I Am Not As Happy As You Thought (我毋是你想的遐爾快樂)." "Ten Songs (拾歌)," was his first release after starting his own business, Kai Entertainment, in 2020. In addition to his career as a singer, Henry Hsu has also moved into television, hosting "The Golden Age" and "Gold Medal 17Q" in recent years. On top of this, Hsu has branched out into acting, making his debut as the lead actor in the CTS Taiwanese-language sitcom "Welcome Happy Together" and performing in the Formosa Television koa-a-hi (Taiwanese opera) "Tavern by the Lethe (孟婆客棧)."

In the ten years since his debut, Henry Hsu has become a regular at the Golden Melody Awards, having been nominated for awards including Best Taiwanese Male singer, Best Taiwanese Album, and Album of the Year. He has been knocking on the door of an award for years, even earning a reputation as a "professional runner-up," he laughs and says that each time he has been nominated has made him even more certain and confident in his commitment to Taiwanese music. In 2021, Hsu was nominated for the Golden Melody Awards for the seventh time, finally winning Best Male Singer with his cover album "Ten Songs," finally firmly establishing himself among the kings of Taiwanese-language pop music.