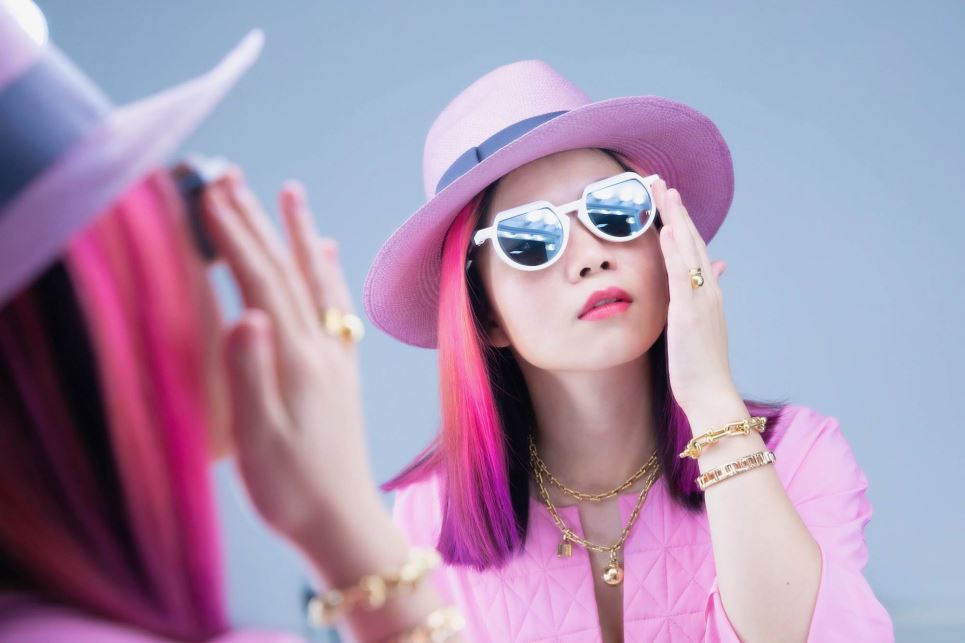 Chinese Name: 壞特 ?te
Date of Birth: June 19, 1994
Place of Birth: Hsinchu, Taiwan
Did You Know?
Whyte, a rising artist known for her distinctly chill style, kept her appearance a closely guarded secret in her past performances and public appearances, choosing to perform in large hats and sunglasses to hide her face. As a result, many among the public called her a "mysterious diva." Her languid voice and laid-back “chillhop” style, characterized by a combination of musical influences from a broad range of genres, including lo-fi, hip-hop, R&B, jazz, and folk music, have seen her carve out a unique niche for herself as she has gone on to capture the nation’s attention, even winning Best New Artist at the 32nd Golden Melody Awards.

The girl who would become the singer Whyte grew up assiduously following the usual path for a young Taiwanese person, working her way through school in pursuit of outstanding grades. After successfully graduating from National Hsinchu Girls’ Senior High School, she went on to continue her studies at the National Defense Medical Center School of Medicine. From a young age, she enjoyed listening to all kinds of music and sounds, reveling in feeling the vibrations that each note created. Every day when she got home from school, she and her parents would listen to albums from renowned performers like Jacky Cheung and Wakin Chau. The first instrument Whyte herself got any experience with was the electronic keyboard, and while still in her childhood, she taught herself to play a canon and a minuet by following the guidance on the screen and the songbook that came with the instrument. Later, in high school, she sought to expand her horizons, joining the guitar club and launching into a journey of learning to play that instrument as well. In her college years, as many do, she began to question her direction in life, wondering if she was really heading where she wanted to go. As a result, she chose to take a one-year sabbatical after her junior year, during which she headed to Taipei to find work, put some money aside, and try to find her own path forward.

It was during this year off to find herself that Whyte found that her true passion had always been music. While still working part-time, she began taking formal guitar lessons, finally beginning to realize her childhood dream of getting into the musical world. Her guitar teacher started by teaching her the fundamental principles, leading her through how to listen to songs, learn to play by ear, and hone her fingering skills, as well as giving her her first real introduction to music theory. Meanwhile, Whyte found part-time work at a studio, making the most of the opportunity to observe others as they sang, sparking curiosity about performing. With this foundation of musical knowledge, a guitar, and a good singing voice, the prototype of the singer known as Whyte began to take shape. After that year, she went back to school to continue her education, trying to balance music with her studies. Having come into the music world from the world of medicine, Whyte initially chose to keep herself hidden when she sang, with big hats and sunglasses becoming virtually her trademark and earning her a reputation as the “mysterious diva.”

Her stage name is stylized as "?te," the question mark a shorthand for "why," and the name Whyte is a deliberately color-based coinage in a tribute to her personal idol, singer and producer Yellow. As for why she chose the color white specifically, she says it harkens back to her past identity as a surgical intern in a white coat. Whyte is also known for her distinctive voice and musical style, characterized by influences from lo-fi, hip-hop, jazz, folk, and R&B, which combine to create her own “chillhop” style. Her voice, languid and a little retro, is a perfect fit for the music as her smooth, mellifluous notes flow forth intoxicatingly. She also enjoys incorporating other languages into her work, including Italian, French, and Taiwanese.

After her first single, "Cazzo," was released on YouTube in 2019, it immediately made it onto the chart at StreetVoice, and her follow-up "Insomnia" topped that same weekly chart. "Santé" went on to similar success, and those three single music videos each cracked one million views on YouTube despite being her first time out of the gate. In August 2020, she released her debut full-length album, A Bedroom of One’s Own, which went on to earn her the Best New Artist award at the 32nd Golden Melody Awards in 2021. The album was the first Chinese-language chillhop album, and many of the tracks contained within have gone on to enjoy substantial popularity, including the three singles mentioned above.