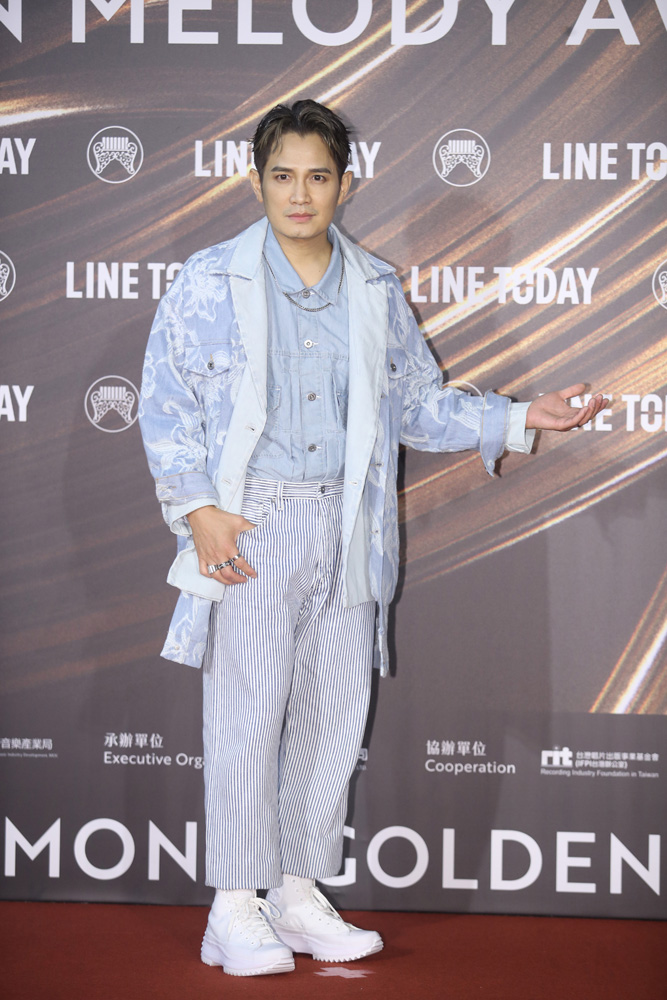 Chinese Name: 羅文裕
Date of Birth: February 9, 1976
Place of Birth: Kaohsiung, Taiwan
Did You Know?
Multiple award-winning vocalist Wing Luo Wen-yu is widely known for his singing in both the Mandarin and Hakka language, as well as for his work as a songwriter and producer. His works resound with the warmth of Hakka culture and a respect for nature and the world. In 2021, he was honored with the Best Hakka Singer Award at the 32nd Golden Melody Awards for his album "When The Sun Rises (當太陽升起時)."

Luo Wen-yu, also known as Wing, was born in the largely Hakka area of Meinong District in the southern Taiwanese city of Kaohsiung. As a young man, he taught himself musical instruments, including guitar, and played and sang in restaurants. In 1999, Luo was discovered by a record company talent scout, becoming a member of the bel canto group YIYO alongside Shen Yi-tseng (沈益嶒, better known by his stage name Ocean Ou) and Flying Huang (黃晨富). The group then went on to release two albums, including a self-titled album in 1999 and the second titled "The Wind Blows" in 2002, before disbanding and going their separate ways in 2004.

In 2007, Luo Wen-yu finally released his first solo album, entitled "Love Songs In The Street (街頭情歌)." In addition to his own performances, he also quickly became a go-to record producer among singers in Taiwan, and eventually in Hong Kong and China as well. In 2009, he was named the "Hangzhou's Most Beautiful Voice," becoming the first musician from Taiwan to have the opportunity to speak on Chinese radio. Two years later, in 2011, his follow-up album "Good Feeling (好感覺)" was released, which would be his first to be released in China. That same year, Luo was honored with the Most Popular Taiwanese Singer Award at China's Jinhao Awards, the Best Original Song Award at the China Radio, Film, and Television Awards, and the Best Newcomer Award at the China Original Song Awards.

In 2014, Luo released an EP by the name of "Bittersweet Life (苦甜人生)," the title track from which topped the weekly Chinese-language iRadio songs chart. The year after, Luo recalled how his mother had once asked him, "You've written so many songs in Mandarin, when will you write a Hakka song for your mother to enjoy?" Around the same time, he had begun to realize that Hakka culture was in a rapid decline, and so he decided to dedicate more of his energies to promoting it and keeping it vibrant. That year, he released a Mandarin-Hakka bilingual album "Surprise Moment (驚喜時刻)" and collaborated with platforms such as Don’t Fight with Me in Hakka, Yuran Media Music Entertainment Video Platform, and Hakka TV to launch a new music reality show called "Hakka Music Taxi."

Luo went on to win the Best Hakka Singer Award with his album "Surprise Moment" at the 27th Golden Melody Awards in 2016. Two albums later, "When the Sun Rises" also won Hakka/Indigenous Album of the Year at the inaugural PlayMusic Awards and Best Hakka Singer at the 32nd Golden Melody Awards. “When the Sun Rises” was his second album written in his native language, coming after a five-year hiatus, and symbolized the realization of a dream that had taken root some 13 years prior. In 2007, he heard Jack Johnson’s album "Sleep Through the Static" and learned that the album had been produced at Johnson’s own solar-powered Mango Tree Studio at his home in Hawaii. Fascinated, Luo was inspired to try the same approach in his hometown of Meinong, ultimately resulting in the release of Taiwan's first album recorded with solar power. "I want to go back to nature and be a wild child, inject warmth into my music, and give voice to the most primal parts of Hakka culture."

Luo’s works are characterized by a sense of nature and freshness. He particularly excels at penning lyrics resonant with life and emotion, resonating deeply with listeners and arousing excitement. He is the rare type of "healing singer" in the modern music scene who has both songwriting and live singing skills. Beyond this, he is also known for his attention to social issues, creating the song "Change (改變)” for flood relief, "Travelling Reassured (放心去旅行)" after the gas explosion in Kaohsiung, and, together with JJ Lin, the song "I Pray For You" in the wake of the Formosa Fun Coast powder party fire. In addition to his own work, over the years, Luo has produced tracks for a number of well-known singers in China, Hong Kong, and Taiwan, including Andy Lau (劉德華)'s 'The Beauty of Defects," Richie Jen (任賢齊)'s "Angels are the Same," Jerry Yan (言承旭)'s "I Really Really Love You," Valen Hsu(許茹芸)'s "Meeting Another One," Sam Lee (李聖傑)'s "Skip," Aska Yang(楊宗瑋)'s "Wild Love Field," and A-do (阿杜)'s "I am Outside Your Love."