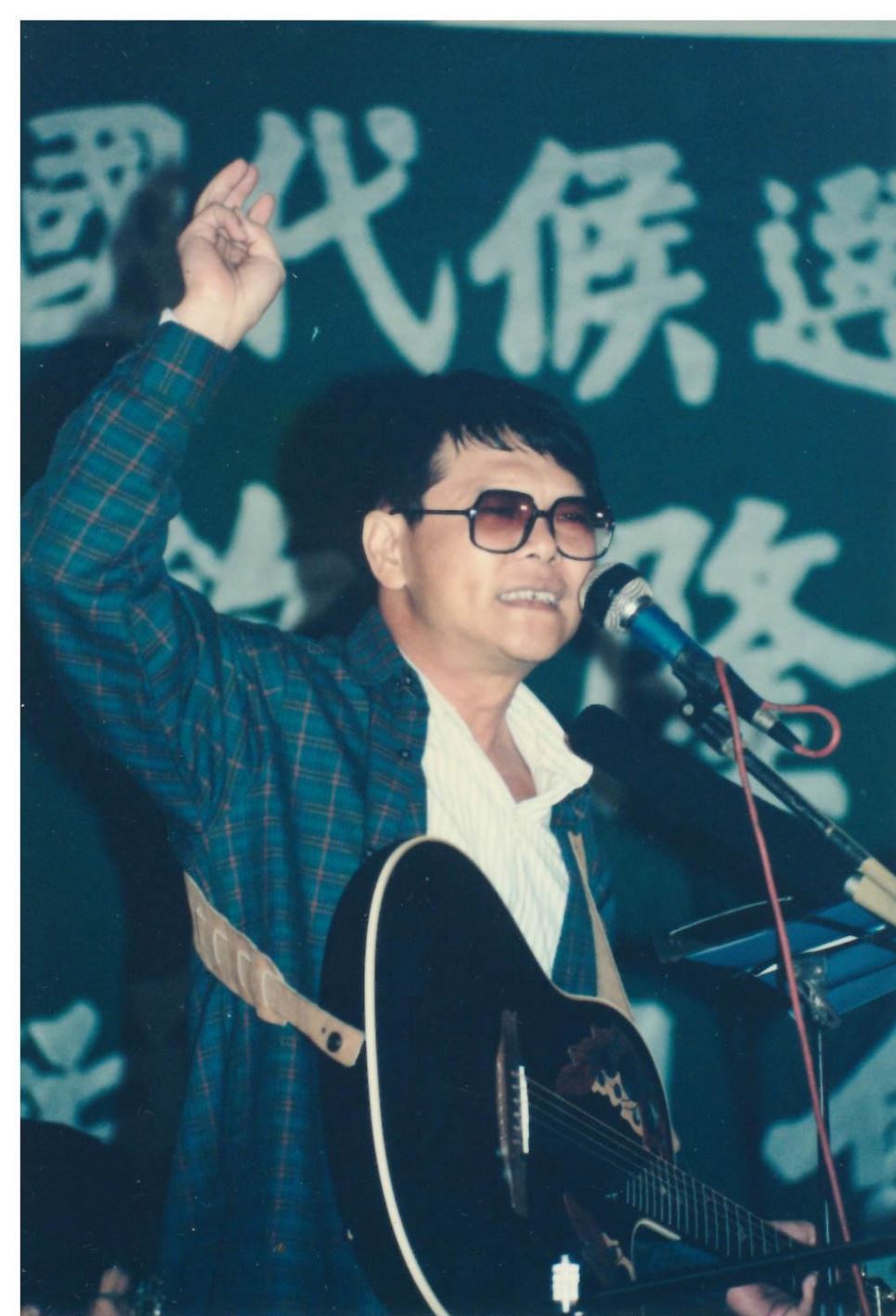 Chinese Name: 邱晨
Date of Birth: July 6, 1949
Date of Death: March 24, 2022
Place of Birth: Taichung, Taiwan
Did You Know?
Chiu Chen, a music creator and advocate for public issues, was the leader and guitarist of Taiwan's first homegrown rock band Chiu Chiu, inaugurating a new chapter in the Taiwanese music scene. In addition to being a musician, Chiu was also a social activist, giving voice to the people through music, dedicating himself to Taiwanese culture and democracy, and devoting his energies to keeping his mother tongue alive and thriving. He made tremendous contributions to the industry and culture of Taiwanese pop music. In 2022, he was honored at the 33rd Golden Melody Awards with the Special Contribution Award.

Chiu Chen, born Chiu Hsien-jung (邱憲榮), was born in Dongshi, Taichung in 1949. His studies toward a degree in journalism at National Chengchi University happened to coincide with the "sing our own songs" era, and so, brimming with emotion and serving as the president of the school's guitar club, he began to pen song after song, including "Little Jasmine (小茉莉)," "The Wind Tells Me Something (風告訴我)," and other well-known campus folk songs. He had three songs included in the first Golden Rhyme Awards compilation of 12 campus folk songs, making him the artist with the most works in said compilation. As an icon of the campus folk music trend, Chiu reflected on the meaning of “folk music,” paying particular attention to the issue of the absence of local languages in folk music and concerning himself with other social issues in Taiwan.

In 1980, he released his debut solo album. That same year, he won the Golden Tripod Award for Composition with "Yearning," and the following year, 1981, he formed Taiwan’s first homegrown rock band, Chiu Chiu (丘丘合唱團), creating wildly popular songs like "It's Tonight (就在今夜)," "Why I’ve a Dream of Him (為何夢見他)." With the release of their first album, "Chiu Chiu—It’s Tonight," Chiu's music quickly became popular with the regular folk for its distinctive rock style. With its smooth melodies, strong rhythms, gritty vocals, and vibrant singing style, the album brought to the Taiwanese pop music scene a musical style completely different from the campus folk songs that dominated the industry at the time. "I don’t want to be pigeonholed as a 'folk singer' anymore," Chiu said. "Through Chiu Chiu, I want to announce the end of my 'campus songs' era."

After leaving Chiu Chiu in 1983, he transitioned to the behind-the-scenes work of songwriting and production. He also served as a judge for the Golden Melody Awards many times and overall contributed a tremendous amount to the music industry. After the Tang Ying-shen Incident of 1986, which shone a spotlight on discrimination against Taiwan's Indigenous people and their unequal treatment, Chiu released the album "Tefuye (特富野)" in an effort to raise awareness and change society through music, establishing a milestone in "musical reportage." Although the album was banned, Chiu nevertheless spared no effort in participating in various social movements, including the "Return My Mother Tongue" movement in 1988, and in 1989, he wrote the song "The Big Banyan Tree in the South (南國的大榕樹)" commemorating the self-immolation of pro-democracy activist Nylon Deng (鄭南榕). He also co-wrote a song with Chiu Chui-chen, satirizing the legislators and representatives of the National Assembly who had been holding their supposedly elected posts without re-election for decades. He has also participated in social movements such as fighting pollution, opposing child prostitution, and supporting farmers. These people, matters, and things also became the core of his creative work, spurring the creation of "street music."

Chiu Chen was also committed to the promotion of Hakka culture for many years. In 1992, he composed Hakka-language songs such as “Love Story of Long'an Bridge (龍安橋之戀),” conveying the characteristics and spirit of Hakka culture through gentle music. After the Jiji Earthquake of September 1999, to get involved in post-disaster reconstruction efforts, he established an association and a Hakka handicraft brand, aiming to create employment opportunities for unemployed elderly women and immigrants. In 2010, he took part in a Hakka-language performance, playing a choir teacher in the TV movie “Spring Loves to Sing (春天愛唱歌)," and in 2012, he again acted in the language in the film "Old Partner (老伴)," portraying an elderly father suffering dementia in a performance that deeply touched audiences. From November 2017, he served as an advisory member of the Hakka Affairs Council, continuing to contribute to his Hakka hometown and local Taiwanese culture.

Chiu Chen combined his musical talent with issues he cared about, conveying his thoughts and keeping Hakka culture vibrant through his music. He made tremendous contributions to the vitalization of both Taiwanese pop music and the Hakka spirit. In 2022, Chiu Chen passed away from cirrhosis of the liver at the age of 72. Later that same year, he was honored with the Special Contribution Award at the 33rd Golden Melody Awards.