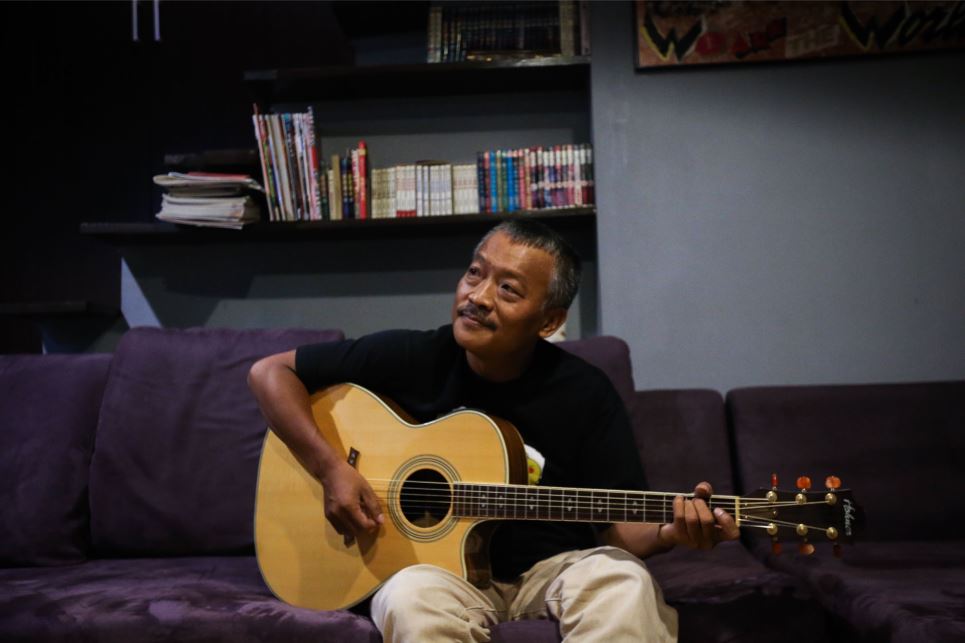 Born in Nantou and brought up in Tainan, Hsieh began his career as a music producer in 1993 after finishing mandatory service in the army. Under notable music producer Huang Da-chun's (黃大軍) mentorship, Hsieh published his first song in 1994, and had since worked for several record labels.

Having created numerous songs for pop singers, Hsieh faced obstacles in writing music in 2000. His depression led him to quit his job in Taipei and return to Tainan, the place where he grew up.

The slow-paced lifestyle and warm atmosphere of the southern city rejuvenated Hsieh's creativity. Hsieh became determined to become an independent music artist who could focus on making music he likes, and released his first album "Totem (圖騰)” in 2005.

Hsieh also established his own music label and formed a band called Pun Car with eight young musicians. In hopes of encouraging young people to service their elders, the band performs folk music it recomposes to elders in hospitals and nursing houses across Taiwan on a voluntary basis.

In 2013, Hsieh released his fourth album "Tainan (台南),” which won the Golden Indie Music Awards for Best Folk Album and two Golden Melody Awards. In the same year, he organized the first edition of South Howl Music Festival to deliver the voices of the land and its people and to promote Tainan through music.

In addition to making music, Hsieh worked on establishing a professional studio in Tainan to make music resources more widely available in southern Taiwan. With a subsidy from the government, the Southern Music Base (南方音樂基地), which consists of a performance area, an office, and a studio room, was built in 2016 to discover and cultivate local singers.

Since its establishment, the music base has held several forums featuring Hsieh and other senior music producers sharing theories and techniques in composing, recording, and producing. Hsieh hopes to offer professional equipment and mentorship to aspiring music artists in southern Taiwan, who then no longer need to travel to Taipei to realize their music dreams.