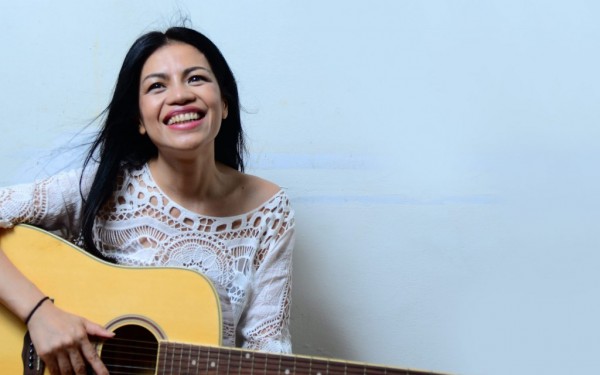 Ado' Kaliting Pacidal is an Amis singer and TV hostess who bridged mainstream Mandarin and aboriginal music by making pop songs in the Amis language. Her album "Sun and Moon (太陽月亮),” which interprets the origin of Amis myths, was nominated for Best Indigenous Album and Best Indigenous Singer at the 24th Golden Melody Awards.

Growing up in Fata'an tribe in eastern Taiwan, Ado was fluent in the Amis language until she went to study in the city where people spoke Mandarin Chinese. Like many other indigenous individuals, Ado experienced a time when she felt her mother tongue was inferior to Mandarin due to discrimination, and lost the ability to speak in her mother tongue for years.

Ado realized the importance and uniqueness of her ethnic roots when she was pursuing a master's degree at the National Chengchi University. In particular, it was at a class where a professor of ethnology claimed that Taiwan's aboriginal languages would disappear within 50 years.

To re-build her Amis identity, Ado organized an Amis student association to re-acquire their native tongue. Suming Rupi (舒米恩), another notable indigenous musician, also joined the association at that time. Inspired by Suming, Ado became determined to challenge the status quo and influence her generation through music.

At the beginning, Ado's music career did not go well, as she was asked by record labels to sing in Mandarin. However, Ado has insisted in making music that can interpret the Amis culture in their native language. Since 2004, Ado has created pop songs in Amis and won several prizes from music creation competitions in Taiwan.

On the silver screen, Ado has portrayed the role of Panay in the 2015 film of the same name. Co-directed by Cheng Yu-chieh (鄭有傑) and Lekal Sumi (勒嘎·舒米), "Panay: Wawa No Cidal (太陽的孩子)” tells the story of an aboriginal journalist who took on the challenge of re-establishing her tribe's loss in land and culture.

Ado was nominated for Best New Performer for "Panay” in the Golden Horse Awards. She noted that although her life goal is to make music with the Amis language, the film has given her another chance to convey her message.

Today, Ado makes music not just for the Amis, but for all the people of Taiwan. She believes that Taiwan needs the mental strength and positive attitude like that of the Amis people to overcome the nation's turbulent past, and that she can bring such healing power with her music.