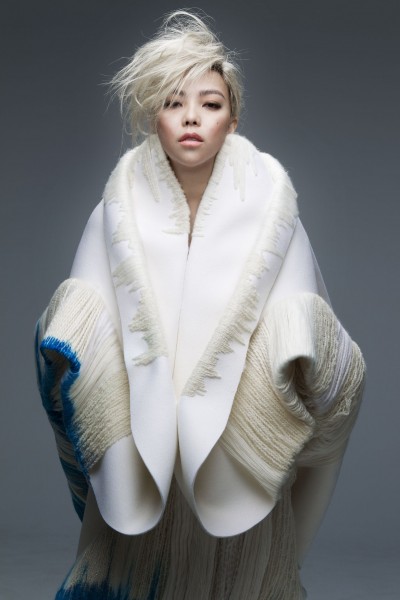 As Taiwan's very own pop diva, A-Mei has raised funds for drought-plagued Sudan in 2005 via World Vision Taiwan, served as the spokeswoman for the 2009 Summer Deaflympics, and rallied alongside the annual Taipei Gay Pride parade. It may sound like the perfect glamorous lifestyle, but the powerful singer has had her fair share of strife and troubles as well.

Born to the Taiwanese aboriginal tribe of Puyuma (卑南族) as the third youngest out of nine siblings, A-Mei showed considerable interest and talent in music from an early age, but was unable to receive formal stage training and vocal lessons due to her family's financial struggles. In fact, she was almost put up for adoption, and would have been sent away to live with relatively richer relatives, had her mother not intervened.

When she left her hometown at the age of 20, A-Mei had to make her living by tabling as a waitress and selling clothes on the streets of Taipei. With ample encouragement from her folks, she appeared as a contestant on the popular "Five Lights Award (五燈獎)” singing contest show, but failed to capture the show's highest honors until her second try in 1994. It took another two years performing in pubs and polishing her singing skills before she was signed by a music label.

Thirteen studio albums, a handful of Golden Melody Awards, and one "Carmen” theatrical debut later, A-Mei has proven herself to be an enduring and able singer who has a rightful claim to the diva throne. What's more, she has left an indelible mark both on Taiwan's music scene and in the hearts of her fans all around the world.