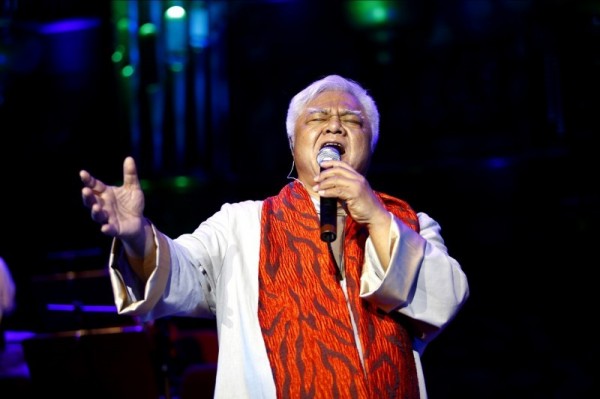 Dubbed the "Father of Taiwanese Folk Music,” Ara Kimbo is a leading figure in the development of campus ballads and the indigenous rights movement in Taiwan. His first album "In A Flash (匆匆)” won Best Song of the Year and Best Lyricist at the 2006 Golden Melody Awards.

Born to a Puyuma father and a Paiwan mother, Kimbo's music is deeply influenced by his childhood upbringing in the natural surroundings of Taimu Mountain in Taitung. Kimbo then developed interest in the blues when he was studying at Tamkang Senior High School in New Taipei, where a French music teacher introduced him a wide range of western music.

After finishing high school, Kimbo attended the National Taiwan University to study English. However, he was forced to drop out due to epilepsy stemming from injuries sustained as a rugby player. This was followed by his father's sudden and serious illness, which made Kimbo the main breadwinner of the family.

Kimbo took up several jobs, and his passion in music led him to work as a resident singer at Columbia Café, a Taipei-based venue where artists, musicians, and cultural buffs gathered at that era.

After meeting and bonding with notable folk singers Li Shuang-ze (李雙澤) and Yang Xian (楊弦) at the cafe, Kimbo spearheaded the local folk music movement in the 1980s by singing about his nostalgic feelings, original poetry, and aboriginal ballads to celebrate the nature, culture, and people of Taiwan.

After achieving fame, Kimbo, unlike other singers who continued with their music careers, decided to engage in social movements to promote the aboriginal name rectification campaign and advocate for the return of indigenous lands by establishing the Association for Promoting the Rights of Taiwan Aborigines (台灣原住民權利促進會) in 1984.

After two decades of successful campaigning and lobbying, Kimbo returned to the stage as an artist in 2005 and released his first album at the age of 55. The album that traces back to his childhood and praises the beauty of Taiwan was selected as one of the Ten Best Albums and Singles of that year by the Association of MSIC Workers in Taiwan (中華音樂人交流協會).

Having returned to his homeland in Taitung, Kimbo still uses his deep and resonant voice to advocate for music made by the Taiwanese people. "Kimbo's voice, which is honest and soul-touching, brings back our lost mountains and rivers, our forgotten oceans and skies,” noted director Tsai Ming-liang (蔡明亮).