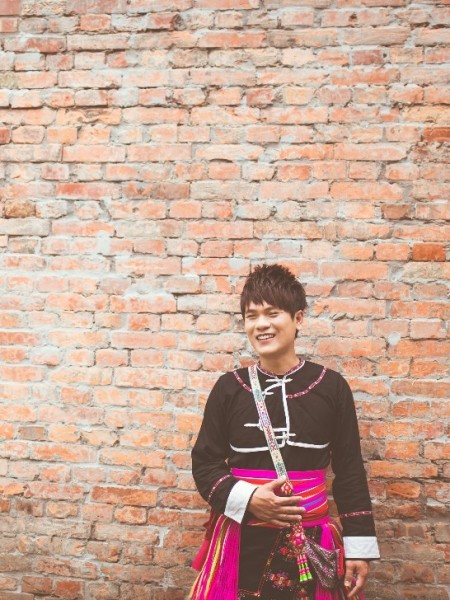 A Taiwanese aborigine of the Amis tribe, Suming Rupi and his music are deeply inspired by his hometown in Taitung and the local indigenous culture. He has written songs entirely in his mother tongue - the Amis language, although his record company was once worried that it might not be welcomed by the general audience.

Suming not only performs traditional Amis chants and ballads, he has also experimented with the fusion of ancient melodies and modern pop music genres and even classical music. The rich variety of his music ranges from electronic music, British rock, and classical string music to Latino music sung in Amis.

Suming has released several albums as a solo singer and two others with Totem (圖騰樂團), an indigenous band he formed with four other fellow aborigines in 2002. His objective is to make indigenous culture in Taiwan more widely received and create a new style for Amis music.

His unique music has brought him to overseas stages in recent years, including the 2010 Chambéry BD, an international comic festival in France, the Taiwanese Cultural Festival in Canada and theOkinawaInternational Asia Music Festival in Japan.

With a strong sense of indigenous identity, Suming actively leads and participates in cultural events that help the younger generation in his community develop traditional Amis arts, crafts, and skills. He also gives speeches in schools to share his own experiences and highlight the importance of cultural preservation.

Interestingly, Suming was recognized as a talented actor even before his music was honored by the Golden Melody Awards, the top music honor in Taiwan. He won the Golden Horse Award for Best New Performer in 2008 by playing a tow truck driver in the short film "Hopscotch (跳格子).”