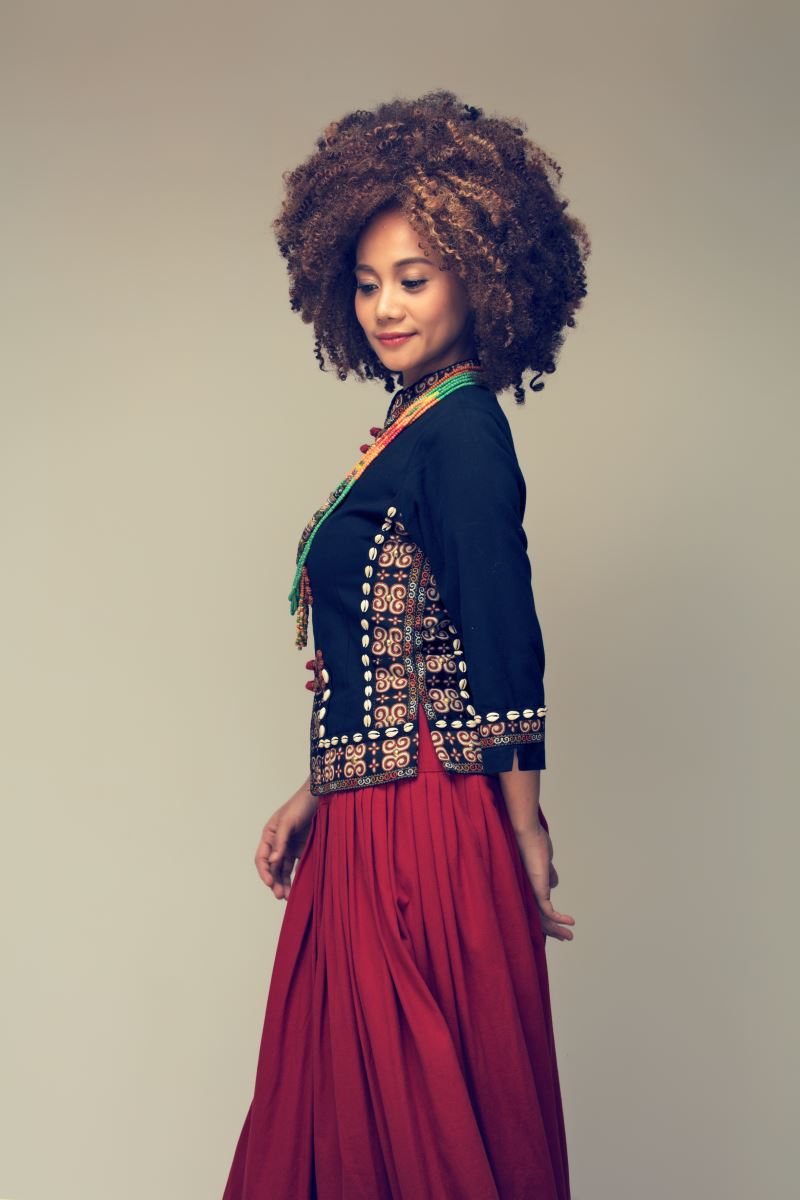 ABAO is a versatile singer who employs rock, soul, reggae, and R&B elements in combination with traditional aboriginal music. As former member of music duo Abao & Brandy, she returned to the entertainment arena twelve years later with a solo album titled "Vavayan," which won the Golden Melody Award for Best Aboriginal Album in 2017.

Before going solo, ABAO and Amis singer Brandy (田曉梅) released their debut album as a music duo in 2003, and won the 15th Golden Melody Award for Best Vocal Collaboration. However, the duo was disbanded the same year following the company's bankruptcy. ABAO chose to return to university and then worked as a nurse.

ABAO decided to make music again after her grandmother expressed her wish to preserve some traditional Paiwan songs for her grandchildren's weddings. Though her grandmother couldn't live to finish teaching ABAO all the songs, ABAO managed to record her grandmother's singing and released an album titled "The East Payuan Folk and Three Generations (東排三聲代)" In 2014.

Covering 22 traditional Paiwan ballads recomposed by ABAO, the album reinterprets Paiwan folk songs by combining modern and traditional singing techniques with the vocals of ABAO, her grandmother, and mother. ABAO hoped that the innovative composition could attract more audiences to listen to the sounds of Paiwan.

The process of recording the album brought ABAO closer to her roots as she rediscovered the beauty of Paiwan culture and gained confidence to sing in her mother tongue. She then collaborated with award-winning producer Arai Soichiro (荒井狀一郎) and her old partner Brandy to make her first solo album.

With her mother's assistance in translating Chinese lyrics into the Paiwan language, the album features eleven songs celebrating Paiwan women and culture. The percussion-based tracks and ABAO's joyful voice delivered the rich, emotive stories of the Paiwan people to a wider audience through the fresh and playful album.

The first track "Kacadas (曙光)," for example, tells the story of the settlement of Paiwan ancestors; while "Izuwa (有)" explores the difference between traditional and modern Paiwan women. "Kanu (你在哪裡了!?)," on the other hand, illustrates a Paiwan woman's anger toward her husband.

After making her return to the music scene with the Paiwan-language album that stunned music critics and listeners, ABAO hopes to encourage aboriginal youths to retrace their origin and embrace their cultures and languages through contemporary channels.