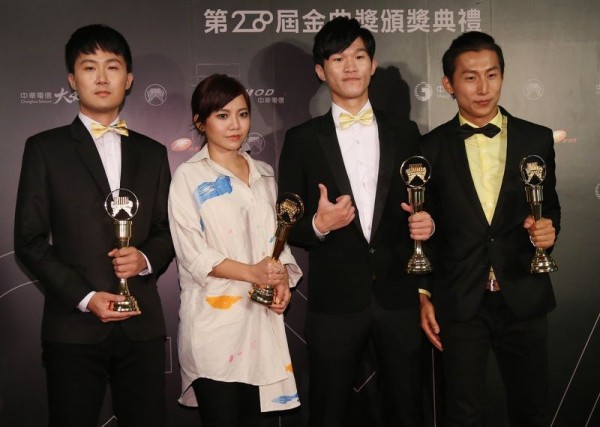 The band, without falling into any music genre, explores different styles while writing and composing each song by themselves, as members seek to present people’s sentiments in urban life. “Greenish and Yellowish (青青黃黃的),” for example, illustrates the self-inquiry and self-doubt process of individuals through multi-layered sounds and music.

In addition to the Hakka language, the band also adds different languages such as Taiwanese, Portuguese, and French to embellish and enhance their songs. Their hard work was rewarded when the single “The True Reality Is (真正的自由是)” earned the top prize at the 2015 Taiwan Music Composition and Songwriting Contest, and was later nominated for Best Theme Song by the Asian TV Awards the next year.

In 2016, the band released their debut album – “The Golden Age (光亮徬徨的閃耀年紀).” Consisting of ten tracks featuring Hakka, Taiwanese, Mandarin, and English, the album tells stories of Taiwanese people’s general puzzlement. “It is an album for people who live in the city to feel the charm of countryside; [and] for people in the country to feel the waves of the city,” the band stated.

The band continues to test new boundaries. “Les yeux sont rouges (紅紅),” an EP released in 2017, contains experimental songs in French as well as Hakka and Minnan. UrbanCat hopes to invite audiences to listen to both sad and happy stories through the band’s imagination and interpretation of “the color red.”

Although making music as an indie band has not been easy, they are already planning the next album, which will be exploring the theme of “vibrancy,” noted UrbanCat.