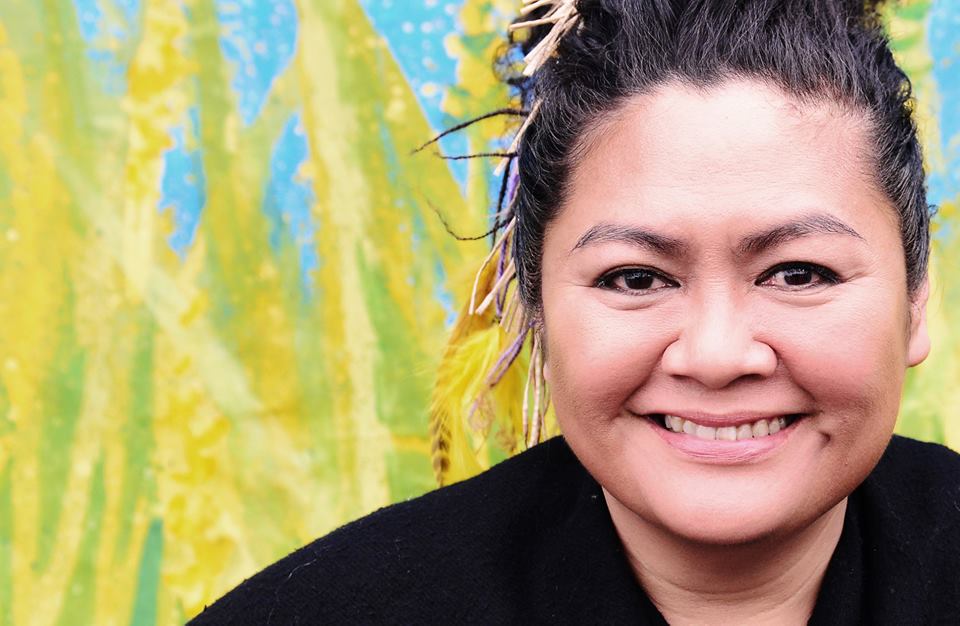 Panai Kusui is an indie artist whose music is rooted in her indigenous heritage and personal story. With melancholic lyrics and rhythm, her deep vocals strum one's emotional heartstrings. She is also an activist who spares no effort in promoting indigenous rights and increasing awareness of social issues through music.

Born to a Beinan father and an Amis mother, Panai relocated frequently with her parents during childhood. At the age of 19, she borrowed money from a friend to buy a guitar, and started her singing career on the streets. Her personal history of moving across counties and cities is transformed into a sense of drifting and longing for home in her music.

Her debut album "Ni-Wa-Wa (Clay Doll)," released in 2000, covers eleven songs that reflect her experience in traveling across cities as a singer as well as her contemplations on urban living. "Wandering (流浪記)," for example, expresses her feelings of helplessness and underscores the indigenous issue of leaving hometowns behind.

The album was selected as one of the top 10 albums of the year by China Times the following year. Since then, Panai has been active in Taiwan's music scene, and performed at numerous music festivals. After years of living in the city, she also decided to move back to her hometown in 2009.

Returning to Taitung helped her gain a deeper understanding of her indigenous roots and improve her mother-tongue fluency. She then engaged in organizing music workshops and music festivals, seeking to connect indigenous culture, history, and people through music.

In 2017, Panai joined the protest against the indigenous land amendment, which excludes private land and results in the shrinkage of traditional lands from 1.8 million hectares to 800,000 hectares. As the amendment will affect the indigenous way of life, Panai and tribal representatives have demanded complete recognition of their traditional territories.

During the protest that lasted for more than 75 days in front of the Presidential Office, Panai released an EP titled "Panai* on Ketagalan Blvd (凱道上的稻穗)" that was recorded on the eponymous boulevard. The EP expresses her hope for a harmonious multi-ethnic society that would safeguard the island of Taiwan together.

Panai noted that she wants to tell stories to as many people as possible through singing or speaking. "I'm a person who enjoys singing a lot, but to me, musical creation means to do something meaningful for indigenous communities."

Editor's Note: "Panai" also means "the spike of rice" in the Amis language.