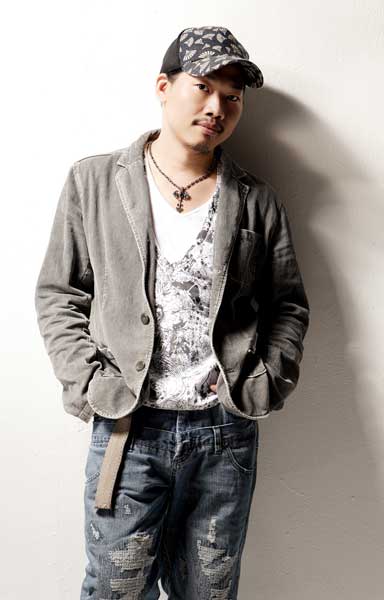 Gifted in the deconstruction of language, lyricist, writer, and director Vincent Fang has created a new post-modern linguistic style. His words paint vibrant images rich with oriental character as he becomes a fixture at music awards ceremonies. At both the 13th and 19th Golden Melody Awards, Fang walked away with the Best Lyricist title.

Raised in an economically disadvantaged family, Fang did not attend cram schools like most Taiwanese youngsters. His pocket money all came from collecting scrap wire and aluminum cans during summer vacations or working manual jobs at factories. After graduating from a vocational high school, he worked delivering flyers, caddying on a golf course, and waiting tables.

Once he had completed his compulsory military service, he continued working a variety of jobs. Throughout, though, his true love was making music. He compiled a portfolio of lyrics that he showed to different music labels, earning not just the appreciation of entertainer Jacky Wu (吳宗憲), but also a contract from him.

Fang has no kind of formal linguistic training; his works all build from his lifelong love of reading. Throughout high school, he would frequent a little neighborhood bookstore and pore over poems by Li Qingzhao (李清照), Li Houzhu (李後主), Hsia Yu (夏宇), and Xi Murong (席慕容); this combination of poets both ancient and modern has had a profound influence on Fang’s later works. This is why one can find traces of literary classics in his lyrics.

As early collaborators, Fang and singer Jay Chou (周杰倫) built a deep friendship. As Chou's career took off, Fang, the pen behind the scenes, also began to have his talents more widely appreciated. Over the years, Fang would become Chou's primary songwriter, with the partnership producing a number of well-received hits that have since become household names. After more than two decades of working together, Fang and Chou established JVR Music International. It would be no exaggeration to say the success of each has been inextricable from that of the other.

In 2009, Fang began venturing into the field of film, writing and directing a segment of the anthology film "L-O-V-E." In 2013, he produced his first feature film, "Rhythm of the Rain," using his painterly gift with language to craft a poetic film in his inimitable personal style.

In recent years, Vincent Fang has continued to explore new ventures, branching out into web series, game soundtracks, and a music creation app. As he expands the reach of traditional culture through the influence and immediacy of the internet, Fang is a firm believer that technical advancements can provide important new channels for reinvigorating cultural heritage.