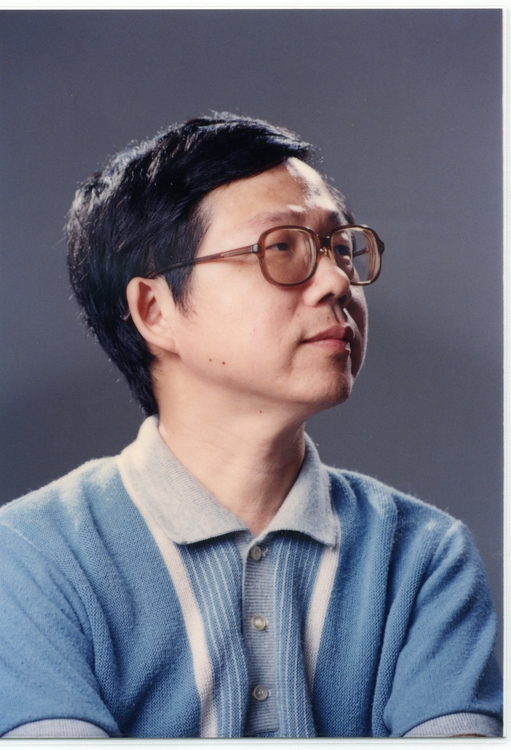 As an elementary student in 1950s Taiwan, Chien Nan-chang (also credited as “"Qian Nan-zhang") would listen to the Taipei-based Broadcasting Corporation of China’s radio programming every evening. Upon hearing the station advertise a recruitment test one night, his family encouraged him to sign up, and he was lucky enough to be accepted. Chien's brilliant voice also saw him receive much praise and encouragement to go into music during his childhood.

While in school, Chien took part in choirs and played baritone horn in concert bands. In senior high, his mother enrolled him in formal piano lessons. He also joined the YMCA Youth Choir at the same time. In 1966, he began studying music at Chinese Culture University, majoring in piano. That same year he joined the Sung Yin Chorus (頌音合唱團), where he first met the woman who would become his wife, Lai Mei-chen (賴美貞).

The following year, he began learning harmony from musician Liu Te-yi (劉德義), who had just returned from Germany. This inspired in Chien an interest in composition, and he started taking private lessons from Liu, whose influence also inspired him to make plans to travel to Germany for composition studies and to begin learning German in preparation.

In 1973, he tested into the Staatliche Hochschule für Musik München (University for Music Munich), majoring in composition theory under professor Wilhelm Killmayer, thus beginning his career as a composer. After returning to Taiwan in 1978, Chien began working as a university professor in his homeland.

Moreover, Chien’s compositions have been influenced by what Killmayer once said to him: "You don’t have to be a German composer." Inspired, he began seeking his own path between modern Western music and traditional Eastern music, creating pieces with connections to Taiwanese culture. Four of his symphonies — "Beating the Drum (擊鼓)," "The Maiden of Malan (馬蘭姑娘)," "Buddhist Requiem (佛教涅槃曲)," and "When the Bugle Starts (號聲響起)" — earned him Best Composer accolades at the Golden Melody Awards.

The composer has previously remarked that if he had to choose any of his symphonic works to truly represent Taiwan, it would be the second movement of Symphony No. 6 "Butterfly," which is titled "The 9/21 Earthquake (第二樂章921大地震)."

The piece is a musical depiction of the shocking devastation that the titular earthquake wreaked in 1999, both on the land and on the spirits of the people. A stage play also takes place to complement the melodic depiction, with orchestra members portraying the panicked victims and Death himself appearing on stage under flickering lights. It is an amazing display of Chien's showmanship and grasp of symphonic music and musical theater.