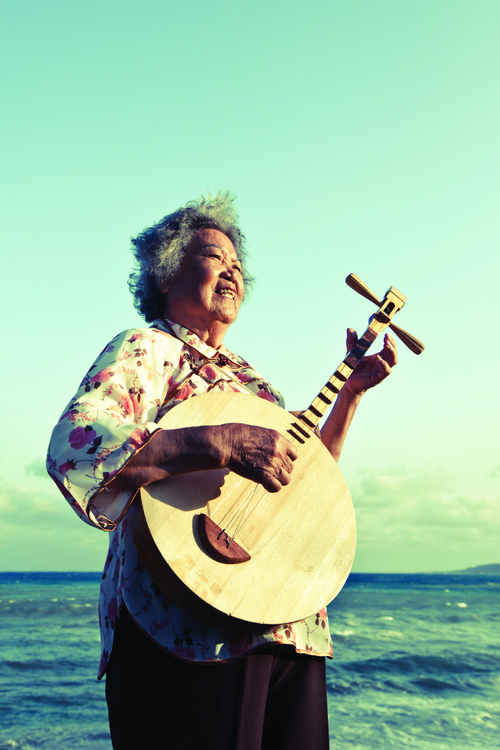 Chang Ri-gui's father passed away when she was four years old. Shortly, her mother took her and her young sister to Hualien County to her maternal grandmother's place, traveling on foot all the way from Pingtung. However, her paternal grandfather followed in their wake for his granddaughters and successfully convinced the younger one to go back to Pingtung with him by offering her snacks.

Chang's mother burst into tears upon learning that her younger daughter was taken away. To avoid parting with her daughters, the mother had no choice but to take Chang back to Pingtung and settle down.

Chang’s eyes water whenever she recalls the heartbreaking past. She still remembers how her mother sang the saddening songs of Hengchun, such as "The Tail of the Cow (牛尾伴)" and "Remembering (思想起)," at midnight when she could not fall asleep. Chang teared up whenever she heard her mother sing, which was why she wanted to learn to sing folk songs like her.

Chang's mother asked Chang to help sundry sisal leaves as a supplement to the family's meager income after she dropped out of school in 1946. It was on the sun-drying fields where Chang began her singer career. She always sang the songs that her mother sang when working, which made her feel free to sing whenever and wherever she wanted.

Chang's voice is husky, strong, and uniquely suited to describe the vicissitudes of time. When she sings "Fenggang Tunes (楓港小調)" or "Fenggang Old Tunes (楓港老調)" in particular, her pitch usually goes up an octave at the end of a stanza. Meanwhile, her chanted singing slides in and out of falsetto, enveloping the audiences with timely rhymes and rhythms.

She also worked with Chung to collect Manjhou folk songs scattered across Taiwan and promote them through CD and VCDs. In 2003, they also organized a troupe to perform in the United States and boost cultural exchanges between the two nations.

In 2012, the Ministry of Culture recognized Chang as an important preserver of Hengchun and Manjhou folk songs. With her touching singing gaining more prominence, Chang creates the chance for folk songs to be regarded highly once again in Taiwan.