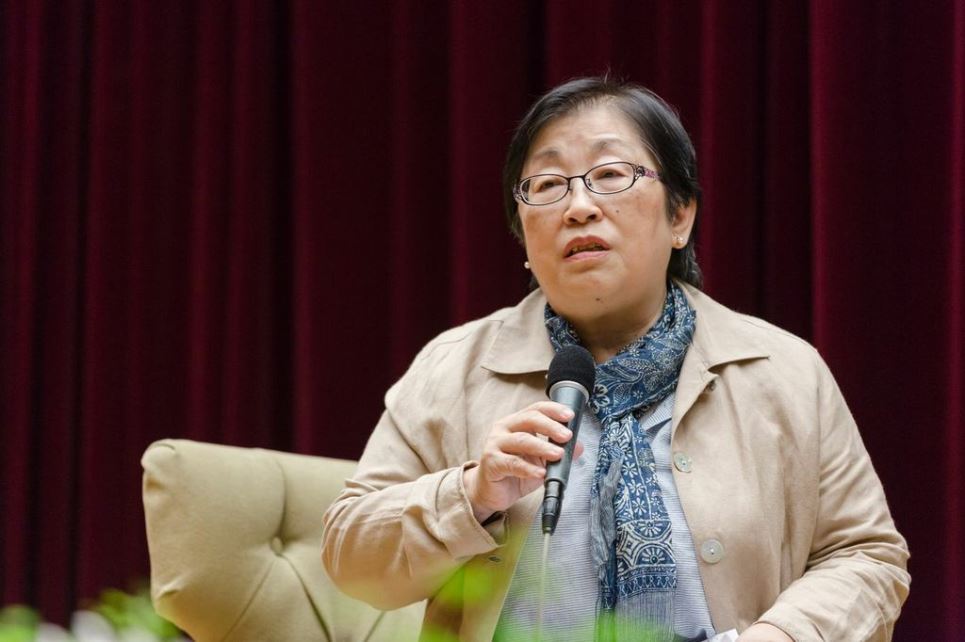 ‧ Chinese Name: 丘如華
‧ Date of Birth: August 29, 1946
‧ Birthplace: Guangzhou, China
‧ Did You Know?
In 1987, Chiu Ru-hwa launched the “I Love Dihua Street” movement, working to push for the preservation of 260 old homes and 110 historic facades in Taipei’s Dadaocheng area. If we also count in other buildings involved in related urban renewal and rebuilding reviews, that gives a total of 377 buildings. Through these efforts, Chiu proved to be a pioneering activist behind the creation of the Dadaocheng Historic District. Once the centenarian buildings of Dihua Street were restored, Chiu began to step back from working on that area specifically and became more active as a promoter of cultural preservation throughout Asia, working hard to protect the development of the region. In November 2020, her efforts saw her awarded the Order of the Rising Sun by the Japanese Emperor.

As the general secretary of the Institute of Historical Resources Management, Chiu Ru-hwa has been working in a non-profit capacity for many years to preserve Taiwan’s communities and cultural assets and to introduce new concepts and technologies. While she formally studied music, graduating from Wiener Konzerthaus in Austria, her passion for history led her to decide on working to preserve and revitalize cultural heritage in Taiwan and Asia Pacific region.

In 1986, Chiu set up the Leshan Cultural Foundation. The following year, as Taiwanese society faced the idea of the lifting of martial law, dueling ideas of preserving old buildings preserving old buildings and widening the roads came into conflict. Local homeowners and families generally lacked appreciation for their cultural heritage and began leaving their old neighborhood. In response, the foundation launched the "I Love Dihua Street" preservation campaign in the hope of arousing the public’s appreciation of local history and culture, as well as building a sense of continuity and development of the collective memory of Taipei City the concept of preservation.

Through the hard work of the foundation and National Taiwan University’s Graduate Institute of Building and Planning, together with some local landowners, a plan to exempt Dihua Street from demolition work as a “special planning zone” was finalized. In 2000, in addition to preserving the original streetscape of Dihua Street, priority was also given to preserving the 77 historic buildings in the shopping district.

Wanting to see what more she could do, in 1991, Chiu took part in the United Nations Regional Development Center Seminar in Penang, Malaysia, together with Taiwanese officials and other private citizens. This seminar gave her the opportunity to meet Professor Yukio Nishimura from Japan, marking the start of a deep connection with Japan that has continued for three decades now.

In 1992, Chiu went to Japan to participate in the National Historical Settlements Conference. Since then, virtually every year for almost 30 years, she has attended that conference alongside people from related fields in Taiwan, sharing Taiwan’s experience. During this time, she has also visited a number of settlements in Japan, studied the Echigo-Tsumari Art Field and Setouchi Triennale, and continued to build joint efforts with Japan.

Since 2000, as a member of the committee for the Dadaocheng Special Historic District, Chiu Zu-hua has been involved in examining 377 buildings in the district for urban renewal, rebuilding, or preservation purposes. Throughout this time, she has continued to advocate for each house and building to be subject to a historical study mechanism, leaving a record of the district’s valuable architectural and familial stories. Today, old homes are given their own "ID cards" as they are preserved.

In 2004, Chiu established the Institute of Historical Resources Management to promote the sustainable management of historical resources and spatial environments built around a concern for Taiwan’s history, culture, and environment. For her, history is more important than anything else, and her sphere of concern is thus not limited to just Dihua Street and Dadaocheng. No matter how remote a historical settlement may be, even as far-flung as the small villages of Southeast Asia and Northeast Asia, she will spare no effort to promote their conservation and preservation.

In 2013, Chiu led a team of Taiwanese artists to participate in the Fukutake House Asia Art Platform project in Shodoshima in Japan’s Seto Inland Sea. The following year, the team renovated an old post office there that had been left unused for years, helping revived memories of the 1960s for the residents of the community.

In 2020, Chiu Ru-hwa was awarded the Order of the Rising Sun by the Japanese government, a prestigious honor awarded every spring and autumn; the Order of the Rising Sun is awarded in six classes, with the one Chiu received, Silver Rays, being the highest. Chiu has been actively promoted cultural and community development exchanges between Taiwan and Japan for many years. She has remarked that the power of the people is essential and that through the people, Taiwan can accomplish a great deal in terms of international participation.