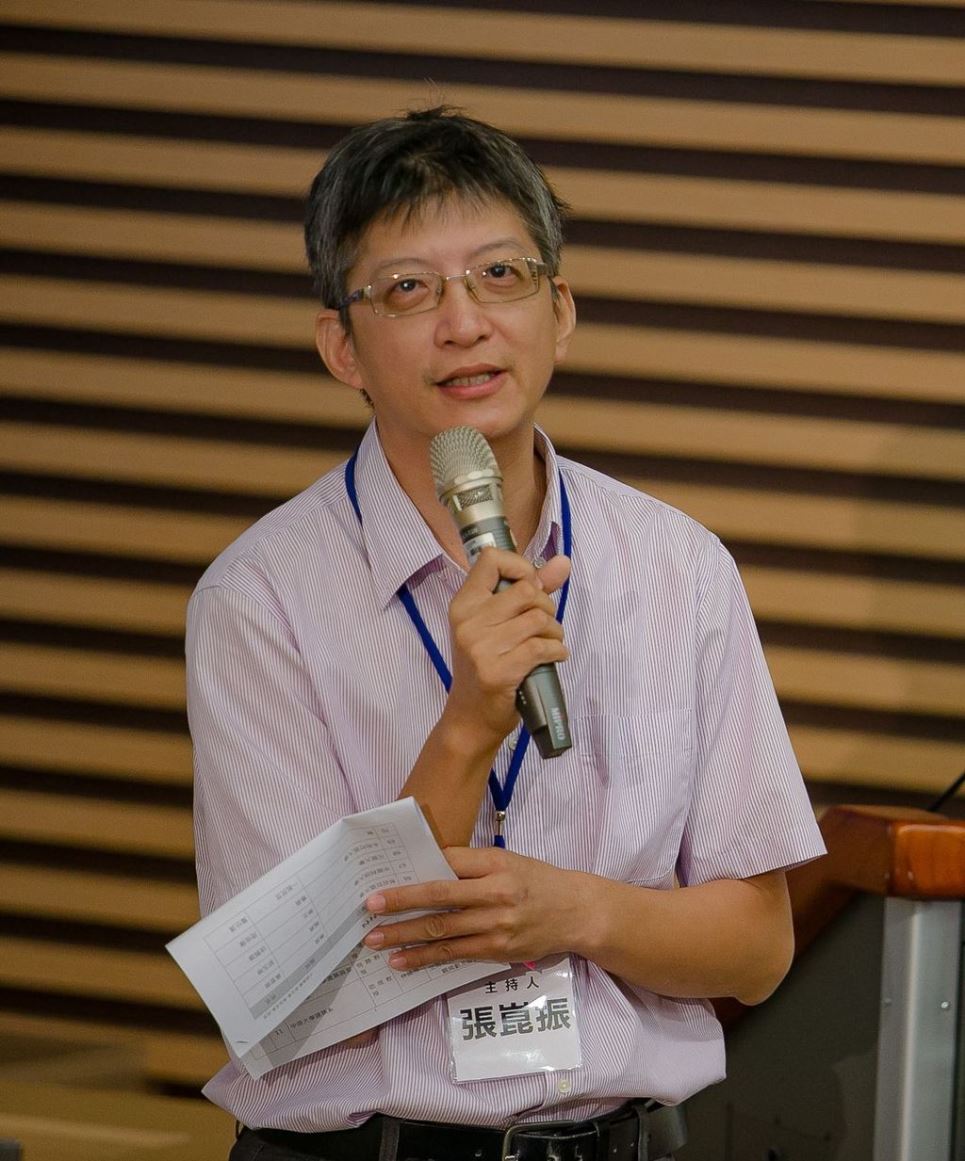 ‧ Chinese Name: 張崑振
‧ Year of Birth: 1970
‧ Place of Birth: Taipei, Taiwan
‧ Did You Know? Chang Kun-Chen explores how to revitalize industrial sites with sustainable management, give new meaning to sites with cultural significance, and promote public participation and social innovation as core tasks in the work of preserving cultural heritage, as well as conducting practical exchanges.

His research can be categorized into three themes: first, interdisciplinary discourse on the culture of built environments; second, historical and theoretical explorations of traditional architecture; and third, historical study of cultural heritage. He has headed up an interdisciplinary research project at Academia Sinica entitled “Sustainable Development in Anthropocene: Changing Urban Life in Taiwan,” including the sub-project “Research on the Urbanized Variation of Sacred Space: Comparative Study between Mazu Temple and Earth-God Temple of some Settlements in the Tamsui River Basin” (2015-2017).

Chang’s research has been presented in more than ten books and fifty journal and seminar papers. His latest achievements include the books “Family Heritage: The Story of Xinpu Ancestral Hall” and “The Cultural Landscape of Guandu Temple” in 2015 and “Finding the Contours of a Once Difficult Era: Taiwan 1945-1970” in 2016. He has been engaged in the investigation and preservation of Taiwan’s cultural heritage for more than 20 years and has also served as a member of the Ministry of Culture’s Historic Sites, Buildings, and Memorials Review Committee, the Settlement Cultural Landscapes Historic Sites Committee, and the Central Inter-Departmental Workgroup on Heritage Inventory, as well as working with the Cultural Heritage Committees of Taipei City and other counties and cities nationwide.

His 2010 book covers many studies related to the forts and batteries of Keelung, and as such, he has a deep understanding of these. He has also used this knowledge to compile several introductory guidebooks on the forts and batteries for the Keelung City Cultural Affairs Bureau, and these are excellent choices for those looking to understand the development of these historic sites. Between 2014 and 2016, he published books including “Taiwan’s Industrial Cultural Heritage Ecosystem and Values—Tobacco, Tea, and Sugar,” “Family Heritage: The Story of Xinpu Ancestral Hall,” “The Cultural Landscape of Guandu Temple,” and “Finding the Contours of a Once Difficult Era: A Handbook for Investigating and Preserving Buildings with Potential Public Value.”

Chang also published and presented a number of conference papers between 2013 and 2018, both domestically and internationally, on topics related to Taiwan’s modern architectural history. These included “Migration and Settlement: On the Change of the Spatial Power of the Family of Pan Shuxian in Xinpu during the Qing Dynasty,” “Changes in Research on Taiwan’s Architectural History: A 30-year Retrospective,” “The Contemporary Social Origins of the Great Buddha: From the Great Buddha of the Buddha Hall at Fo Guang Shan,” and “Viewing the Changes of the Landscape of Guandu Pass from the Guandu Temple Migration.” Chang’s international conference papers have included “A Review of the Initiation and Transformation of Local Architectural History Research in Taiwan” and “The Development of Urbanization in Towns in Taiwan’s Tamsui River Valley: A Study of Earth God Temples.”

From 2014 to 2019, Chang Kun-Chen also took part in a number of local government and Bureau of Cultural Heritage projects in Taiwan, conducting surveys and restoration/reutilization projects such as the Project to Restore and Reutilize the Hualien County Historical Monument to the Development of Wuquan Town, the Project to Investigate the Restoration and Reutilization of the Baohe Temple in Luzhou, and the Project to Inspect and Counsel the Management and Maintenance of Cultural Heritage (Historic Sites) in Taipei City. Through such projects, Chang has been able to make profound contributions to the ongoing efforts to preserve Taiwan’s valuable cultural heritage.

Throughout his work, Chang Kun-Chen has explored how to revitalize industrial sites with sustainable management, give new meaning to sites with cultural significance, and promote public participation and social innovation as core tasks in the work of preserving cultural heritage, as well as having conducted practical exchanges.