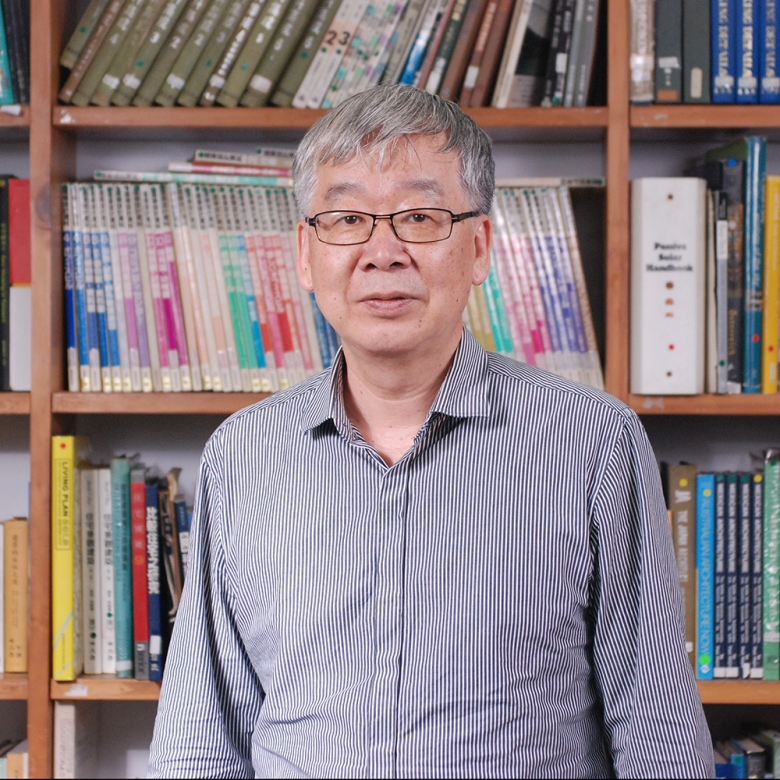 ‧ Chinese Name: 黃瑞茂
‧ Year of Birth: 1962
‧ Birthplace: Changhua, Taiwan
‧ Did You Know?
Huang Jui-mao is an environmental planner who has been dedicated years to focusing on urban landscape design and spatial planning in Tamsui; he calls himself an “urban ranger.” He has long been concerned with the various issues facing urban space in the process of social transformation in Taiwan, including historical preservation, ecological sustainability, the right to the city, public art, and social housing. His drive to do what should be done stems from his belief in professional ethics, and this commitment is slowly becoming a universal value in modern society.

In 1993, Chen Zhiwu and Zeng Xuzheng, who were both faculty members of the Department of Architecture at Tamkang University and members of OURs, felt that the living environment in Tamsui was rapidly being destroyed by real estate speculation, and that local professionals should do something to create different opportunities to transform the urban space. To this end, they founded the Tamsui Community Studio, which has been engaged in environmental transformation work ever since, including environmental education, citizen action, and transformation of local spaces, emphasizing community participation in the process and assisting the local government in developing urban preservation and creative city actions and plans for the Tamsui area.

In 1993, under the commission of the Tamsui Township Office, the Tamsui Community Studio proposed the “Danshui Riverside Recreation Plan.” During the planning process, they not only engaged with local cultural groups and community residents in Tamsui about the future direction of the area, but also spurred the county government and the township office to begin actual renovation projects of living spaces, including the planning and design of the Danshui River riverside bicycle path, the reconstruction of the public toilets at the Shique Jetty, and the reconstruction of the temple square and market in front of Fuyou Temple.

In 1994, he participated in the Council of Cultural Affairs’ Community Building Program, promoting the spatial renovation of traditional cultural buildings in Tamsui and in Xinkang, Chiayi. At the same time, he actively participated in the planning and design of the riverbank space between Guandu and Fort San Domingo, prompting the Taipei County Government to finally complete the entire Danshui Estuary Bicycle Path project in 2005 and laying the groundwork for Tamsui’s recreational landscape management taking a turn for the deeper.


In addition to professional work to improve the local living space, the Tamsui Community Studio also collaborates with the Tamsui Local Care Society to promote and participate in the rescue of natural and human resources, and to propose the concept of "cultural map construction as regional revitalization." In recent years, the focus has shifted to the management of Tamsui’s living world in conjunction with a program from Tamsui Community College, with a special focus on Tamsui as a location for growth education and lifelong learning.

Over the years, Huang Jui-mao has spared no effort in working for Tamsui, participating in a number of redevelopment projects and planning cases, and even being recognized as Tamsui’s “Most Distinguished Arc and Cultural Creator” in 2008.

Since 2012, he has served as chair of the Board of Directors of OURs. Taking on this role was a turning point in his career, marking the beginning of his combining the design of participatory citizen deliberations, the Agenda 21 framework, and joint thinking about spaces for dialogues on issues. In the past, the focus of community creation was on “what kind of lifestyle do we want,” but influenced by the result of the 2018 election, this shifted toward “what kind of lifestyle do we choose.” This evolution can be traced back to how Taiwan, after achieving industrial development, has accumulated a variety of capital and is now capable of really considering the ideals that we put into practice.

In recent years, Huang has been promoting "working with society" through the University Social Responsibility (USR) program, facilitating the restructuring of school institutions; in addition, he has been using workshops to bring people closer to the local reality, hoping to build a "learning city." Using his profession to change the land he cares about, Huang Jui-mao is putting his personal core value of "integrating space (design) into life to drive societal change" into effect one step at a time.