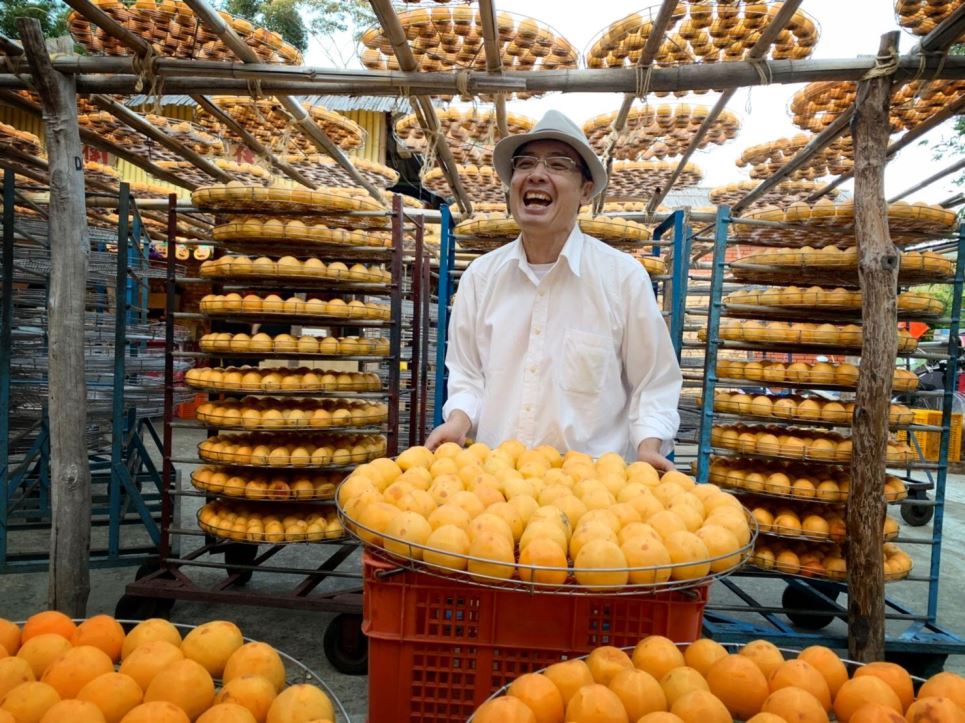 ‧Chinese name: 陳邦畛 (陳板)
‧ Date of Birth: December 11, 1960
‧ Place of Birth: Hsinchu, Taiwan
‧ Did You Know?
Chen Bang-jen is a renowned expert in the literature and cultural history of the Hakka people and an authority in the field of cross-community relations and community building. For more than 30 years, he has devoted himself to grassroots work with Hakka culture, and his articles on the Hakka and their culture, architecture, and theater have appeared in a number of newspapers and magazines, while the results of his long years of investigation of Hakka culture have been disseminated through lectures, lessons, and images. His work continues to this day in the hopes that one day "Hakka culture will be part of everyone’s culture."

Born in 1960, Chen Bang-jen is currently the chairman of the Hakka Public Communication Foundation, the director of the Community Empowerment Society of the Republic of China, and a former visiting professor at the Department of Architecture Art Conservation at the National Taiwan University of the Arts. He grew up in a Hakka Village and is conversant in the Sixian, Hailu, and Raoping dialects of Hakka. Despite Hakka being his mother tongue, however, he only had the chance to use it with family and in the village.

In the late 1980s, the Taiwan Localization Movement began to take shape, along with the Return My Mother Tongue Movement in 1988, which became the birth of the Hakka movement. Influenced by these, Chen began to think that Hakka culture should not be just about language, but also about Hakka spaces, communities, and culture, and so he began to study these in earnest.

In 1988, he published "Fengkongism—Community Building in Jinshanmian," about local Hakka community-building efforts in Jinshanmian, near the Hsinchu Science Park. He also authored “A Chronicle of the Land of Liujia Village,” a record of the Hakka cultural history in the Hsinchu High Speed Rail area. To get closer to the local area, he served as editor-in-chief for “Everyone Writes Village History: An Operational Manual for Participatory Community History,” inviting people from the community to write the stories of their villages together, including the indigenous communities, family villages, and other villages, to build community through cross-group exchange and write the history of the community of Taiwan as a whole.

In 1989, while he was engaged in community building work, Chen and his friends established Studio 3 to actually execute on their ideas about the integration of architecture and culture.

In 1990, he collaborated with documentary filmmaker Peng Chi-yuan to document Hakka culture in Taiwan through visits and filming, and traveled to China and Malaysia to visit Hakka communities there. The process of this took some 10 years to complete. Previously, Chen had been involved in the Small Theater Movement, conducting cultural observations of folk religion, rites, and theater throughout Taiwan. This would, after the lifting of martial law, become the first stage of the Taiwan New Culture Movement, seeing the community begin to take part in the practice of local culture, seeking liberation from the authoritarian past and creating a new future.

Chen’s mission to keep Hakka culture alive derived from Hakka architecture. Not only does he record the culture, he also hopes to preserve it, and so in 1996, he co-founded the Community Empowerment Society of the Republic of China with President of Academia Sinica Lee Yuan-tseh, serving as its first director. Through cooperation with professionals in various fields, he was able to look at specifically local Hakka cultural development from a variety of perspectives. During this period, Chen not only served as a lecturer, advisor, and reviewer, but also played an important role in the promotion of central community building.

In 2004, he filmed a documentary to assist the Hsinchu government with research on water-based culture in the area; this film became the first work in Taiwan to link this culture with mass communication. In 2005, he was invited by Hakka TV to host “Taiwan’s Long History,” interviewing Hakka people who had distinguished themselves in various fields. This program was nominated for the Best Cultural and Educational Information Program Award and Best Cultural and Educational Information Program Host Award in 2005, and the Educational and Cultural Program Contribution Award in 2006.

In 2006, Chen became the executive director of Hakka TV and later served as the director of the Public Television Service from 2008 to 2011.

From 2018 to 2020, he served as the cultural director for the Romantic Route 3 Project Office, launched by the Hakka Affairs Council, planning and promoting a culturally oriented national Hakka Renaissance Program and assisting the Council in organizing the "Romantic Route 3 Art Festival."

Since 2019, he has been the inaugural chairman of the Hakka Public Communication Foundation. A national unit dedicated to the promotion of Hakka media, they operate the nationwide "Talking Hakka Radio," combining new media digital convergence technologies to keep the Hakka language and culture moving with the times. In addition, the national Hakka quarterly magazine Tien Fa was launched in 2020, boasting an innovative Hakka aesthetic that was well received by people throughout society. There was also the start of the "Speak Hakka" project and a wide range of activities to show the world Hakka culture through innovative, modern means.

For more than 30 years, Chen Bang-jen has worked on almost every major project around Hakka issues, from the Hakka Public Policy Seminar to the planning of the Liudui Hakka Cultural Park. He believes that the true depth of Hakka culture has yet to be fully explored and that cross-cultural communication will continue, and in fact must continue if we are to cultivate Taiwan as a base for the revival of Hakka around the world and promote Hakka culture as part of ordinary life.