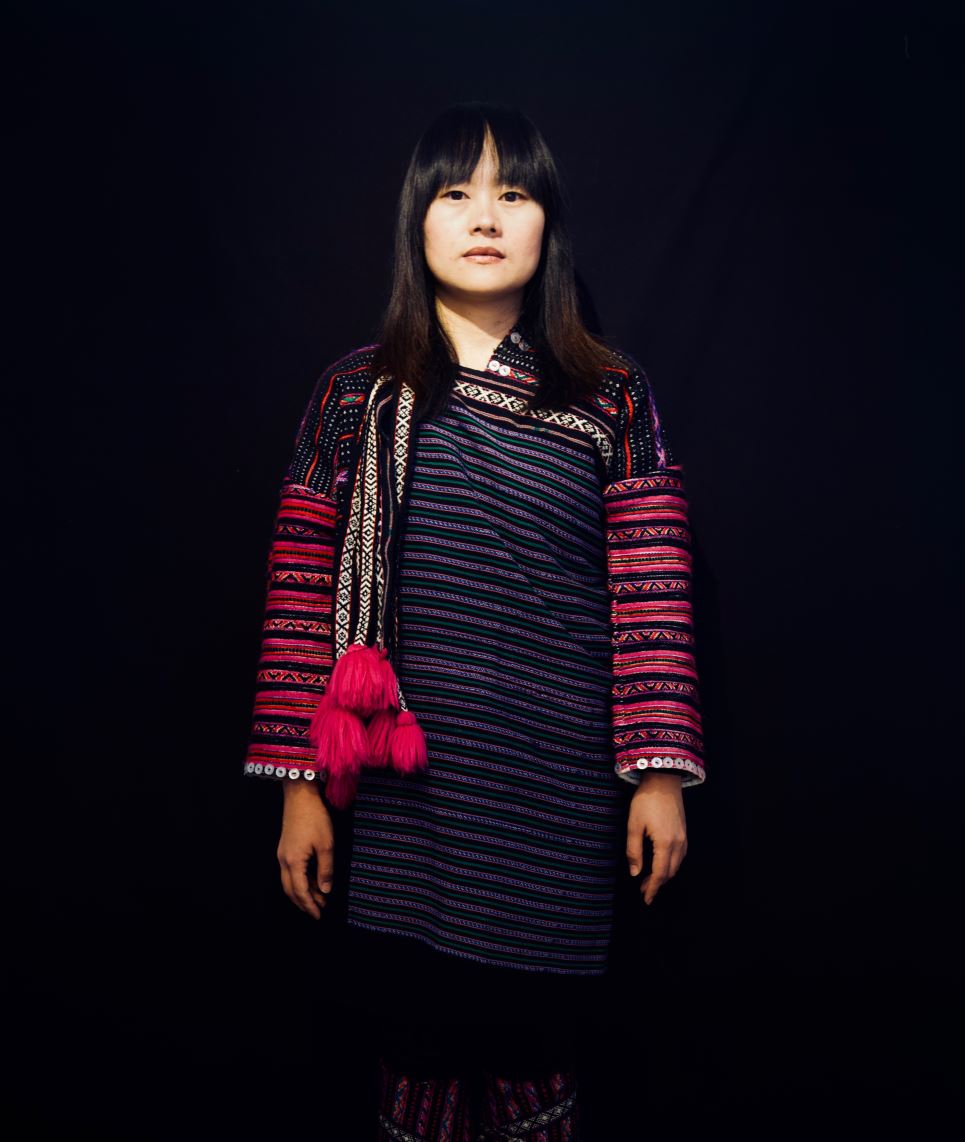 Chinese Name: 莎韻西孟
Year of Birth: 1982
Place of Birth: Taichung City, Taiwan
Did You Know?
Sayun Simung is a Tayal from the Sqoyaw village(known more commonly as Huangshan in Mandarin) in Taichung, she may not be a professional videographer or have all the most high-tech professional equipment, but she has nonetheless been able to form her own team and record the stories of her people as part of an ongoing effort to discover her cultural roots. Among her films, "Millets Back Home" was selected in 2013 for Japan's Yamagata International Documentary Film Festival, the largest documentary film festival in Asia. Through visits into the heart of the tribal village, she has taken the lead in creating filmic interpretations and presentations of Tayal culture, in the process evolving from spectator to practitioner as a documentary filmmaker and becoming an important bridge for the communication of the tribe’s culture.

Sayun Simung graduated with a degree in Radio and Television from the National Taiwan University of the Arts, after which she worked as a reporter for the Taiwan Indigenous Television and Era TV stations, and also served as a documentary project manager for the Public Television Service. Her work saw her involved in the documentary "A Year in the Clouds," which left a profound impression on her. She discovered that not all of the people from Huangshan tribe planted millet. She later learned that this was because about half a century ago, the Nationalist government had asked the Sqoyaw people to abandon traditional farming and switch to crops of higher economic value, like peaches. This experience inspired her to return home, which she did in 2011 as a substitute teacher, recording the stories of the tribe through her lens.

Continuing on from her graduation project, "Looking for Trakis," and the short documentary "Love in Sqoyaw," she began working on "Millets Back Home," completing what she called the "Homecoming Trilogy." The three films were presented from the director's point of view, narrating the everyday stories of three families in her tribe after her return from the city. The films present indigenous people as subjects and not simply as "indigenous performers."

The main focus of "Millets Back Home" is the traditional staple food of the Tayal people, millet (called trakis in Tayal), with the film highlighting the situations of young people leaving their hometown, the conditions of mountain agriculture, and the loss of their traditional culture, reflecting the dire straits that Taiwan’s indigenous peoples find themselves in. Through the screenings, more aboriginal youths were inspired to think about their own position, and people living on the plains could learn about the tribe, sparking more exchanges and discussions while showcasing the importance of preserving traditional culture. In 2013, the film was selected as the closing film of the Canadian Indigenous International Film Festival; in 2015, it was selected for the "New Asian Currents" section of the Yamagata International Documentary Film Festival in Japan, the largest such festival in Asia, becoming the first time a Taiwanese film in official competition that presents the indigenous issues.

Through her involvement in the revitalization of the tribe's millet culture, Sayun Simung, as a documentarian, has gone from being a spectator to a practitioner, extended her actions to the tribe's people by promoting the "Millet Restoration Park" and founding SQ Film Studio. The Tayal does not have a written language, passing on their culture purely orally. Focusing on "Retracing Roots," Sayun Simung began researching the tribe's migratory history, uncovering the routes they took and working with the youth on community mapping. Through this, she was able to tell the story of their tribal land from the perspective of the Sqoyaw people. After two years of field research, she produced the documentary film "The Way of Sqoyaw." In 2020, "The Way of Sqoyaw" was selected for Women Make Waves Film Festivals in Taipei and Taichung. Other works by Sayun Simung include 2012's "Love in Sqoyaw" and 2018's "Qyawan."

Her approach to filming is less concerned with flashy special effects and complex stories than with actual documenting the stories of the tribe. However, she has also admitted that with society still generally concerned with "mainstream values," engaging in culture-related business not only takes time, but can also struggle to generate income, so finding talented people to work with her has proven to be a challenge. Nevertheless, she perseveres and advocates for the right of indigenous people to tell their stories rather than having to settle for letting others to interpret them from their external perspective.

After many years of development, Sayun Simun's goals have moved from seeking a sense of tribal identity to setting down roots in the tribe, building the village up and playing her own role in its future, keeping their traditional culture alive.