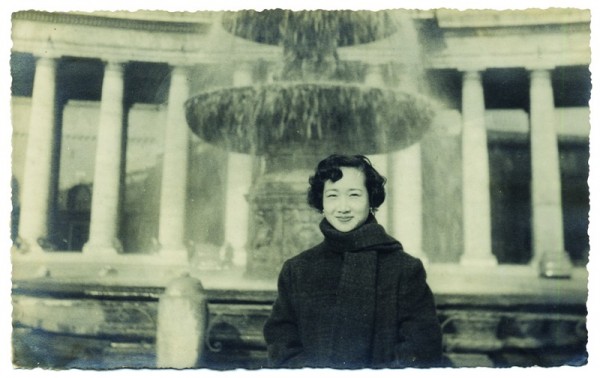 Shen Xue-yong is a renowned vocalist and pioneering music educator who plays an influential role in Taiwan's development of modern music since 1956. She has also toured Europe, Japan, and the U.S. as a vocalist. Shen's lifelong dedication to fostering music talent earned her the National Award for Arts in 1995.

Shen developed an interest in music from an early age, and her singing talent was discovered as a student at Chong Qing Normal University. Shen then began to learn vocal music and continued her studies at Tokyo University of the Arts after marrying her husband, who had to move to Japan for work.

During her studies at Tokyo, Shen was mentored by Italian vocalist Mme. Dina Notargiacomo, who later took Shen to receive advanced training in Italy in 1953. Though Shen's outstanding vocals earned her numerous performance opportunities in Italy, she decided to return to Japan for her family.

While continuing her studies in Japan, Shen held a solo concert that was critically acclaimed by Japanese music critic Ginji Yamane (山根銀二). In 1955, Shen was invited to hold a concert in Taiwan and entertain troops with songs. Her performance deeply impressed Taiwanese audiences, which prompted Education Minister Chang Chi-yun (張其昀) to invite her to teach music in Taiwan.

Upon finishing her studies in Japan the next year, Shen decided to enter the education field. She first helped establish and organize music departments in Taiwan, then designed the system and curriculum for music to include composition, piano, wind music, string music, vocal music, and Chinese music.

In 1957, Shen served as the first chairman of the Music Department of the National Taiwan University of Arts at the age of 28. Later, at the age of 64, she also served as director of the Council for Cultural Affairs, the predecessor of the Ministry of Culture.

As a music educator, Shen also actively promotes cultural diplomacy through music. She has represented Taiwan to visit countries including Austria, Germany, Italy, the U.K., the U.S., Hong Kong, South Korea, and the Philippines to exchange ideas and learn from her foreign counterparts, thus paving the solid foundation for music education in Taiwan.