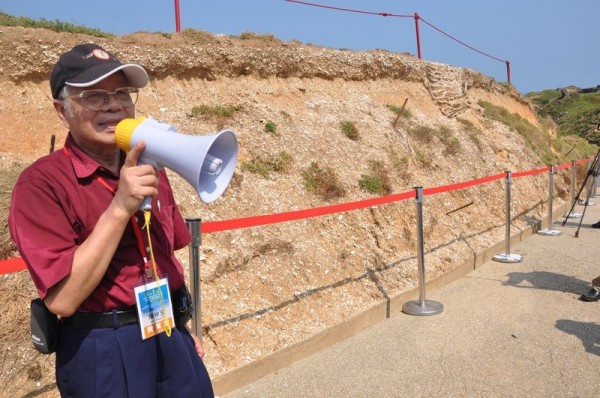 Chen participated in his first excavation and field trip in 1972 when he was a history student at the National Taiwan Normal University. That winter he was given the opportunity to join a team led by notable archaeologist Sung Wen-hsun (宋文薰) to examine the Niuchouzi Historical Site in Tainan.

Chen Chung-yu is a scholar and heritage preservationist who has dedicated decades to investigating the historical heritage and archaeological roots of Taiwan. Some of the major findings by Chen include the earliest Austronesian site on the Matsu Islands and the Qubing remains in Nantou. He was recognized by the 4th National Cultural Heritage Preservation Awards for his contributions.

Before life as an archaeologist, Chen first worked as a cartographer at the Academia Sinica's Institute of History and Philosophy after finishing high school. There, he was commissioned to safeguard Taiwan's cultural relics that were being shipped to New York for the World's Fair in 1964.

Since 1979, Chen started working as a researcher who was responsible for conducting surveys on historical monuments across Taiwan. The next year, Chen discovered that there were large amount of prehistoric tools in Nantou's Qubing Village, and identified the Qubing remains in 1987 after conducting three excavation projects.

Chen was also instructed by then Director Lee Yuan-tseh (李遠哲) of Academic Sinica to study the history and archaeology of the South China Sea. He has since published several research papers on Taiping Island and the Pratas Islands that serve as important resources for archaeological studies today.

In 2001, Chen was commissioned to conduct research on the Matsu Islands, where he excavated three prehistoric sites, five historical sites, and two well-preserved skeletons - respectively dating 8,300 and 7,500 years old - on Matsu's Liang Islet.

After analysis, the two skeletons were proven to be the earliest Austronesian remains in South Asia, overturning the prevailing theory about the origin of the Austronesian peoples. His findings have unveiled the rich history and 8,000-year heritage of the Matsu Islands to the world.

Chen's life work has helped both local and international researchers better understand the prehistory of Taiwan. In addition, he has successfully established an archaeological station at the Matsu Folklore Culture Museum to nurture a new generation of local archaeologists to safeguard Taiwan's heritage.