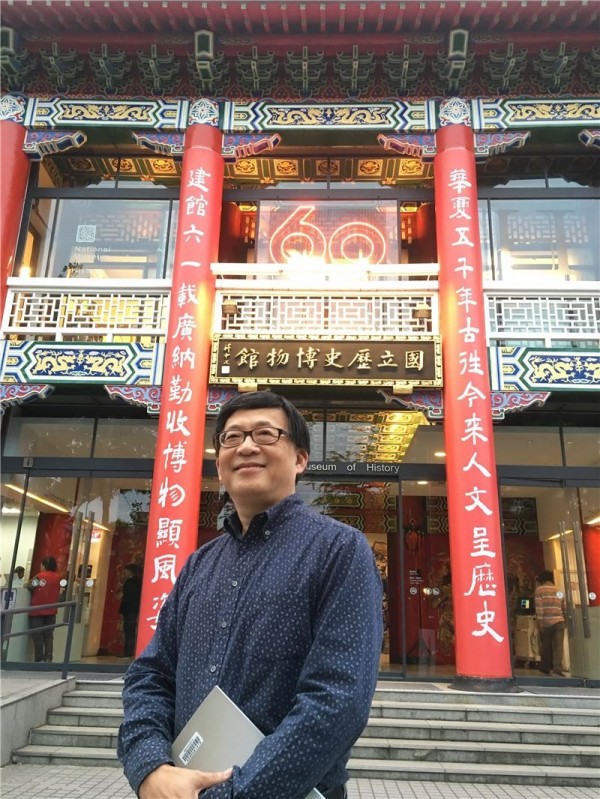 Chang Yui-tan is a leading figure in the field of museum studies in Taiwan. He has played an important role in developing museums and prompting cultural exchanges between Taiwan museums and their overseas counterparts. He has also dedicated more than three decades of his life to promoting museum education and fostering museum professionals.

Chang started his museum career as a fish specimen manager at the National Taiwan Museum in 1980, and his job responsibilities included research, management, and exhibition display. Chang worked there for three years and became determined to make museums his lifelong vocation.

He then joined the preparatory office of the National Museum of Natural Science, and participated in establishing the first modern science museum in Taiwan alongside renowned Taiwanese architect Han Pao-teh (漢寶德). Chang was also co-founder and editor-in-chief of Museology Quarterly, which provides up-to-date theories and stories for museum professionals.

After finishing his Ph.D in England, Chang started to teach at Tainan National University of the Arts in 1996 and helped establish Taiwan's first graduate institute of museology. He was appointed to the team responsible for drafting and reviewing the legislation for the then-proposed Museum Act as well.

In 2010, Chang took up the post of director for the National Museum of History, where he digitalized archives, upgraded facilities, and improved the overall environment of the venue. Also, Chang encouraged private sector firms to partner with the museum in developing cultural and creative products. Today, there are nine souvenir shops selling products inspired by cultural relics housed by the National Museum of History.

In 2013, Chang was voted president of the Chinese Association of Museums. He began to advocate international exchanges, seizing the opportunity for Taiwan to host four conferences of the International Council of Museums in 2014 and attracting international attention to Taiwan museums.

Chang's passion about museum has even led him to write books. "Exploring Contemporary Museums (當代博物館探索),” "Observations on the Trends of Museums (博物館大勢觀察),” and "EcoMuseum: the Rise of a Cultural Movement (一個文化運動的興起)” were written to advocate museum education.

Though Chang has announced his retirement in January 2017 after serving seven years at the National Museum of History, he has stated that he looks forward to embarking on a different journey to pursue his vocation for museums.