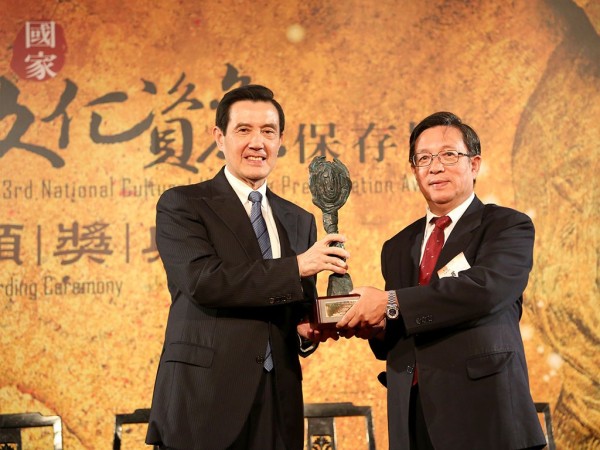 Tsang Cheng-hwa is an esteemed scholar internationally recognized for his dedication to academic knowledge and excavation of prehistoric sites in Taiwan. He was the recipient of the Wu San-lien Humanities and Social Science Award for the anthropology category (吳三連人類學類獎) in 2005, and the director of the National Museum of Prehistory from 2002 to 2006.

Tsang was originally uncertain about pursuing archaeology studies. It was the encouragement from his high school teacher and cousin that led him to choose the major at the National Taiwan University, and even then he intended to transfer to another department in sophomore year.

However, he changed his mind after going on an excavation trip to the Beinan Archeological Site (卑南遺址) in Taitung County. The trip to Taitung solidified his interest in archaeology and he continued to pursue the same field at Academia Sinica, the highest academic institution in Taiwan, and went on to receive his Ph. D. at Harvard University.

Tsang's interests lie in the prehistory of Taiwan and Southeast Asia. Some of his achievements in this field include a large-scale excavation of archaeological sites in the Southern Taiwan Science Park area (南科考古遺址), in which findings can be dated back from the Neolithic age to the imperial Qing dynasty.

Another excavation he led was at the Basian Caves (八仙洞遺址), where they discovered remnants of a fireplace, proving that the oldest prehistoric culture in Taiwan was based off the cliff walls on the east coast of Taitung.

In recent years, Tsang has also emerged as a leading professional in underwater archaeology. Over 20 years of research has led him to believe that there are numerous undersea treasures around Taiwan proper and its nearby islands, and he has participated in exploring and preserving such underwater heritage.

In 2015, Tsang also assisted in rescuing survivors of the TransAsia Airways Flight 235 crash by leading an underwater archaeology team to sweep the river, using metal detectors that could sense metal accessories on the passengers.

Tsang remains a strong advocate for the development of underwater archaeology, noting that Taiwan is an island surrounded by rich oceanic resources. His discoveries of a number of key archaeological sites have also unveiled the culture diversity of prehistoric Taiwan. His unceasing research and academic efforts was recognized by the 3rd National Cultural Heritage Preservation Award in 2014.