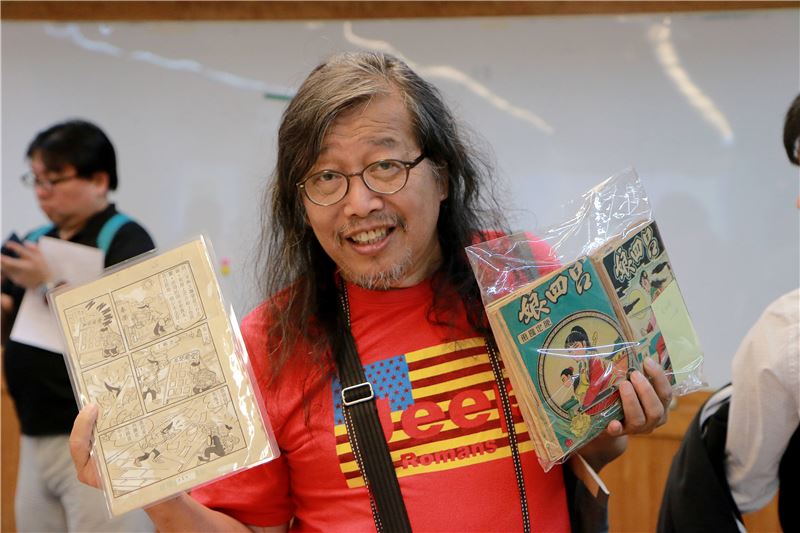 As a comic book collector and historian dedicated to promoting Taiwan comics, Hong De-lin has collected over 60,000 tomes. He also published the first encyclopedia of Taiwan comics titled "A Foray into the First 40 Years of Taiwan Comics (台灣漫畫四十年初探)" in the 1990s, and established the first comics museum in Taipei to offer insights into the development of comic book culture in Taiwan.

Hong became interested in comic books after reading the comic strip "The Seven Heroes and Five Gallants (七俠五義)" he won in a lucky draw when he was an elementary school student. Since then, he has engaged in collecting and studying the history and culture of Taiwan comics zealously for decades.

His passion led him to study in Japan for ten years. Having learned Japan's manga culture and industry, he returned to Taiwan to work as an editor-in-chief and writer for several magazines and columns. In 1984, Hong also initiated the first national comics competition, which helped discover artists such as Zhu De-yong (朱德庸), Chen Uen (鄭問), and Xiao Yan-zhong (蕭言中).

Later he released "Looking through Taiwan Comics (台灣漫畫閱覽)" to offer a comprehensive angle on the history of Taiwan comics. Dividing the history into six phases, Hong illustrates the characters of Taiwanese comics of each era. The publication has become the best handbook for studying such history in Taiwan.

Hong's rich collection is now preserved by the library of the National Chiao Tung University today. His ultimate goal is to create a unique Taiwan comics culture through education, exhibition, talent incubation, and international exchange.