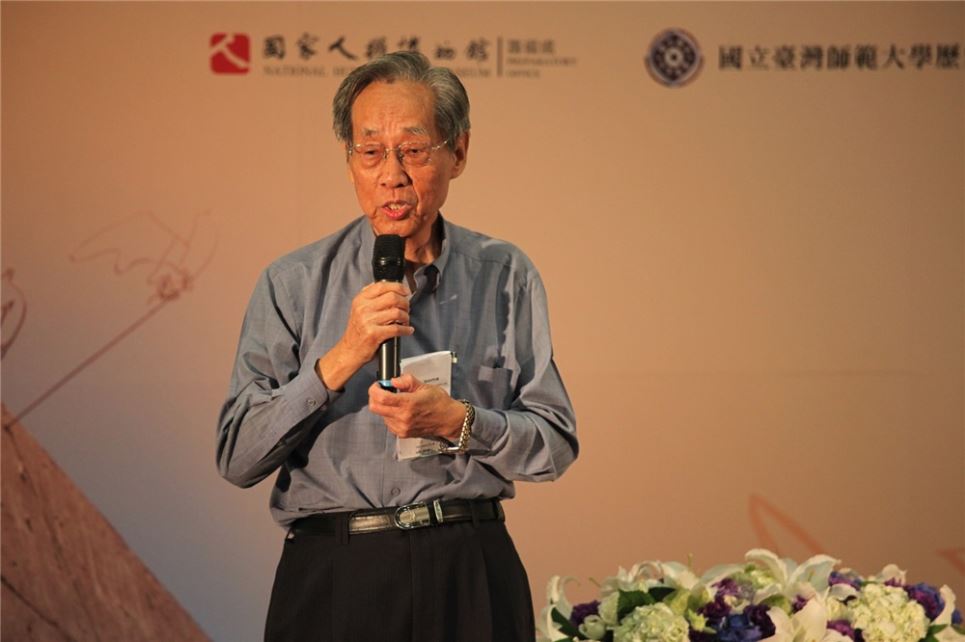 Tsai Kun-lin is a White Terror political victim who helped publish comic works despite the authoritarian environment in Taiwan from 1949 to 1987. In spite of the suffering and obstacles he went through, Tsai never ceased to devote himself to cultural affairs. He was recognized with the 2018 Golden Comic Special Contribution Award for his contribution to Taiwan's comics.

Born in the Japanese colonial era, Tsai enjoyed studying and performed significantly well as a student at the Taichung Municipal Taichung First Senior High School. His teacher thus encouraged him to join the school's reading society.

Affected by the inflation following the end of World War II, Tsai decided to help his father support their family after finishing high school, and found a job as a civil servant at Taichung City Qingshui District Office. The next year, Taiwan entered a period of martial law that lasted for 38 years, and Tsai was arrested by a plainclothes officer while working in the office that September.

Without a clue, Tsai was tortured to confess that he joined an illegal organization ― the reading society, which was considered by authorities then as illegal, and was falsely accused of handing out leaflets for pro-communist bandits. The extracted confession made him part of the first batch of political prisoners shipped to Green Island. He was imprisoned for a full decade.

After release from prison, Tsai's fluency in Japanese and English helped him to work as an editor for a news agency and several publishing companies, as well as a translator for Japanese manga. Later he also completed courses on the French language and French literature at Tamkang University.

In 1966, Tsai established "Prince Semi-Weekly (王子雜誌)," which mainly published children's comics.  "Prince" dodged the "Guidelines to Publishing Comic Strips (編印連環圖畫輔導辦法)" enforced by the government in 1962 for surveillance, and helped publish works by many Taiwanese comic artists. "Prince" became one of the most noted and popular magazines among children in that era.

Two years later Tsai established the Prince Publishing Company to publish literary series for children. The company released a total of 400 issues of "Prince" and 218 volumes of literary series, which facilitated the publishing development of children's books in Taiwan.

Though the company was closed in 1983 due to financial difficulties, Tsai applied to work for the Cathay Life Insurance Education Center, which aims to help underprivileged children in remote areas. He later served as editor-in-chief for "Bella (儂儂月刊)" magazine to continue promoting cultural affairs.

Now nearing his 90s, Tsai remains active in the advancement of human rights and transitional justice. He often leads tours of Taiwan's sites of negative heritage, and was invited as a special guest at the opening of the National Human Rights Museum. A short documentary on his life, complete with English subtitles, is available below: