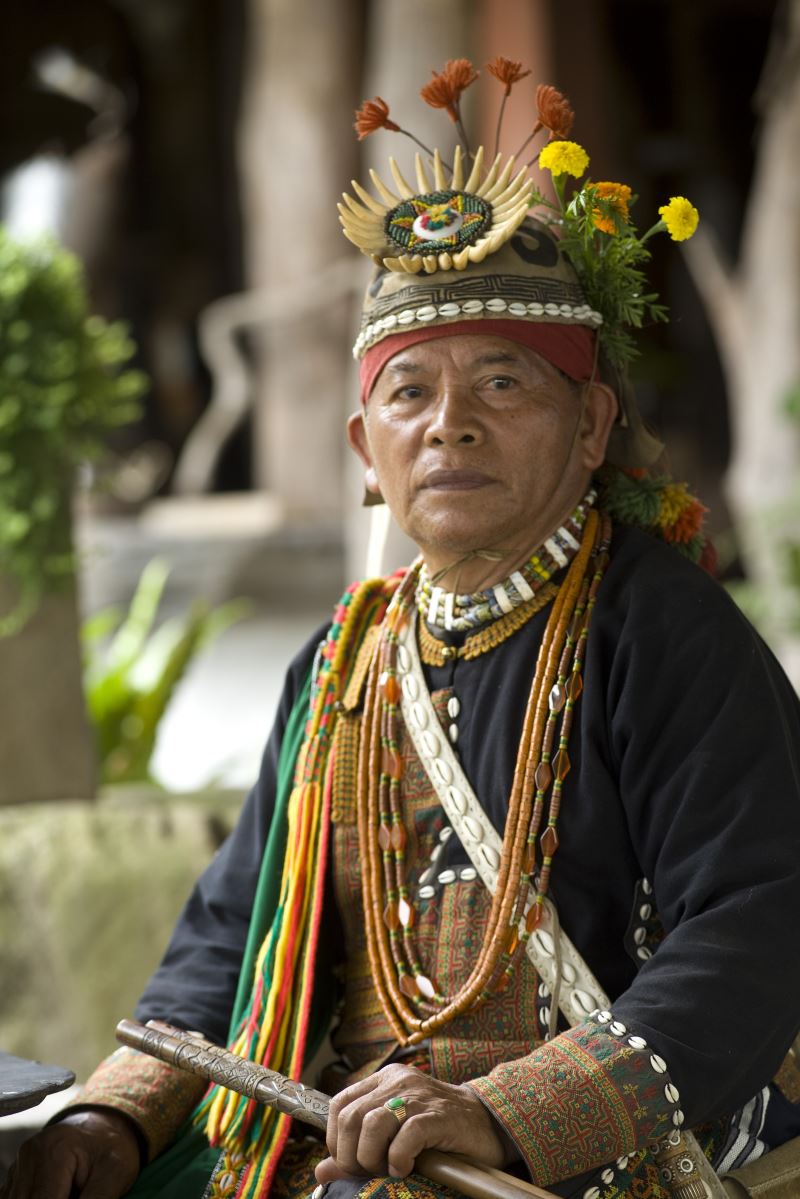 In 2011, Paiwan nose-flute player Pairang Pavavaljung (also known by his Chinese name Hsu Kun-chung) was registered by the Ministry of Culture as a preserver of this important traditional performing art. His combination of performing talent and handicraft skills have earned Pavavaljung the nickname Pulima, literally "the many-handed" and meaning "one skilled in craftsmanship and whose hands can tell stories."

A resident of Tavaran village (known in Chinese as Dashe) in Pingtung's Sandimen Township, Pavavaljung began learning from his father the art of making nose-flutes at age 12, and by age 16 he was a skilled player. Through his playing, he not only performs soul-comforting melodies, but also conveys genuine emotion. His music also accompanied the 1995 film "Connection by Fate (also known as 'Super Citizen Ko,' 超級公民)," winning the Best Score award at the Asia Pacific Film Festival that year.

In 1988, Pavavaljung joined a group with members from the indigenous Paiwan, Rukai, Amis, and Bunun tribes under the leadership of Professor Hsu Tsang-houei (許常惠). Together, the "Taiwanese Aboriginal Culture Touring Group" traveled to France and Germany to perform, even appearing on the Maison de Culture du Monde's "Musique polyphonique des aborigènes de Taiwan" album, on which Pavavaljung can be heard performing a nose-flute piece for Paiwan weddings.

In addition to playing indigenous nose-flute pieces of both old and new compositions, Pavavaljung is also from a long lineage of artisans and is a skilled carver. His fine craftsmanship has produced a number of iconic indigenous items, including traditional flutes, bronze knives, bows, and a variety of accessories and carvings.

Pavavaljung’s family continues to be deeply involved in cultural work. His eldest son, Sakuliu (撒古流．巴瓦瓦隆), is a well-known craftsman, while his second son Etan (伊誕．巴瓦瓦隆) is an artist dedicated to documenting tribal village life and a Paiwan nose-flute graduate of a Bureau of Cultural Heritage program.

The nose-flute is the most iconic of the Paiwan people's traditional instruments. Composed of two bamboo pipes, one has holes and is used to play melody, while the other, lacking holes, serves as accompaniment. In Paiwan legend, the two pipes are considered two brothers bound together. Unlike the often raucous and upbeat sound of Western instruments, the Paiwan nose-flute creates a gentle, melodious sound that calls to mind the breath of the Earth and the sighs of falling leaves, reaching deep into the soul.

In early Paiwan society, only noblemen and tribal warriors were allowed to play the nose-flute. Today, no such restrictions apply, and under the instruction of elder artists such as Pavavaljung, a growing number of people are picking the instrument up.

Having been named a preserver of an important traditional art and recognized for his outstanding making and playing of the twin-pipe Paiwan nose flute, Pavavaljung continues to live up to both parts of his reputation. Even at the age of 83, he continues to pursue his mission of keeping this heritage alive, while also expanding into teaching the production of the Paiwan nose-flute.