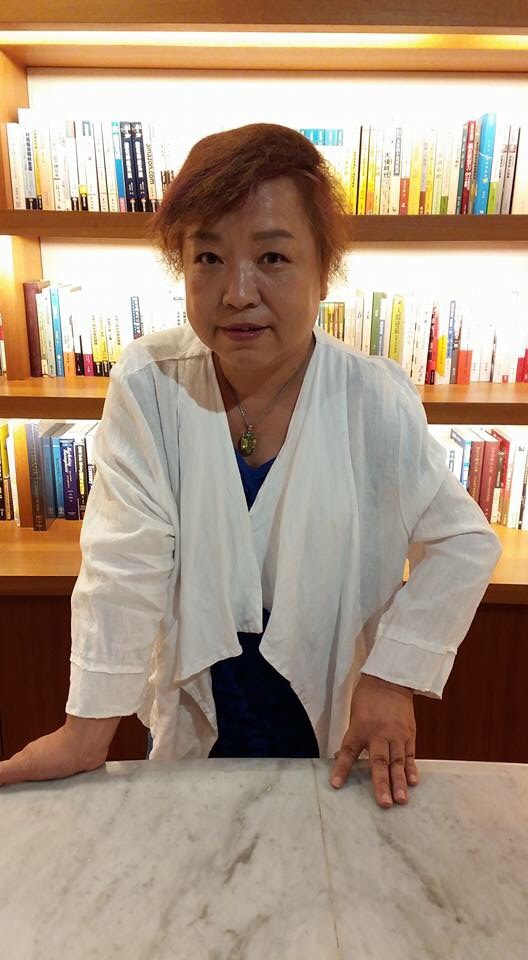 Chen Su-fang is an editor at one of Taiwan's most respected publishers, with a strict insistence on literary standards and experience in a wide range of forms, genres, and authors that have made her a trusted editor for literary creators. Not only has she worked on important elements of Taiwan's literary heritage by publishing collections of poems, essays, and short stories, she is also a strong advocate for children's literature awards and contemporary Taiwanese children's literature. Chen was the recipient of the Special Contribution Award at the 42nd Golden Tripod Awards and the second May Fourth Editors' Award.

After graduating with a degree in Chinese from National Taiwan University, Chen joined Chiu Ko Publishing Company (九歌) as an editor in 1982, quickly earning the recognition of founder Tsai Wen-fu (蔡文甫) and rising through the ranks to become the company’s chief editor. The first book Chen worked on with Chiu Ko was No. 101 in their "Chiuko Library" series; today, she has edited up to No. 1294.

Chen has seen Taiwanese publishing go through peaks and valleys, both issuing works by veteran masters of modern literature like Liang Shih-chiu (梁實秋) and Liu Hsia (杏林子) and discovering rising new talents in a variety of genres. She has continually kept pace with changes in Taiwan's literary climate and has proven a dab hand at developing strategies to stay competitive in the modern publishing market.

Beyond contemporary literature, Chen also has a long history with children's literature — she helped start the Chiu Ko Modern Children's Literature Awards in 1992 to encourage an elevation in the standards of works for younger readers and of those readers' ability to appreciate good literature. She also hopes that by encouraging a literary bent in young children, the awards will help inspire more Taiwanese writers to create works for these promising readers.

Chen has been with Chiu Ko Publishing Company for nearly 40 years and worked on the publication of over 1,000 titles. She has seen the golden age of Taiwanese publishing and the current less prosperous period. One could rightly say that she is both witness to and active participant in Taiwan's literary history. Chen says that she considers each book to be like a dream, and that she is a companion to the authors as they construct new worlds with the written word. She urges all of Taiwan's writers to hold onto their pens and to continue in their cultivation of the country's literary heritage.