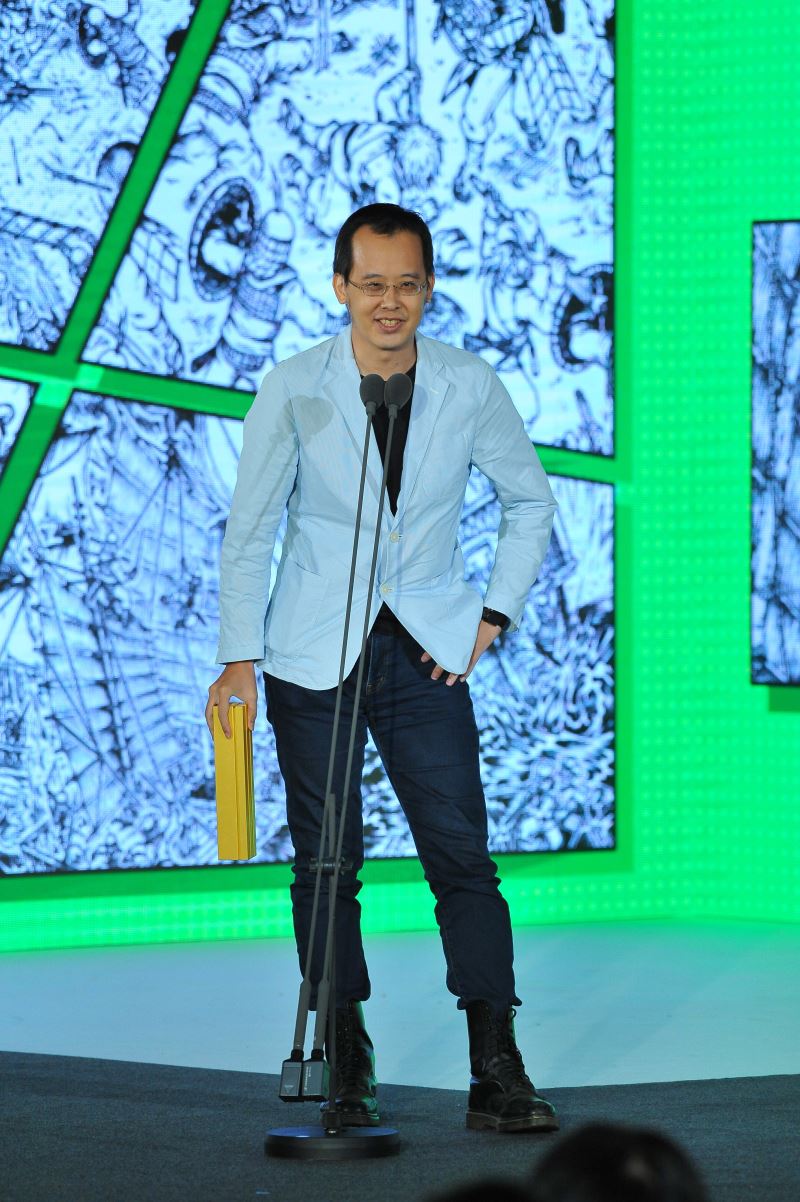 The works of Li Lung-chieh show the impact of one of his big influences, American comic book artist Geof Darrow, of "Hard Boiled" and "Big Guy and Rusty the Boy Robot" fame. Li is particularly skilled in drawing scenes of large-scale warfare, and has previously been involved in Academia Sinica's Creative Comic Collection program and Taiwan Comix. His works include "Taiwan Determination: Legend of Beigang (新世紀北港神拳)" in 2013, "Ichthyophobia (怕魚的男人)" in 2015, and "1661 Koxinga Z (1661國姓來襲)" in 2017.

Li brings an experimental attitude to his creative work, trying new ideas like comics without dialogue boxes and storylines themed around Taiwanese history. His participation in the Creative Comic Collection program gave him the chance to explore using historical materials in comics, and planted the seeds for his project "1661 Koxinga Z."

In 2016, his comic "Ichthyophobia" won Li an International Manga Award from Japan and the title for Best Comic for Young Adults at Taiwan's 7th Golden Comic Awards. The entire comic was drawn without computer assistance and with no dialogue boxes, yet the hand-drawn art produced a complete story permeated with a haunting feel.

In 2017, Li published "1661 Koxinga Z," a comic on Taiwanese history that tells of the surprise attack launched by Zheng Chenggong (鄭成功, also known as Koxinga) on Tainan's Luermen region as he attempted to take Taiwan. Thousands of men from the Dutch East India Company fought back, only to be driven out by Zheng's 25,000-strong force.

Mangasia was the world's first exhibition built around the history of Asian comics, with the mission of showcasing the diversity of those comics. In his Nantes workshop, Li taught attendees how he draws figures from the Age of Sail, using "1661 Koxinga Z" as an example.

That October, Li also won the Best Comic for Young Adults and Comic of the Year awards at the 9th Golden Comic Awards and expressed his hope that he would be able to pass on a knowledge of Taiwanese history through his comics and help showcase the values reflected therein.

In January 2019, Li took part in the Taiwan Pavilion at the Angoulême International Comics Festival. The pavilion's theme was "Taiwan Comic Trio," build around the trio of classic, contemporary, and cutting-edge Taiwanese comics. Li joined several other Taiwanese comic artists in actively promoting Taiwan's unique brand of comics on the international stage.