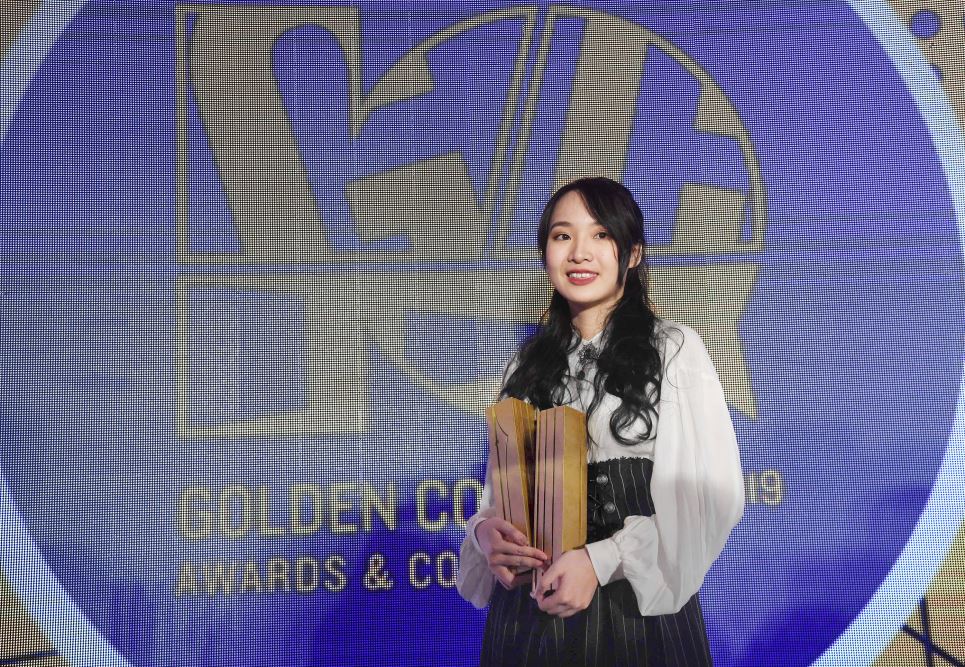 Comic artist Monday Recover is known for her young adult comics with notable works including "Love of Sandstorm (戀愛沙塵暴)" and "The Pink Ribbon (粉紅緞帶)." She won the honors for Comic of the Year and Best Comic for Teenage Girls at the 10th Golden Comic Awards in 2019.

Monday Recover has always had a love for reading comics and grew up with them. She started drawing comics herself beginning from high school, and it took roughly seven years to become recognized as a professional.

At the time, she couldn't think of a pen name for herself and kept that line on a submission sheet blank until the deadline. The deadline was on a Monday and when she heard a Taiwanese recycling truck play its song, she decided on "Monday Recover (星期一回收日)" as her pen name. Her comic artist idol is Japanese manga artist Asumiko Nakamura (中村明日美子), whose Japanese name also has six characters, so Monday Recover thought the same and wanted a pen name with six Mandarin characters.

Monday Recover started her comics-drawing career by first being an assistant for the "Kano" and "PI Student Union (P工學生會)" series published in "Dragon Youth Monthly (龍少年漫畫月刊)," a monthly comics magazine. Her first time in the spotlight was for her work "One Timing!!" that won the gold award (金賞) for Best Comic for Teenage Boys at the Tongli Publishing Original Competition (東立原創大賽).

In 2016, Monday Recover worked with Taiwan Television Enterprise, Public Television Service, and Gala Television on a production of the QSeries piece "Love of Sandstorm (戀愛沙塵爆)," a comic adapted from the rom-com television series of the same name. Her work was well-received by both viewers and readers alike.

In 2017, while working at Tong Li Publishing's "Star Girls (星少女)" monthly comics magazine, she start on "The Pink Ribbon." Through the beautiful illustrations of the author, "The Pink Ribbon" tells of a campus love story between two teenage girls, embellished with Lolita fashion and replete with complex emotions.

Lolita fashion is a subculture originally from Japan that is highly influenced by Victorian clothing styles with the added Japanese aesthetics of cuteness and eye-catching features such as voluminous petticoat skirts. Monday Recover illustrates this style rosily well.

From February 2018 through March 2019, her "The Basics of Food (食物，原來如此！)" comic strip was published in "Global Kids Junior Monthly (未來兒童月刊)," in which the alien Yami teaches children about different kinds of food. Also in 2018, she worked with writer Yang Shuang-zi (楊双子) on the 40-page comic novelette "Heaven on Earth (地上的天國)," which was published in the "Creative Comics Collection (CCC, 創作集)" monthly Vol. 4 and 5.

Her winning publication — "The Pink Ribbon" — was praised by judges of the Golden Comic Awards as an innovative, emotional experience that broke through traditional boundaries and conceptions of comics for teenage girls, leaving a lasting impression and showcasing the potential of the new emerging generation of Taiwanese comic artists.

The 25-year-old Monday Recover speaks softly and her clothing reflects her illustrative personality; elegant and gentle, with simple yet intricate ornamentation. She has also mentioned that she is a fan of both Japanese fashion and Zei (致怡), another highly stylistic and successful Taiwanese female creator of comics.

Monday Recover said that in addition to promoting a sense of fashion and her beloved style, she hopes to convey the concept of "love without gender" in her works.