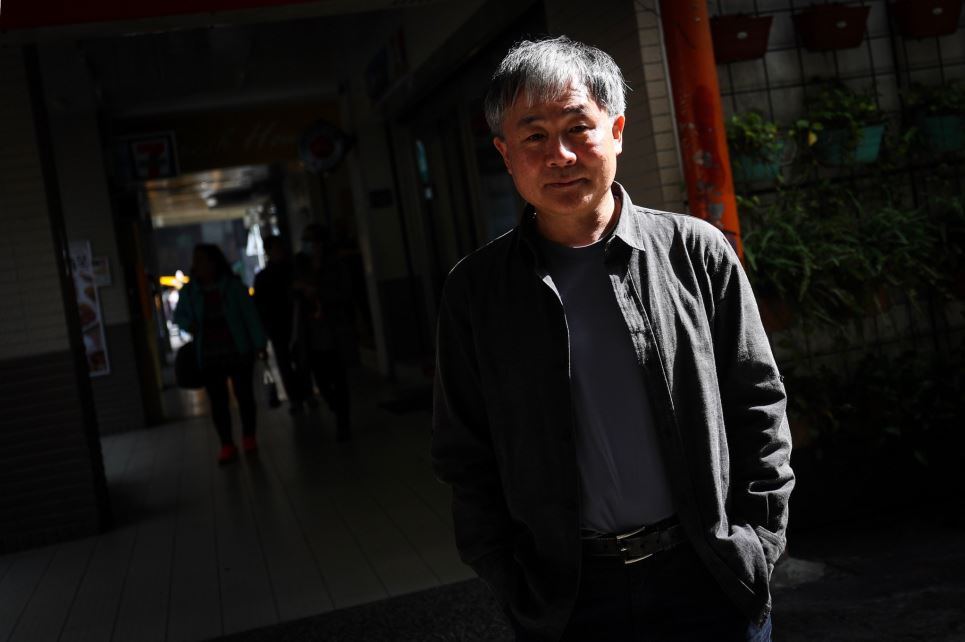 • Name: 廖鴻基
• Born: 1957
• Birthplace: Hualien
• Did You Know That …?
To raise awareness of marine conservation and deepen the public's understanding of the coastal ecosystem that surrounds the islands of Taiwan, Liao launched a project called the "Kuroshio 101 Rafting Plan (黑潮101漂流計劃)" in 2016, for which he drifted alone on an unpowered raft from Taiwan's southeastern coast to its northeastern coast with the help of the Kuroshio Current, which flows alongside eastern Taiwan.


While the sea has been a central theme for many writers over the years, the Hualien-born author's writing is unusual in the way he weaves the sea and his own life together, as well as how he sees the ocean as a medium for reflecting on humanity's relationship with nature.

Feeling a compulsive desire to hop on a boat and sail fearlessly through the vast oceans, Liao Hung-chi (also credited as Liao Hung-gee) left behind a steady job and a promising retirement plan with the Taiwan Cement Corporation to become a fisherman at the age of 30 despite fierce opposition from family and friends.

"Once you get familiar with office work, you finish your tasks in no time and spend the rest of the day staring at the sunny world outside the window and feeling trapped," the soft-spoken writer of ocean literature recalled.

While helping out at a friend's shrimp farm in Indonesia in the 1980s, Liao learned about the February 28 Incident through books that had been banned in the Southeast Asian country amid anti-Han Chinese sentiments. The novelist said though he was raised and educated in Taiwan, such historic events still felt rather remote. "Why hadn't I had the opportunity to learn about them?" he wondered.

In 1988, the May 20 Farmers' Movement — the most intense conflict between police and civilians since the lifting of martial law in 1987 — took place in Taipei. Liao, a marine conservation activist, figured that he should not be away from home at such a critical junction and thus returned to Taiwan. In the following years, he threw himself into social movements and, when dozens of cement plants were set to start operations in his hometown of Hualien, began engaging in environmentalist activities there.

However, he was once again overwhelmed by a feeling of being trapped and ineffectual, driving him back to the life of a fisherman. Despite it taking half a year for him to get past the seasickness, Liao says he prefers working up a sweat under the sun. "Manual work is good for your health," he stated.

In 1998, Liao founded the Kuroshio Ocean Education Foundation (黑潮海洋文教基金會), a Hualien-based organization dedicated to promoting public awareness of ocean preservation. Over the twenty-some years since, Liao has been documenting marine data and launching projects to safeguard biodiversity. Each time he returns to land, he comes back with a new literary work through which he seeks to connect the people of Taiwan with the ocean.

Liao had never thought he would become an author. It was writer Chen Ruei-lin (陳瑞麟), who writes under the pen name Chen Lie (陳列, also credited as Chen Lieh), that encouraged him to pick up a pen and just write.

Liao published one book after another around the ocean and the life of the fisherman, including his novel "The Changing Changes of March (三月三樣三)," which won the 1996 Wu Chuo-liu Literary Award's grand prize for fiction, while his collection of short stories "Dingwan (丁挽)" bagged the China Times Literature Prize in 1993.

When it comes to writing, Liao has a talent for translating his days sailing on the high sea into words. His 2013 work "Floating Island (漂島：一段遠航記述)" documents a journey from Kaohsiung that takes him through the South China Sea, Malacca Strait, and Indian Ocean, and then across the South Atlantic. Readers are able to witness through his eyes the despair suffered by those who work in the deep-sea fishing industry.

Once asked if he ever considered getting into politics over marine conservation, the introverted Liao replied that he is not interested in dealing with the kind of interpersonal communication which has always played an essential role in politics. The preservation of his native land, Hualien, and Taiwan's ecology are the only things he hold truly dear, Liao added.