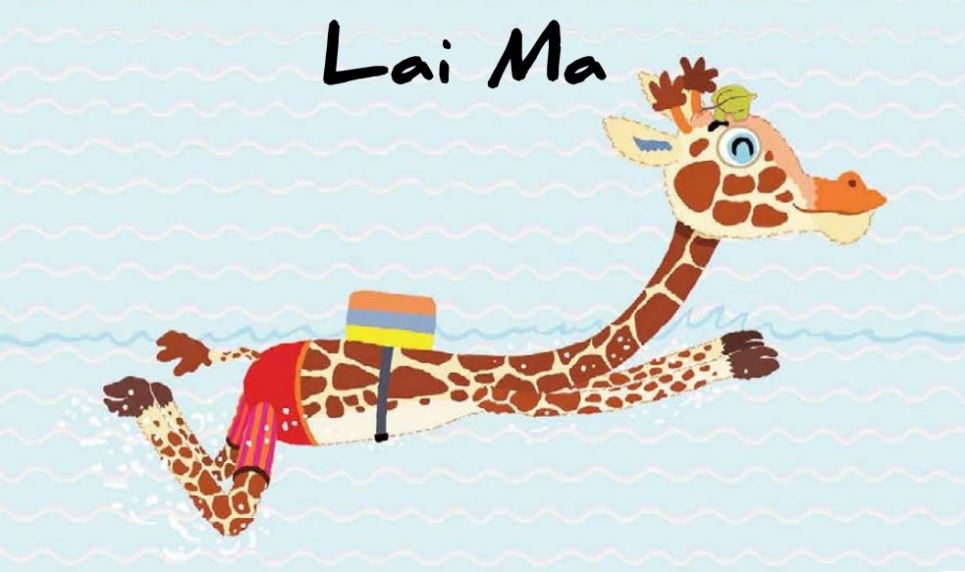 Drawing and writing have always come naturally for Lai Ma. Therefore, he chose to study at the art department at Xiehe Vocational High School (協和商工, now known as Xiehe Youde High Schoo l臺北市協和祐德高中). After graduating, Lai found work as an art editor at a children's daily newspaper while freelancing as an illustrator for children's literature and creating comic strips.

In 1995, he published his first book "I'm Breathing Fire! (我變成一隻噴火龍了!)," which was greeted with critical acclaim and won an award from Mandarin Daily News (國語日報). After the success of his first story book, Lai went on to become a full-time illustrator and author, and he has never looked back.

"I'm Breathing Fire!" was inspired by his frustration with being bitten by mosquitos, which became a humorous story book about a small monster who turns into a fiery dragon when bitten by mosquitos. At the same time, the story book teaches children how to face their own emotions and how to turn anger, fear, and worry into positive strength, which is a rare topic in Mandarin-language picture books.

Lai's works are imaginative, colorful, and vibrant with a delightfully humorous tone. He won almost every major prize for children's literature in Taiwan then, ranking No. 1 on Eslite Bookstore's best-selling booklist for three consecutive years. In 2007, he was invited to speak at the Osaka International Children’s Literature Museum. Lai was also awarded in the 2014 Golden Tripod Awards' Children and Juvenile category (兒童及少年圖書金鼎獎) and honored by the Feng Zikai Outstanding Children’s Picture Book Award (豐子愷兒童圖畫書獎佳作).

Throughout his 20-plus years of experience, Lai retains a fondness for using animals as his main characters, finding them more familiar, interactive, and easier for children to relate with. He is like a humorous master of visual communications who understands the psychology of young children. His works have been translated into English, Japanese, Korean, and many other languages, gaining countless young fans around the world.

Lai's works may seem simple and relaxed, but there is a rigorous structure in each story, with small details laid out in ingenious ways. Reasonable and logical at the same time, the stories can be read over and over again, each time revealing different details and points of view.

For example, "When I Woke Up (早起的一天)" is a story about different animal characters as they wake up and start their day. Lai carefully designed many plots and layouts on each page, giving children new surprises every time they read the story book.

Lai said his inspiration comes from daily life and rational observation. Lai also believes that creators must endure isolation in order to discover themselves through the creative process. Therefore, he places a bit of himself in each of his works. Another example of his thinking process is when he wrote "Now Do You Know Who I Am? (猜一猜 我是誰？創作20週年紀念版)," which he drew for 8 hours every day and eventually took him three and a half years to complete.

In this picture book, there are 33 different animal characters, from the familiar kittens, pigs, monkeys, and turtles, to the rarer owl, raccoon, skunk, and cricket. Not only does the picture book teach children about different types of animals, it also teaches numbers. The illustrations are also exquisite and beautiful, displaying Lai's creativity and humor while also providing fun and enjoyment to his readers.

Together with his wife, Lai opened a picture book gallery in Taitung to invite children and families into his fun world of illustration. They now put on regular events to further inspire the imagination of children.